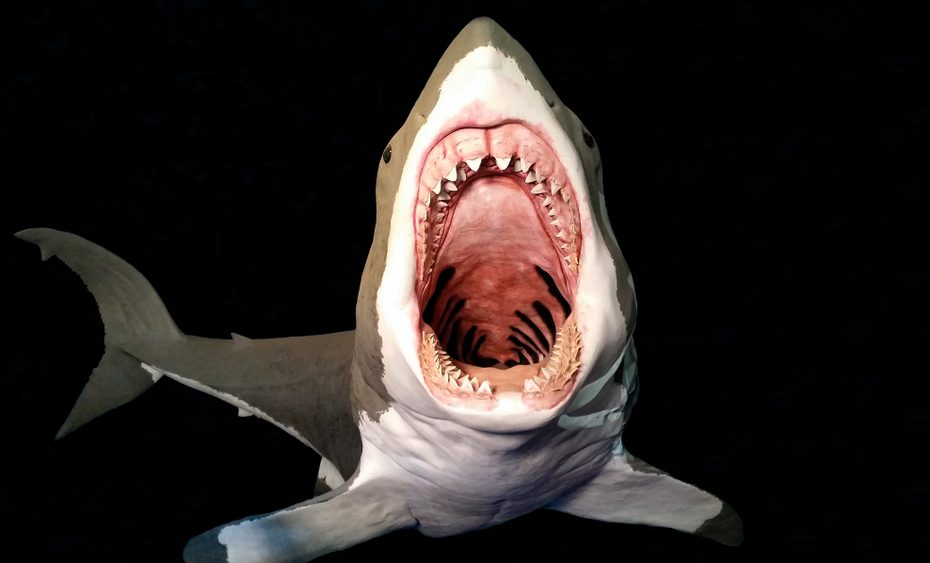 What’s up with the animal kingdom lately? You have snakes crawling in people’s ears, elephants attacking people, lions, tigers, and alligators doing what they do. Bears have become increasingly aggressive and comfortable around people. I even had a squirrel give me a sideways look the other day. It’s unsettling at best. Most of the animal kingdom has inherent physical advantages over humans. They can run faster, climb higher, jump farther, and are much stronger than people. Thank goodness for our higher brain functions or we would all be lunchmeat! Except Democrats. The buffet is open there.

As far as the marine world, pretty harmless, right? I mean, you have sting rays like the one that killed the Crocodile Hunter, but that was a fluke, wasn’t it? And sharks. Sharks are terrifying and getting more aggressive as they come closer to the shore seeking snacks. As long as you stay on shore or in the boat, you are safe, aren’t you? Sharknado was just a movie. Well, some fishermen off the coast of Maine found out just how serious sharks are. Check this out from Outkick:

A group enjoying some fishing off Monhegan Island in Maine were shocked when a 7-foot-long mako shark jumped in the boat, according to News Center Maine.

At one point in the video, a man can be seen rushing for a ladder to get out of the shark’s way as it thrashed around.

Ok, that’s a big shark. Most of us have never even seen a 7-foot person up close, no less a 7-foot fish. Terrifying stuff. I am unclear what a “mako” shark is. I suspect mako might mean “flying” in some other language. To heck with the ladder, I am looking for a gun, or a spear, or a ride home.

This has been a wild summer for critter attacks. We have had sharks buzzing swimmers in Daytona Beach, gators crushing skulls in Florida, rattlesnakes killing snake EXPERTS in West Virginia, lions dining on innocent pedestrians in India. Who can blame them really? I am firmly #teampeople, but maybe all of the years of cow tipping are catching up to us. Maybe the animal kingdom has had enough of our nonsense. Maybe the frat boy pulling the shark out of the water and “rassling” it on a Manhattan Beach was the proverbial tipping point. Maybe nature has had enough!

I have a theory and hear me out. The animal kingdom is communicating with each other. I don’t know how they are doing it cross species, but treachery is afoot, and your cat or dog might have some insight. Head on a swivel people! Forget climate change as an existential threat, we need to be preparing ourselves for the inevitable onslaught of squirrels, house cats, and chickens. They are so unpredictable with their flappy wings and pecking!

We have enough as a species to worry about with the economy, crime, social unrest and day to day survival, we need animals on our side. Next time you see a squirrel frozen in the road, try not to hit him. Next time you feel like tipping a cow, don’t. See a stray cat, well, don’t pet it. Stray cats are lunatics. Point is, be nice to our animal friends and maybe they will call off the attack. #teampeople