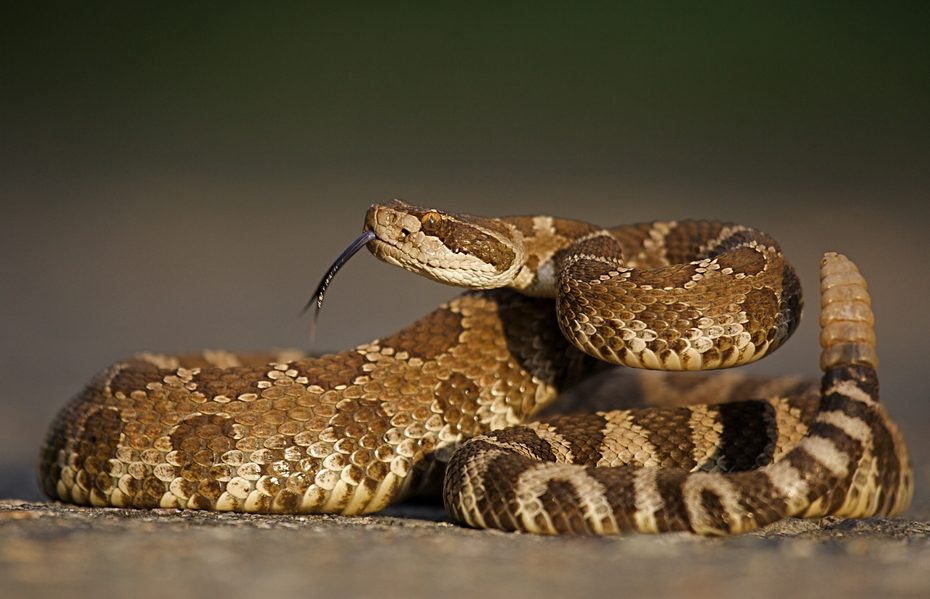 Ever heard the old expression “play with fire, you might get burned”? Of course you have. It sounds simple enough, right? If you don’t want to get burned, you don’t play with fire. That is, unless fire is your thing.

People take crazy risks every day, especially for things they are passionate about. Ever jumped out of a plane? I wouldn’t but for some people that’s their thing.

What about action sports? Crazy stuff there. I’d never mountain bike down a trail! Too many snakes!

That brings me to snakes. Some people are fascinated with them. Ever have that friend that was obsessed with catching snakes down at the creek? Yea, that guy or girl was probably a psycho. I tried to limit how many crazy people I hung out with.

Sometimes people take their obsessions to the next level and make a lifelong career out of them.

Unfortunately, if you play with fire long enough, or snakes as is the case, you probably will get burned (bitten).

Recently a West Virginia rattlesnake expert met an untimely end at the hands of his obsession. Or fangs, since snakes don’t have hands. Let’s slither over to Fox News for the details:

A respected snake researcher has died after he was bitten by a Timber rattlesnake.

William H. “Marty” Martin died on August 3, one day after he was bitten by a captive Timber rattlesnake on his property in Harper’s Ferry, W.V.

John Sealy, a rattlesnake researcher from Stokesdale, N.C., told the AP that Martin was perhaps the foremost authority on Timber rattlers.

Martin was known throughout the snake expert world for his field work and research — and for his ability to find and document a species that is hard to locate.

Sad fate, dying at the hands of something you have poured a lifetime of care and dedication into. Snakes don’t care. They don’t have emotions or empathy.

We all see the snake people from time to time, guys with ball pythons around their neck, or a cage full of snakes at home. Psychos. Those snakes would eat all of us given the opportunity.

This begs the question, if Martin were bitten by a captive rattler at home, and he was a renowned researcher, why didn’t he have anti venom, or at least seek medical attention. This seems like it was an avoidable death.

Martin continued to make arduous mountain hikes to document and count snake populations in remote sites despite his advanced age.

Timber rattlers tend to avoid humans and are known to be docile and often won’t bite even if they’re accidentally stepped on.

Martin’s passion for snakes was lifelong, the AP noted.

As a boy, he found a population of Timber rattlers in the Bull Run Mountains that was previously unknown — and convinced a herpetologist to come out and verify his find.

Certainly, a tragic end for a man that spent his entire life in the woods, caring for snakes.

If he had only had a garden hoe with him, he might still be alive today. Kidding, snake people!

How many of us can say we died doing what we love? Obviously, no one wants to die, but if happens in the pursuit of doing what you love, there could be worse ways to go. Maybe. I’ll choose pretty much anything over a snake bite, thanks.