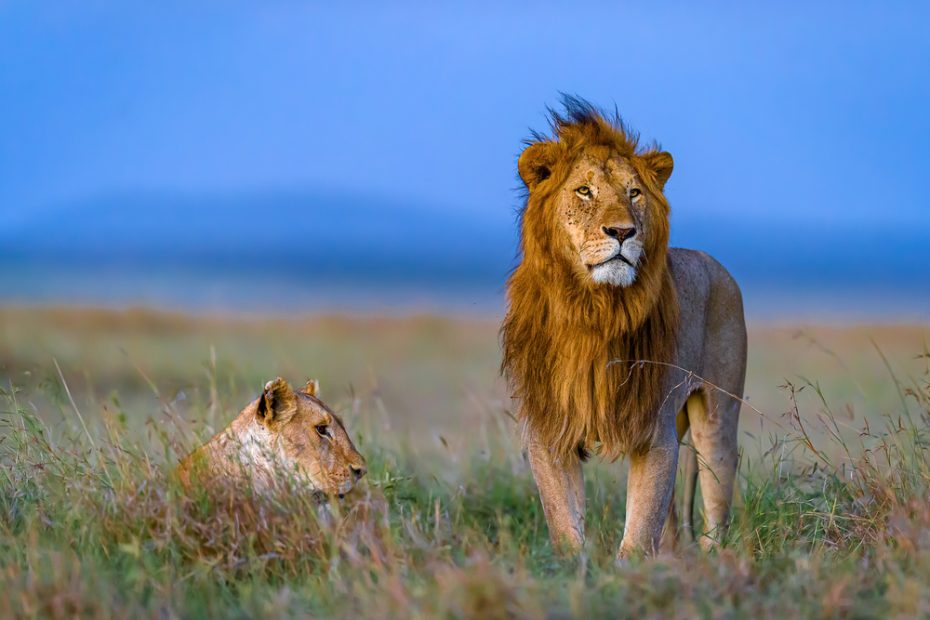 We complain about America all the time, don’t we? The big cities are ridden with crime, there’s danger around every corner. We are rife with racism, trans and Asian violence, white nationalists, BLM, Antifa! I’m scaring myself just thinking about it. Sort of make you want to get a cabin in the wilderness, you know, get away from society.

Bad idea! Bears, rattlesnakes, alligators, oh my! Well, just when you think America is the most dangerous place in the world, India says “hold my beer”. Assuming of course they drink beer in India. I have no idea.

India is a place where you could reasonably expect to either get bitten by a cobra, trampled by an elephant, or run over by a cow, all on the way home from your job at Uber customer support. That friends, is hard living. The Uber part I mean.

Recently one poor fellow in India had the unfortunate luck to be walking home and stumble upon Simba and Nala as they were looking for lunch. Sadly, they had a taste for Indian food. Let’s go to MSN for the not so appetizing details:

A man has been dragged away and eaten by lions in India while he was walking home with his family.

Bhaydesh Paiya, 18, had been walking home with his family in the state of Gujarat’s Amreli district at the time of the attack, Indian news outlet Times Now reported.

The lions, a male and a female, jumped out at the victim from bushes and took hold of him from behind.

The predators started dragging Paiya towards a nearby mango orchard as his family members began crying for help.

While I make jokes, this is extremely sad. It’s hard to fathom as Americans, that there are places in the world where you could get eaten by giant kitty cats.

I have no idea as to gun laws in India, but it’s puzzling to me that all of them aren’t strapped at all times. If I even suspected there was a possibility of being made lunch with a mango salsa by a pair of lions, I would be armed to the teeth!

“Our staff reached the spot soon but by that time, the victim had been killed. We could recover only body parts of the victim, suggesting the lions had eaten the victim,” Rajdeepsinh Jhala, deputy conservator of forests told Times Now.

The body has been taken to the town of Khambha for a postmortem, the Indian Express reported. The death has been deemed accidental.

Man Eaten by Lions While Walking Home With Family https://t.co/O9c67Z07Yz

Considering lions are an apex predator, it’s surprising they found anything at all of him. It’s not just a suggestion that the lions ate him, it’s fact. They didn’t drag him into a mango orchard for belly rubs.

Interestingly, the death has been deemed “accidental”. Seems to me to be pretty intentional. Those lions saw a tasty morsel and did what lions do.

The forest department attempted to round up the two lions after the incident.

Jhala told Times Now that the animals had displayed “very aggressive behavior” during attempts to “rescue them.”

“After attempts to bait the two big cats failed, we tranquilized the male lion early on Sunday morning and rescued him. We have got the location of the lioness also and efforts are on to cage her,” Jhala told the news outlet.

Maybe I don’t know lions; actually, I definitely don’t know lions, but I would think if you were trying to capture them, they would ALWAYS be aggressive. I can’t even pet the neighbor’s cat without him hissing at me.

Much to India’s credit, they are attempting to capture the lions and discover why they did what nature programmed them to do. That stands in stark contrast to America, where if someone gets eaten by a gator, we just kill every gator until we find one with an arm in its belly. Yuck.

Possibly because gators are everywhere in the South, and there are what, 12 lions left in the wild? Probably good that they don’t just blast them.

A very sad story, indeed. Nature is going to do what it does sometimes, just reminds us to keep our heads on a swivel, even around the neighborhood alley cats.