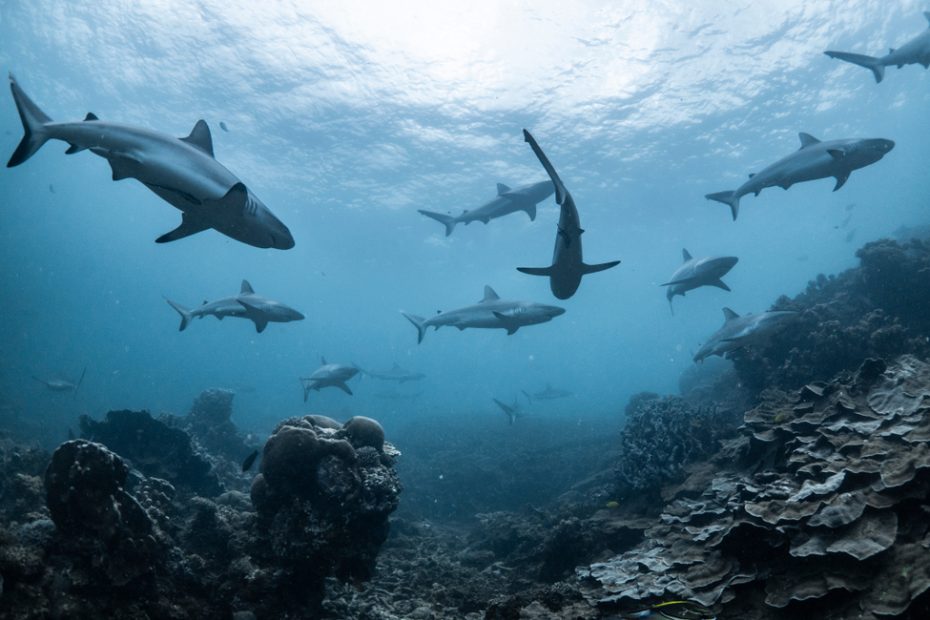 I still consider the movie Jaws to be one of the scariest I’ve ever seen. Not because the movie was even really as much scary as tense, but because I was about 10 years old, and it haunted my dreams.

Now, whether my ten-year-old self had any business seeing Jaws is debatable. You’d have to take that up with my late parents. Good luck.

What I will say, is that a movie like Jaws instilled a real fear into people about exactly what is lurking in the ocean that wants nothing more than to murder you.

Box jellyfish, sharks, rays, barracuda’s the list goes on and on. They might not all kill you, but they have the potential to hurt you.

With the increasingly aggressive behavior of sharks recently, one would think people would be more mindful of the possibility of being in the midst of one while in the ocean, particularly the Atlantic.

Nah, let’s go swimming! Recently several dozen swimmers off Daytona Beach had a dangerously close encounter of the sharky kind and never even knew. Let’s check Newsweek for the details:

A large shark has been filmed swimming close to several beachgoers at Daytona Beach, Florida.

The footage was captured by Blake Russ using a drone, which he flew over the beach. Russ was visiting the city, located on Florida’s Atlantic coast, for a family reunion.

Terrifying stuff! I hate family reunions. The shark was scary as well!

Recently there have been an uptick in shark “attacks” on the Atlantic coast, though I hesitate to call them attacks. If you are in the shark’s natural habitat and the shark got aggressive, isn’t that just what sharks do? After all they live in the water, we do not.

It would be a different story if the sharks were coming to your house, ringing the doorbell and attacking you when you answered. That would be a shark attack. Just my two cents.

Russ continued to follow the shark with the drone for about 15 minutes as it encountered at least a dozen different groups of people, all of whom were seemingly completely unaware of its presence.

“Every time it swam right towards them, then while only a few feet away changed directions and went around them,” Russ said. “The people never noticed the shark was there. They often looked at the drone and waved, unknowing that the shark was swimming right by them.”

“It was unnerving at moments to watch this since there are quite a few people bitten here,”

I have a question, if I may. Why didn’t the drone operator say anything about a 12-foot shark swimming near the shore? Was he waiting to get that viral attack video?

Seriously, the operator of the drone should have at least alerted beach authorities or told swimmers in the area that Jaws was hunting lunch and then let them decide what to do.

Something tells me these questions would have been asked by authorities if the shark had attacked any of the swimmers while the drone operator just chilled and watched. Kind of a jerk move if you ask me.

At any rate, all turned out well. No swimmers were injured, the drone operator got his viral video, and the shark didn’t get hunted for doing what God made sharks to do. Eat.