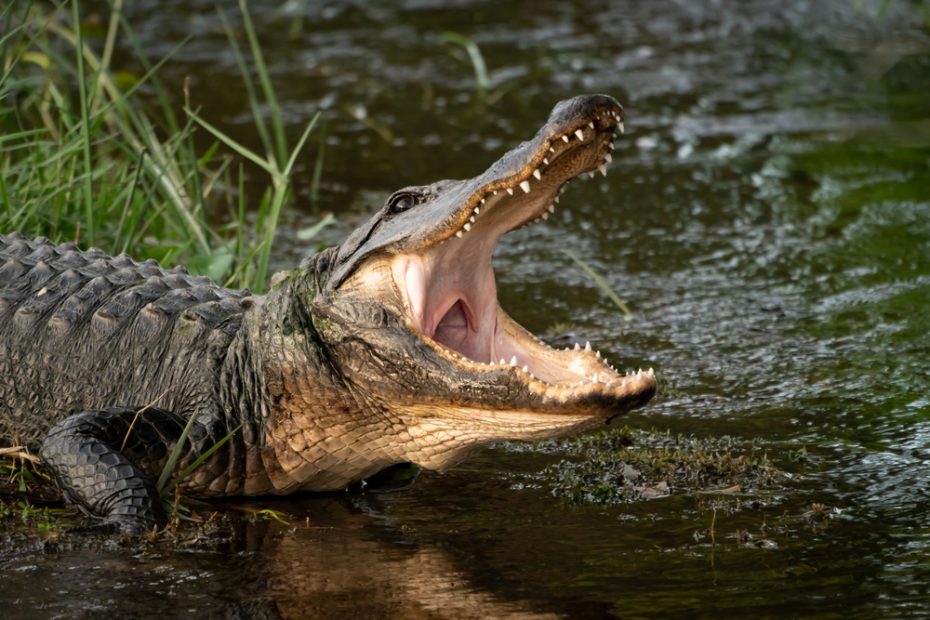 Florida is such a lovely state. Sun, sand, bikini babes, the Governor, Heavy D. I love everything about Florida.

Ok, so maybe not everything. The giant bugs, the Panthers, the pythons, the pit vipers, the meth heads, Disney, lightning strikes; you get the idea?

Oh, and the alligators. Don’t forget about the gators. Of course, how could you? They are literally everywhere. The country, the city, the parks, the woods, the canals, the lakes and swamps. I’ve even seen them in downtown St. Petersburg.

For the most part if you respect them and leave them alone, they won’t bother you. I can’t guarantee safe passage for your dog, but dogs chase mail trucks, they definitely aren’t going to be scared of an oversized lizard.

However, if you are #teamhuman, you should probably keep your head on a swivel if you are around, or in any fresh bodies of water in Florida. Otherwise, you might just become gator bait.

One lucky gentleman in the Sunshine state had an unfortunate brush with a twelve-foot gator that left his skull crushed. Yikes. Let’s swim on over to Outkick for the details:

There are miracles and then there’s Florida man JC Defeats living to tell the story about how he survived an alligator crushing his skull while a drone in the sky caught the footage on film.

The 34-year-old U.S. Air Force veteran turned firefighter, was swimming in Lake Thonotosassa on August 3 where he was shooting an instructional video for his job when he came face-to-face with the alligator, but JC couldn’t see the gator because he wasn’t wearing his swimming goggles.

Ironic that this man’s last name is “Defeats”. No one usually defeats an alligator on the gators home field. They have a bigger advantage than the Gators that reside in Gainsville.

What an absolutely unfortunate time to not have your swimming goggles on. Or to not have a harpoon, gun, or gator repellant spray (that might be a thing, I don’t know”. )

“I always preach mitigated risk, and that day I failed, and it went completely out the window,” Defeats told Fox 13. The drone was recording when the estimated 12-foot gator swam right at Defeats and it was bad news from there. “I was chomped down on this side, like completely,” JC recalled.

Defeats described the feeling of the attack as “the equivalent of a telephone pole” hitting his face. “Then because of my stroke, I felt the scales, then I felt the teeth, so I knew what I was in,” he added.

I have never had a telephone pole hit me in the face, but if you give me a choice between that and bear hugging a 12-foot dinosaur, I’m going pole every time.

I would think the teeth would be the first thing that you would feel, but the closest I have been to that situation is my cat attacking my leg. Probably not the same, though I did feel his teeth first.

What do you do in this instance? I probably drown and end up in the belly of a 12-foot gator. But to mitigate MY risk, I ain’t getting in the water to begin with! Risk removed!

So how did he get loose as the gator was crushing his skull for several seconds? Defeats says he stuck his hands in the gator’s mouth and went after the teeth. There was a roll and “she let go.”

Sure, the teeth! Wiggle one of those razor-sharp teeth loose, maybe give it back to the gator for the gator tooth fairy in exchange for your head. Solid plan!

Fortunately for Defeats, he was victorious. The gator miraculously let go. No word on how JC knew the gator was a “she”.

Defeats emerged with his life, but also got a crushed skull, broken jaw, punctured brain, and damaged facial nerves as parting gifts. Did I mention PUNCTURED BRAIN? Are you freaked out now? I am!

JC Defeats is a walking miracle. Hopefully he lives a long, successful life and tells this story every chance he gets. Just don’t ask to see the scars.