Video Shows The Shining Light That Was Snuffed Out Too Soon – Liza Fletcher Sings, “This Little Light of Mine.” 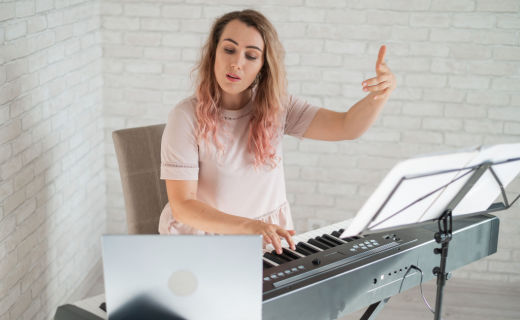 Eliza Fletcher, the heiress of a billion-dollar fortune, was also a loving teacher at a Memphis area kindergarten class. While teaching at St. Mary’s Episcopal School, Ms. Fletcher’s enthusiasm for life affected her students and colleagues.

Nothing could have prepared her husband and two young boys for what happened on the 2nd of September 2022. While out jogging, she was accosted by someone driving a dark SUV. Ms. Fletcher’s struggle with the suspect was caught on a local business security camera. After the suspect forced Ms. Fletcher into the vehicle, they remained parked in the same spot for four minutes.

Unfortunately, four days later, on the 6th of September, Ms. Fletcher’s lifeless body was recovered. Her physical life had ended, but the light that she had sparked in the lives of the kindergarten children will shine on.

After Ms. Fletcher’s kidnapping and murder, posts and tweets about her kindness started to share her life’s light with the rest of the world. She no longer was an heiress; she became an individual who was selflessly trying to make the world a better place.

In a particularly touching video, Ms. Fletcher sings the song, “This Little Light of Mine.” Even though her singing may not have been pitch-perfect, no one can deny the sunshine she brought to her Covid-era Zoom class.

As her kindergarten Zoom class was ending, Ms. Fletcher decided to end it with a song. “Hey girls, it’s Ms. Fletcher,” she said with a huge smile. “So, before we go, I wanted to remind you of something we do at St. Mary’s that’s so special and that I miss a lot. So, I want to see if you can join in with me. We’re going to sing ‘This Little Light of Mine,’ okay? Ready”

Ms. Fletcher also encouraged her class to “let their light shine at their house” as well, and after hearing her dog bumping around in the next room, she called it to introduce her Black Lab to the class. “Look girls! This is Jamie. And Jamie is the girl in our house because there’s two little boys and a Mr. Fletcher, and so there’s just me and Jamie.”

38-year-old Cleotha Abston has been arrested after mounting evidence has shown that he was the suspect for whom the police were looking. DNA evidence at the scene and blood and other evidence inside the vehicle have led authorities to believe they have their man.