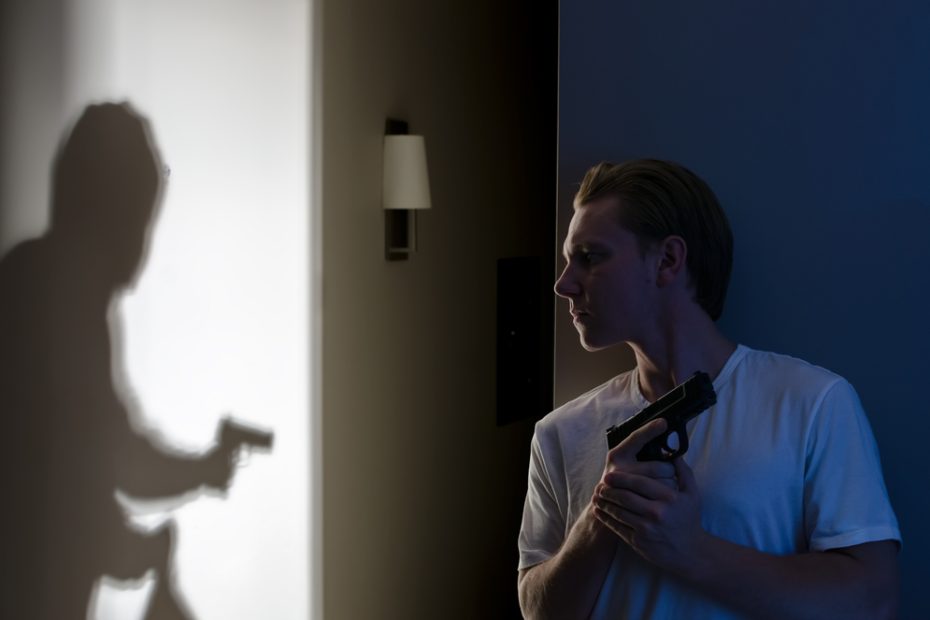 I swear, of all crimes I never understood the home invasion. To be clear, all crime is bad, don’t do it kids, stay in school. But why would anyone just burst into someone’s house, not knowing what is taking place inside? I understand the element of surprise, by you have no idea who or what is lurking in the other room. Have you ever been bitten by a pit bull? Probably not a positive experience.

It’s also lazy. Whatever happened to the cat burglar? The romantic cad breaking into homes in the dark of night stealing jewels or artwork, then slipping out undetected into the night. Or how about casing a joint and pulling off a heist without killing people and breaking stuff? Now criminals want to scam you on the phone, or barge into your home, or smash and grab. Just lazy.

Speaking of barging into homes, two knuckleheaded crooks in South Carolina picked the wrong house to play a high stakes game of “ding dong ditch”. The owner wasn’t playing, and when the armed intruders tried to push their way in, they found the homeowners two friends waiting, Smith and Wesson. It might’ve been a Glock, I don’t know, not the point. He smoked a fool before the other bandit likely pooped his big boy pants and ran away.

The homeowner was inside his Madison Street home near Walterboro around 10 p.m. Sept. 14 when two armed men tried to break in.

Walterboro is a little over an hour west of Charleston; about 5,400 residents populate the city.

Two armed men try breaking down home's door, get greeted by armed homeowner. One crook gets away; the other is found shot dead on porch. https://t.co/ZerlZOSdLS

That’s a very small town to be attempting a home invasion. If these crooks were local, no doubt the homeowner either knew them or someone acquainted. However, if they were local, you’d think they would know which homes are packing heat and which aren’t. Wrong choice.

One of the intruders fled from the scene in a dark-colored sedan, the outlet said — but the other crook wasn’t as fortunate, as authorities found him dead on the victim’s front porch.

When Colleton County sheriff’s deputies got to the scene, the “homeowner exited the home, unarmed, and confirmed he shot the man when he and another individual tried to break down his door”

Well, what did you think was going to happen? Play stupid games, you win stupid prizes, and one of the bandits won a ride to the county morgue courtesy of a law-abiding gun owner. It’s unfortunate that a life had to be lost, but people need to consider consequences to their actions. If you live a violent lifestyle outside the law, in some states you might die the same way.

Local authorities told Walterboro Live it’s unlikely that the homeowner will be charged; the outlet added that that homeowner’s identity hasn’t yet been released.

“The homeowner cooperated with detectives, citing the location of the used firearm and providing footage from a home security camera,”

There is zero reason to even consider charging the homeowner, and thankfully local authorities likely won’t. A person should have the right to defend their home, property, and family if threatened by armed intruders, and that’s exactly what happened here. Perhaps next time maybe case the place and make sure the homeowner isn’t there and a legal gun owner, or even better get a real job and start contributing to society.