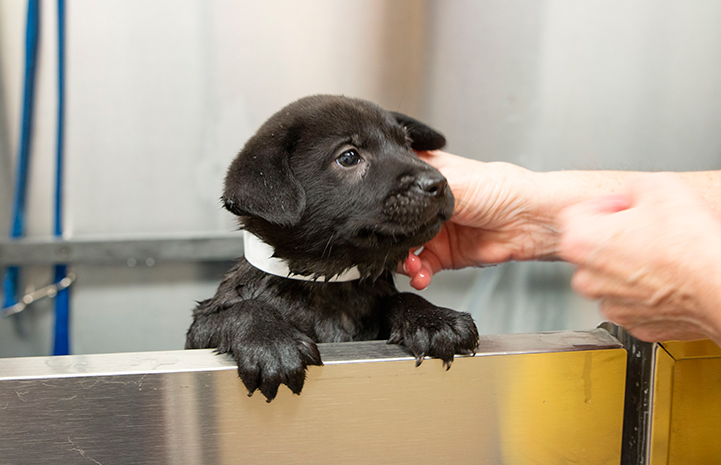 An animal shelter in California announced this week that it will ban pro-gun supporters from adopting dogs from their animal shelter.

Hope Pet Shop, which is located in Thousand Oaks, CA, said that they have added “where do you stand on gun control” to their adoption interview for potential pet owners. “We do not support those who believe that the second amendment gives them the right to buy assault weapons,” said Kim Sill, who is the founder of Hope Pet Shop. “If your beliefs are not in line with ours, we will not adopt a pet to you,” Ms Sill said.

The founder said that the city of Thousand Oaks had experienced a mass shooting in 2018, where a 28-year-old Marine Corp vet killed 12 people at the Borderline Bar. Apparently, the shooter had been a volunteer at her shop for “community service hours”. “We believe he had scouted many locations and we were one of them. We changed our policy about volunteering after that incident, but now we feel confident to go even further than that,” Ms. Sill added.

Hope Pet Shop’s new policy also requires potential pet owners to be 25 years old and not have a membership with the National Rifle Association (NRA). If the adoption agency finds out that a potential dog owner is an NRA supporter, they say they will “sue you for fraud.”

In response to this outrageous updated adoption policy, an NRA spokesperson said, “having this asinine political litmus test comes at the expense of needy and homeless dogs and cats”.

In line with their new anti-gun policy, the rescue animal merchant said that they will conduct a one-hour interview with prospective pet owners, where they will “grill” them on if they “care about children being gunned down in our schools?”

“If you hesitate, because your core belief is that you believe teachers need to carry firearms, then you will not get approved to adopt from us. If you foster for us and believe in guns, please bring our dogs and/or cats back, or we will arrange to have them picked up,” wrote Ms. Sill in her new, updated policy.

https://t.co/x4QXCQhBDX #California is in the top three states in the country for killing homeless dogs and cats, and yet this BS. Kim Sill should lose her business license for this.

Ms. Sill said that the shooting in Uvalde, TX, was a tipping point for her, and that she needed to do something so that her business didn’t contribute in any way to continued gun violence across the country.  Many donors have threatened to pull their money from the business in light of the new policy.

Dog in Shelter Over 200 Days Still Looking for a Home After No One Shows Up to Adoption Party. That is right. The Shelter Hope Pet Shop in CA would rather have this poor dog sit in a cage over half a year now than to adopt him out to a family that doesn’t share their politics.

In an effort to align themselves with excessive virtue signaling, many dogs will now sit in the Shelter Hope Pet Shop desperately waiting to be adopted, while Kim Sill scrutinizes the politics of potential dog owners. When did exercising our 2nd amendment rights conflate with rescuing a dog from a pet shelter?

Shelter Hope Pet Shop in Thousands Oaks, CA, will not allow ANYONE that supports the @NRA to adopt a dog from their shelter. I guess they don't want our donations then. @ShelterHopeSCV pic.twitter.com/fxJTKCbF1c

The left, it seems, is now dictating who is fit to adopt a pet from a shelter. And even an organization like PETA is debuting the shelter’s new policy, saying that the need to provide the many homeless animals with shelter in good homes should not be weighed against potential dog owners who support the NRA or own guns.