Are Fires a Potential EV Pitfall? Another Tesla Burns After Crash 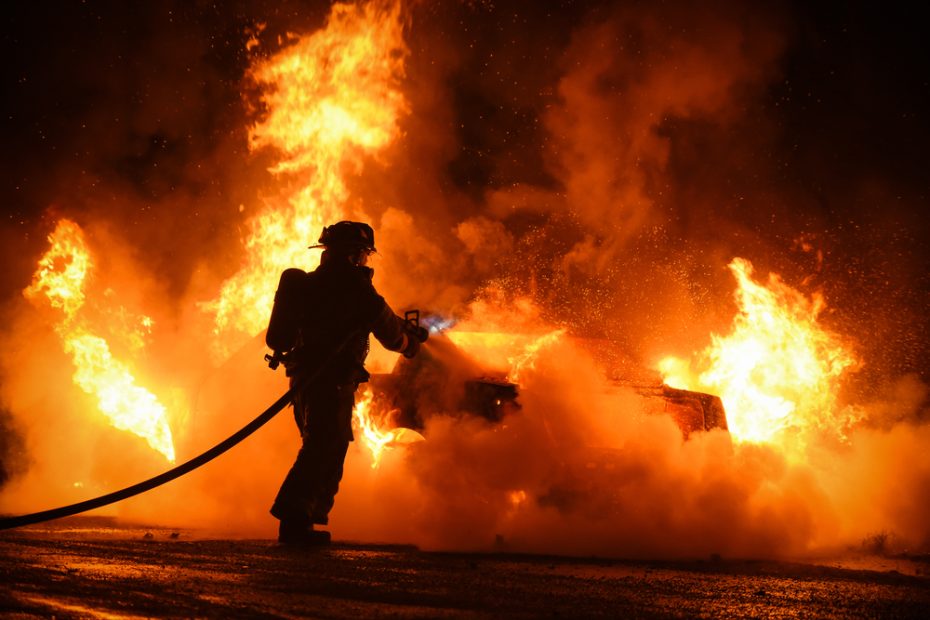 It seems inevitable that we are going to be dragged into a world of electric vehicles whether we want it or not. Despite the fact that the mining of the materials and the production of the vehicles offset any alleged environmental benefit, green activists are pushing as hard as they can for EV’s. There are numerous issues with these vehicles that we already know about. From cost and availability of charging, hazardous disposal of batteries, a finite shelf life of the batteries, and overall price of the vehicles, there are numerous obstacles that still need to be solved. One of the potential issues that few have taken into consideration yet is safety, particularly regarding the batteries.

There have been a number of reports of Tesla’s catching fire, sometimes during collisions, and occasionally for no apparent reason. One Tesla caught fire after sitting in the scrap yard for weeks. These batteries are very flammable and take a huge amount of time and water to extinguish. The most concerning fires are the ones that result from an accident. Imaging sitting on the interstate because an EV has crashed and caught fire. You will be in for a several hour wait while fire trucks scramble to put out a super-hot, dangerous fire and hazmat teams must be dispatched for the cleanup. Now image millions of these vehicles on the road. A true recipe for disaster.

Recently a Florida man died in his Tesla after the battery ignited following an accident. Check this out:

ABC 7 reports that the driver of a Tesla was killed early on Saturday when his car burst into flames following a collision with a tree along the I-75, according to Florida Highway Patrol. Investigators stated that a man was driving a Tesla southbound when he lost control of his car.

Yes, I understand people die in auto accidents every day, and I also know that sometimes vehicle fires happen. However, without gasoline as a fuel, vehicle fires should be rarer in an electric vehicle. They shouldn’t happen because you hit a tree.

The car veered onto the highway shoulder and into a ditch where it hit a tree and caught fire. The driver was unable to exit the vehicle and was pronounced dead at the scene.

Just an unimaginable way to die. And considering how hot the fire burns, it had to be a literal hellscape.

First responders in Oklahoma recently underwent special training to handle electric vehicle (EV) crashes and fires following a growing number of incidents throughout the U.S. One training coordinate explained why special EV training is required, explaining: “They burn significantly hotter so they can throw a 2,000-degree flame out like a torch.”

Imagine being on the scene of an accident where 2,000-degree flames are shooting from a vehicle. Imagine being in your electric vehicle in traffic near a scene like that. Could other EV’s be ignited? Remember, this is Tesla we are talking about here. Supposed top of the line, state of the art technology and safety feature. This isn’t a Kia. You think Kia and Ford are going to pump the same amount of money into research and development as Tesla? Doubtful.