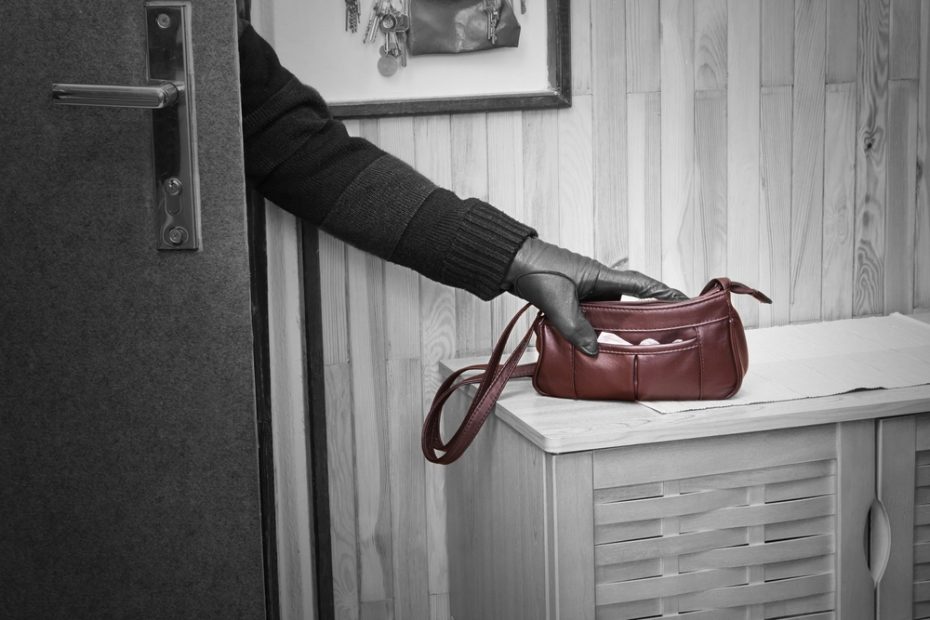 I like to think I have patience and persistence. Having kids’ kind of requires it.

I also hate thieves. Nothing burns me up more than knowing someone was rifling through my car or my backpack or my house. Just a completely violated feeling.

One time in particular I remember some of my sons’ stuff being stolen during football practice in middle school. My kid knew what was taken and who may have committed the thievery but had no way of proving it.

However, that didn’t stop my wife and I from doing some amateur sleuthing of our own. We knew the suspected criminal was at our local mall, and we walked around until we saw him wearing my sons Nike slides.

Needless to say, the lad left the mall in his sock feet. No law involved, no big scene, just a quiet bust with the promise to forget about it if the slides are returned.

Sound petty? Sure, it was. I absolutely could’ve just bought another pair. That wasn’t the point.

Recently a YouTube star in the UK took petty next level to track down his Apple Airpods. Check this crazy story out from the New York Post:

A UK reality TV star relayed the incredible tale of how he flew 4,000 miles to track down the person who stole his Apple AirPods five months ago.

The amazing saga reportedly started nearly half a year ago after the Manchester native left his Apple headphones on the plane before disembarking from a Qatar Airways flight from Bangkok, Thailand to Doha, Qatar.

Let me just stop here. Those Airpods weren’t “stolen”, they were lost. I believe this falls under “finders’ keepers, loser’s weepers”.

However, with today’s tracking technology, there far fewer finders and even fewer weepers. Or something like that, you get my point!

While it would’ve been the right thing to do, turning in the air Pods, after all who wants something that has been in someone else’s ear? That’s nasty! It isn’t theft just to keep them. Just my opinion, as I didn’t lose my earbuds.

He reportedly watched as his listening accessories flew from Qatar to Katmandu and traveled to a Himalayan village overlooking Nepal a la one of the maps from the “Indiana Jones” movies. They then took a short jaunt to Thailand before finally arriving back in Doha.

I had the joy, nay the privilege of watching them travel the world for no less than five months …

Very well-traveled air Pods. Also, very ear waxy air Pods at this point. I can’t imagine I would have the stomach to put them back in my ear after this much time has elapsed. Plus, I also would’ve purchased another set by now. It’s hard to travel or do much of anything these days without personal listening devices. What are we supposed to do, make conversation with strangers?

So the adventurer booked a flight to Doha to recover his lost listening devices.

Accompanying Ellis on his “hunting” trip was his friend Tom and a local man called Karim who they’d met at their hotel, and offered to help upon hearing about their plight.

“It was an adventure and felt like I was in a lost treasure film, it was all very exciting,” said Ellis, who used the Find My app to track the devices to an apartment block. The rescue team then went floor-to-floor trying to connect them via Bluetooth as the app would beep when they got within 45 feet of the devices.

Hilarious and very cool stuff. Obviously, we have a rich kid, and a YouTuber at that, that is savvy enough to know that his exploits would make great content to help continue building his brand. Smart, very smart. This explains all the expense and travel for a pair of earbuds. Just marketing.

Also, for the viewer, you get to experience the satisfaction of busting a “criminal”. Plus, the whole thing could’ve went off the rails. Suspense, intrigue, and international danger! Brilliant!

After what seemed like an eternity, the headphones linked to Ellis’ headphones while he and his crew were outside one of the rooms. “We knew they were inside and I was determined to get them back,” the dogged AirPod-lover recounted of the “Taken”-evoking rescue mission. “I would go back every day of the trip until I got them.”

He added, “I had the box with the serial number on it so was ready to prove they were mine.”

At long last, the team was allowed into the room where several people were staying, whereupon the long-lost AirPods were returned without incident.

Not going to lie, I was hoping for a gun battle, a hostage situation, and some international intrigue but I guess I have to settle for a rich kid getting his stuff back while garnering millions of views recording his quest.

My kids grew up in the age of YouTube and were never savvy enough to strike it rich or go viral. I feel like such a failure as a parent!

Either way it makes for a good story, a happy ending, and let’s hope those air Pods were boiled and sanitized before going back in his ears. Gross!