WOW! Johnny Depp is Selling His Art Collection and His Talent May Surprise You! (VIDEO) 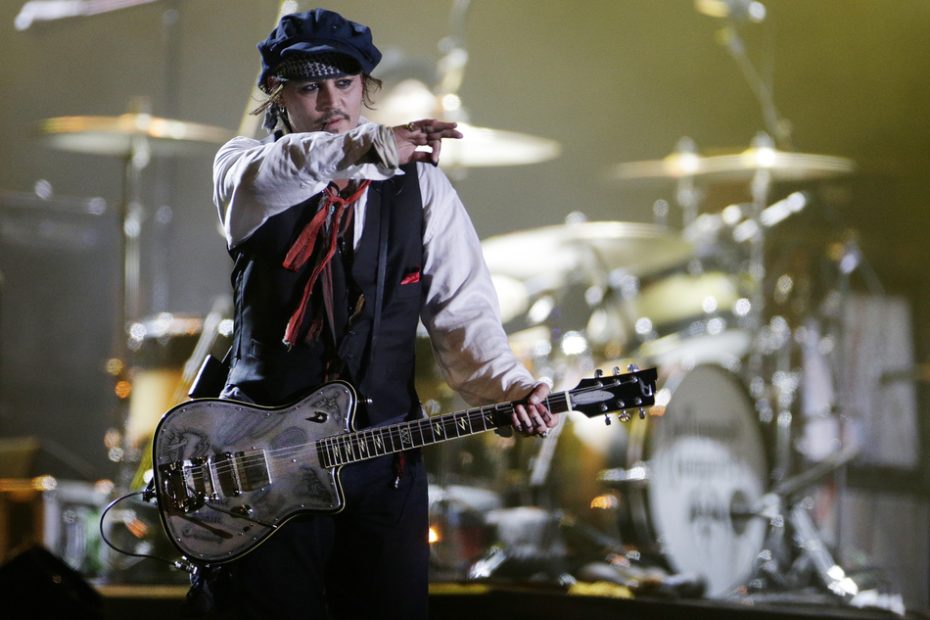 As his ex-wife, Amber Heard attempts to appeal against the court’s decision to rule against her in June following a lengthy defamation case, Johnny Depp has turned his hand to yet another talent.

The Pirates of the Caribbean star who won a $10 million defamation settlement against Heard last month after a 6-week-long, very public trial, is selling a collection of prints via Castle Fine Art.

The collection, which includes some 780 pieces, is worth a massive $3.6 million in total. Some of the art sold within hours of being listed, with pieces fetching around $4,800 each.

The dealers, Castle Fine Art, describes the works as being an “intimate reflection” of the character of the subject as seen in Depp’s eyes; “a portrayal of how they have revealed themselves to him.”

The paintings feature “vibrant bright colors and overlayed with the energy and wit of street art. The result is a series of iconic images of media figures that have moved beyond the impersonal graphic simplicity of pop art,” says Castle Fine Art’s description of the collection.

Depp, who is also an accomplished musician, having this summer played electric guitar on tour with rocker-legend Jeff Beck, announced the sale of his art pieces via his Instagram account. Paintings were snapped up by eager art fans within hours.

“I’ve always used art to express my feelings and to reflect on those who matter most to me, like my family, friends and people I admire. My paintings surround my life, but I kept them to myself and limited myself. No one should ever limit themselves,” said a statement by Depp on the Castle Fine Art page.

It seems the actor is determined to keep himself busy with positive, creative outlets after his success during defamation court case. Despite his win, Hollywood chiefs will undoubtedly be attracted to his onwards and upwards outlook, distancing himself from the often embarrassing, personal revelations in the courtroom.

Over the summer, Depp performed all over Europe with Beck’s band including at sell-out gigs in London, Helsinki, Stockholm and the final tour entry was earlier this week in Paris.

Depp also spent some time visiting the UK. In June, he delighted surprised staff as he visited a small, local wildlife sanctuary in the Kentish suburbs around 40 miles from London.

“Following the success of our patron Jeff Beck’s UK tour, featuring his good friend Johnny Depp, and Johnny’s visit to Folly Wildlife Rescue to see for himself the Trust’s work with wildlife, we’re very pleased to announce that Johnny has done us the great honour of agreeing to become a patron,” announced the rescue center.

"Overall he was charming & polite-what you would call a southern gentleman…He even did a few Jack Sparrow lines with the accent…Johnny made sure to say goodbye to everyone, shook-hands & hugged the members of staff"
~D.Risley when #JohnnyDepp visited the Folly Wildlife Rescue pic.twitter.com/9DY26qHwYp

Meanwhile, Heard who faced a huge public backlash following her accusations of abuse directed at her ex-husband and strange antics in the courtroom (like randomly exclaiming that her dog had “stepped on a bee” following an argument with Depp), appears lost, downtrodden and desperate.

Last month, the Aquaman star was snapped shopping at discount store TJ Maxx. She claims to be unable to pay Depp the $8.3 million in damages and her lawyers have opened another can of worms for the actress who doubts she’ll ever find work again by opening an appeal against the court’s decision.