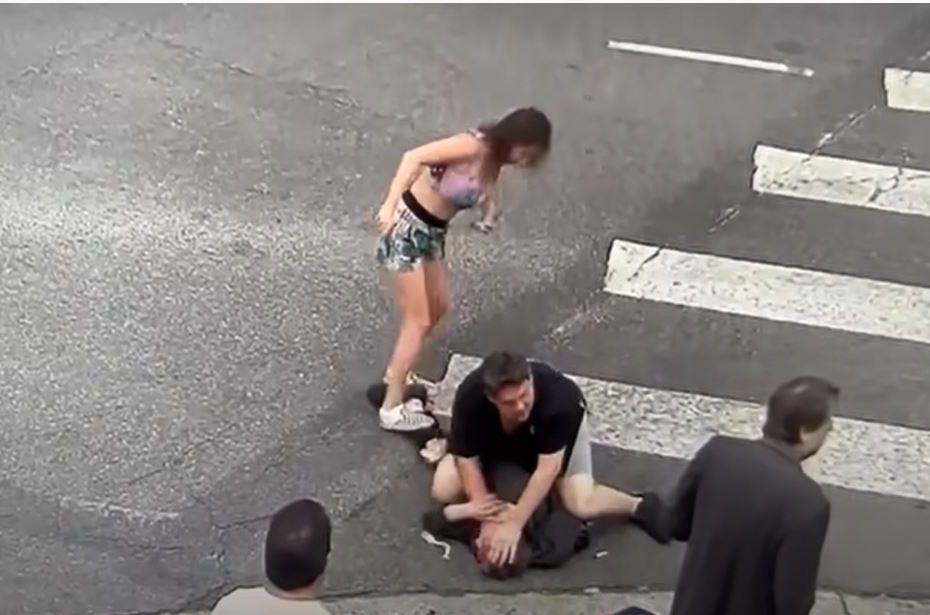 Things seem to be getting worse and worse in America, with crime running rampant and spinning out of control as blue state governors, mayors, and DAs do little to deal with the threats their law-abiding citizens have to face on a nearly daily basis thanks to soft on crime policies and police in retreating following the George Floyd “Summer of Love” riots.

Yet another example of the crime and anarchy spawned from that situation came from Hollywood recently, where some punk felt comfortable assaulting and robbing an elderly man at a restaurant despite it being broad daylight and there being bystanders nearby. As Louder with Crowder reported:

An elderly man was enjoying a meal at one of Hollywood’s eating establishments. A member of California’s homeless class walked up to the man and (allegedly) assaulted the elderly man, stealing (allegedly) his wallet and his phone.

So that’s about exactly what could be expected from California, the land that once was America’s most beautiful, golden state and now is a crime-ridden hellhole full of homeless people relieving themselves and defecating on the sidewalks, drug addicts lighting up a Hunter Biden-brand crack pipe or injecting themselves with some dirty needle full of heroin on street corners, and criminals running free as the cops and law enforcement officials do little to nothing to make cities livable for ordinary Americans.

But, fortunately, this case was different because the violent homeless man that tried preying on an elderly man wasn’t able to get away with it. Not because of the cops, mind you, they were nowhere to be seen, but because some ordinary citizen stepped up to do what was right and subdue the violent homeless man. Jumping into action when the attack ended and the homeless guy ran off with the elderly man’s wallet, our good samaritan was able to stop and subdue the criminal.

Breitbart, describing the content of the video and what happened during the assault and ensuing chase, said:

Sitting nearby, the good Samaritan, who can be heard narrating the events of the footage, witnessed the assault and immediately chased the suspect down.

The footage then cuts to a street view where the narrator tackles the man while a wallet — presumably the elderly man’s — falls from the suspect’s hands and onto the street.

The homeless man can be seen punching the good Samaritan in the face before he is tackled to the ground.

“That is where he clocked me,” the narrator said. “He ruined my glasses. They’re destroyed.”

A woman is then seen picking up the wallet and assisting the good Samaritan in subduing the suspect by stepping on his feet.

The woman and our Good Samaritan then pinned the homeless guy to the ground as they waited for the police to finally show up and deal with the (alleged) criminal.

Good for them! Were only more Americans so brave as to act like that, then the crime wave might begin to recede!