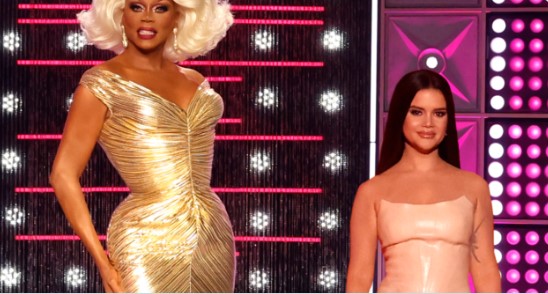 In a move that wasn’t necessary, and no one asked for, woke country music star Maren Morris took it upon herself to offer an apology to the queer community on behalf of all country music. It is unclear as to what precipitated Morris to apologize to a community that likely doesn’t buy or listen to country music, but that didn’t stop the leftist crooner from offering her deepest apologies on behalf of Nashville. During her guest appearance on RuPaul’s Drag Race, Morris had this to say.

Morris addressed the group of drag queen contestants assembled for Friday’s episode of the reality competition series, which now airs on MTV.

Perhaps Morris is fighting some inner feelings, but she has taken it upon herself to align with the lgbtq air force and cram her beliefs on all of Music City. On a side note, does anyone watch MTV? What is this, 1987? I digress. Being a casual country music fan, it is unclear to me where the anti lgbtq ideology is coming from. Country music generally consist of lyrics relating to booze, breakups, and pickup trucks. Just because there are no trans country singers or openly gay country artists doesn’t mean Nashville hates gay people. However, Morris could be referring to her ongoing beef with Brittany Aldean, wife of mega-star Jason Aldean.

Spice, another drag queen, said, “I love hearing Maren share her story because a lot of times with country artists, they can’t really express their more progressive ideals. Just her being here shows she’s down to roll with the LGBT.”

Morris didn’t elaborate on the nature of country music’s “relationship” with the LGBTQ+ community or why an apology was needed.

The singer has viciously attacked Brittany Aldean over the latter’s condemnation of sex-change surgery and other transgender procedures for children.

Morris has publicly smeared Aldean, who is the wife of country music star Jason Aldean, calling her “Insurrection Barbie” and a “scumbag human.”

Perhaps Morris secretly wants to “roll” with the community, or maybe she is just trying to broaden her appeal in order to crossover to the much more liberal pop genre. Either way, advocating for genital mutilation and giving drugs to pre-teens in the name of gender affirmation is gross, and Morris might just be hitching her proverbial wagon to the wrong metaphorical horse. This fad will pass, as fads always do, and Morris will have alienated herself from the very audience that embraced her. Attacking Brittany Aldean for stating her beliefs is a bad look, especially when Aldean is right. That aside, Morris would be best to pick her battles, and not battle Nashville heavyweights in the name of drag queens.