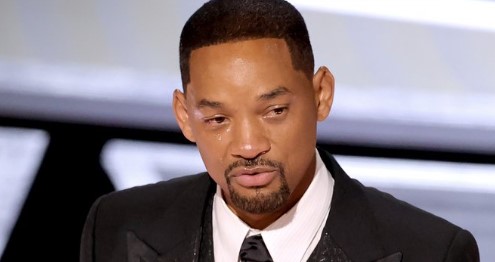 Since “The Slap Heard ‘Round the World,” Hollywood insiders have wondered about “Emancipation.” Before Chris Rock’s slap, there were rumors that Antoine Fuqua’s movie would help Will Smith win an Oscar, but after the slap, many voters have said they aren’t sure about the movie. (Slap-termath?)

Smith recently talked to journalist Kevin McCarthy about how people reacted to his involvement after the slap. He said, “I completely understand that if someone is not ready, I would absolutely respect that and allow them their space to not be ready. My deepest concern is my team.”

Smith named Fuqua and other cast and crew members and said, “The people on this team have done some of the best work of their entire careers, and my deepest hope is that my actions don’t penalize my team. At this point, that’s what I’m working for. That’s what I’m hoping for. I’m hoping that the material, the power of the film, the timeliness of the story—I’m hoping that the good that can be done would open people’s hearts, at a minimum, to see and recognize and support the incredible artists in and around this film.”

Will Smith responds to moviegoers who refuse to watch #Emancipation so soon after the Oscars slap: “I completely understand — if someone is not ready, I would absolutely respect that and allow them their space to not be ready." https://t.co/r7EiVsRU8L

In an article for Vanity Fair earlier this month, Fuqua said a lot of the same things. “The film to me is bigger than that moment. Four hundred years of slavery is bigger than one moment,” he told the outlet. “My hope is that people will see it that way and watch the movie and be swept away with the great performance by Will and all the real hard work that the whole crew did.”

Smith produced the movie through his company Westbrook. In a separate interview with Entertainment Weekly, he praised Fuqua, cinematographer Robert Richardson, and co-stars Ben Foster and Charmaine Bingwa even more. The actor said again, “[the] only discomfort my heart has around that is that so many people have done spectacular work on this film.” He continued, “I definitely lose a couple winks of sleep every night thinking that I could have potentially penalized my team, but I’m going to do everything I can to make sure that everyone gets seen in the light that they deserve.”