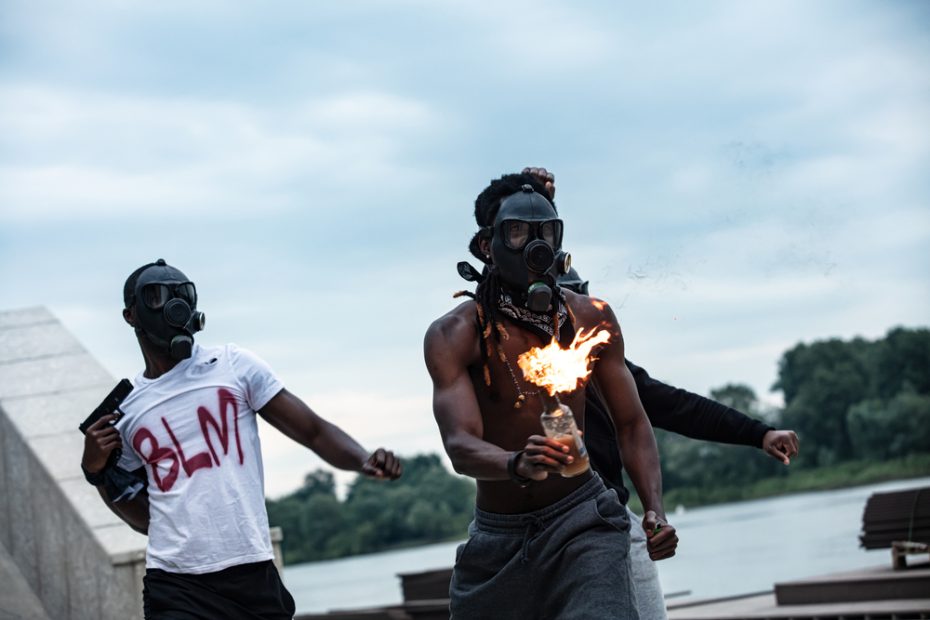 The widow warned of the dangerous woke rhetoric being pushed by the likes of George Soros, who she said was using his power to “promote extremist policies”.

Dorn also said that the big corporates had “blindly funded” BLM’s political movement which took off after the murder of black man George Floyd. The group is dedicated to the defunding of the police in favor of having the equivalent of warlord-style leaders in each black community.

David Dorn, who was himself an African American, was brutally murdered by Stephen Cannon, 26, after the activist gunned the 77-year-old down outside a pawn shop in St Louis.

BLM protesters had been rioting in many towns and cities across America for a number of weeks, looting stores and destroying private property as they went. Many videos emerged of the thugs battering anyone who got in their way.

David was murdered as he investigated the alarms going off in the pawn shop, which belonged to a family friend.

Ann, who is a retired police sergeant herself, said her husband did not support BLM because “it never actually did anything to help black lives”.

She added that if cops had been doing their jobs and had dispersed the rioters from American streets then her husband could have still been alive today.

The woke politicians and corporates who gave money to the organization are “supervillains”, she said as they have encouraged and funded a dangerously divisive rhetoric that aims to stand blacks against whites at any cost.

Ann hit out at the soft approach to crime the radical left has promoted and said the anti-cops BLM organization is set on “demeaning, demoralizing and defunding” the police.

The left-wing powers-that-be have been dishing out the dough for anti-cop and pro-criminal causes:

Soros forked out $3 million in 2020 for numerous radically left groups including BLM, and Vice President Harris supported a bail fund which has helped to free numerous criminals who went on to re-offend.

“The same year David was killed, over a dozen children were shot in St. Louis, and never once did Black Lives Matter show up. Their lives mattered,” said Ann.

“Fifty-five businesses were looted or destroyed the night David was murdered, many of them Black-owned. Their livelihoods mattered. My husband was a Black man who selflessly served his community for over 40 years. His life mattered.

“It is clear that the anti-law enforcement sentiment that has been fuelled in this country by Democrat and left-wing activist rhetoric has gone too far.

“Yes, there are bad cops out there, but addressing bad policing by ordering no policing at all is not a solution. It is extremist, it is dangerous, and it cost my husband his life.”

Joe Biden himself seemed to half defend the hideous violence and destruction caused by BLM supporters across the country.

“The deadly violence we saw overnight in Portland is unacceptable ,” he Tweeted on August 30, 2020, before going on to suggest that someone else was actually to blame for inciting BLM:

“As a country we must condemn the incitement of hate and resentment that led to this deadly clash,” he added.

Meanwhile, he was very vocally critical of the storming of the Capitol Building by Trump fans which led to the former president being permanently canceled from Twitter.