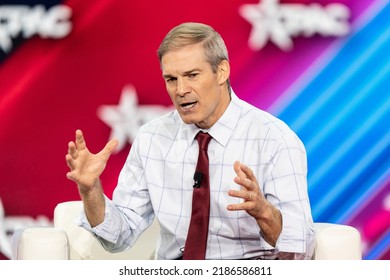 The Federal Bureau of Investigation is building a narrative set on creating an illusion of national terrorism that doesn’t exist, and this should alarm every last American, especially when their eagle-eye focus — almost obsession at this point — is at the expense of focusing on other, more nefarious crimes like child trafficking.

The top Republican on the House Judiciary Committee, Jim Jordan (R), said that a whistleblower had come forward with details of how the FBI is manipulating cases that relate to the January 6 Capitol riot to create “the illusion” that violent domestic extremism has become a widespread problem in the United States. But it simply isn’t true, nor has it ever been.

In a Tuesday letter to FBI Director Christopher Wray, Rep. Jim Jordan criticized the agency after a whistleblower came forward saying it was "reclassifying" cases to reinforce the Democrats' narrative about the threat of domestic extremists. https://t.co/uuOIMMJrnm pic.twitter.com/08Y4MlD3hx

In a letter penned to FBI Director Christopher Wray, Representative Jim Jordan said that the Washington DC FBI field office was conducting “manipulative case-file practice,” which was instructing local FBI offices to open up cases on their books relating to the January 6 Capitol breach.

“The FBI’s case categorization creates the illusion that threats from DVE are present in jurisdictions across the nation, when in reality they all stem from the same related investigation concerning the actions at the Capitol on January 6,” Jordan said in his letter to Wray. “Such an artificial case categorization scheme allows FBI leadership to misleadingly point to ‘significant’ increases in DVE threats nationwide,” he added.

Jordan said that the whistleblower’s description is “consistent with disclosures we have received from other whistleblowers that high-ranking FBI officials — including a senior WFO official — are pressing front-line agents to categorize cases as DVE matters to fit a political narrative.” A hopeless and dangerous precedent when our nation’s top law enforcement agency is complicit in pushing a one-party narrative, which, in turn, is pushing the country toward socialist idealism.

The FBI’s recent activity — as confirmed by the whistleblower — comes as President Joe Biden and his administration are trying to make the case before Americans that Donald Trump supporters are responsible for creating a national crisis of extremism in the United States, a claim he made in a speech he gave in Pennsylvania a few weeks ago.

Jordan said the FBI’s intense focus on this fake narrative is coming at the expense of them investigating other more serious crimes, including the investigation of child trafficking and child sexual exploitation.

Jim Jordan also said, “Such a posture is not only a dereliction of the FBI’s mission to investigate violations of federal laws, but it is a grave disservice to the victims of child sexual abuse and other crimes that do not advance the FBI leadership’s political agenda.”

Two days ago, a drunk driver named Shannon Brandt ran over 18-year-old Cayler Ellingson in McHenry, North Dakota. Brandt now faces up to 20 years in prison for vehicular manslaughter for no reason other than that Ellingson was a Republican. Biden sounded the alarm, and liberal extremists like Brandt listened. The Democrat party has blood on its hands, and it will only get worse if we don’t restore balance and sanity to our three branches of government.

Shannon Brandt used his car to run over & kill an 18-year-old, Cayler Ellingson, because he thought the teen was part of a Republican “extremist group.”

This murder is a direct result of Biden dehumanizing Republicans. pic.twitter.com/djBcQfrCAB