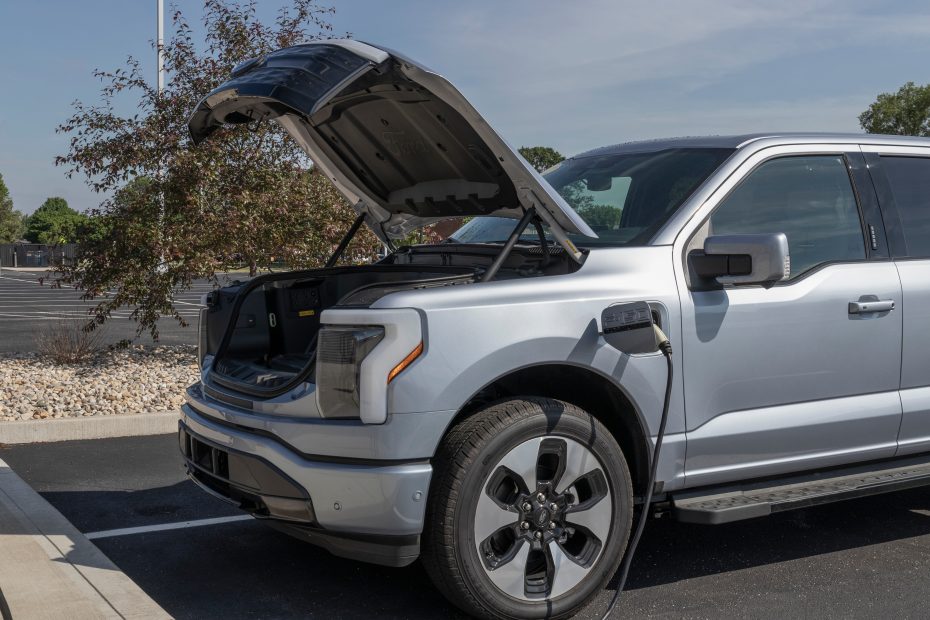 Things did not go well when auto industry commentator Tyler Hoover decided to test out the towing capacity on the F-150 Lightning, the EV version of the famous Ford F-150. Though many proponents of EVs like to push them by arguing that they’re more environmentally friendly than the average combustion-powered car, require less maintenance thanks to the fewer parts needed for the engine, and, in the case of EV trucks, even have a greater towing capacity thanks to the heavy battery giving them a low center of gravity and ability to tow whatever weight they need to, that’s not the whole truth.

As I’ve pointed out in numerous previous articles, the other side of the coin is that they can’t drive as far as many combustion-powered vehicles, even electric trucks have trouble towing compared to their combustion-powered counterparts, long fill-up times can be dangerous and make road trips a pain, and during something like a hurricane or flood, the charging stations are a major net negative.

Well, Mr. Tyler Hoover decided to test out the new Ford Lightning and see how well it could do. Given that the title includes “total disaster,” you can probably guess how that went…

In case you don’t have time to watch the video, here’s what happened: Hoover aimed to drive the Lightning 32 miles with an empty trailer to pick up a recent purchase of his, a beautiful Ford Model A pickup truck from 1930, and then tow the Model A the 32 miles back. That should have been simple enough given that the range of the Lightning is supposedly 200 miles, so he planned on then trying to tow something heavier with it.

Well, things didn’t go according to plan. He burned up three miles of the Lightning’s range just getting the trailer hooked up and driving a quarter of a mile out of his neighborhood, then went on to burn more than double the actual range (32 miles) on the first leg of the trip, with the truck’s range dropping by 68 miles during the quick trip…with an empty trailer.

And that was just the start of his trouble with the EV truck. Things took a turn for the even worse when he loaded up the 1930 Model A and drove back, as he ended up at his house with only 50 miles of supposed range left in the truck. In other words, that 32 mile leg back cost him an almost unbelievable 79 miles of range…which was not ideal.

So, to summarize the results of the test, Hoover’s 64 mile trip, only half of which involved a loaded-down trailer, cost him 150 miles of the truck’s supposed range, or 3/4 of its nominal capacity. That’s not great, particularly for a brand new truck.

However, it probably shouldn’t have come as a surprise to Hoover. When another reviewer tried using a Ford Lightning to tow a camper, things ended in miserable failure less than 85 miles later, with the EV truck being completely outclassed by the combustion-powered truck it was going up against in the comparison. It just didn’t have the range to be useful, much like the Lightning in Hoover’s test.

However, Hoover seemed to be a bit surprised by the results of the test in the video. Whether for show or for real, he commented on the shock of the second leg of the trip with particular horror, saying:

He also commented on the problem with the EV truck as highlighted by his test, saying:

“If the future is electric, there has to be some kind of solution for this. If a truck towing 3,500 pounds can’t even go 100 miles … that is ridiculously stupid.

“This truck can’t do normal truck things. You would be stopping every hour to recharge, which would take about 45 minutes a pop, and that is absolutely not practical.”