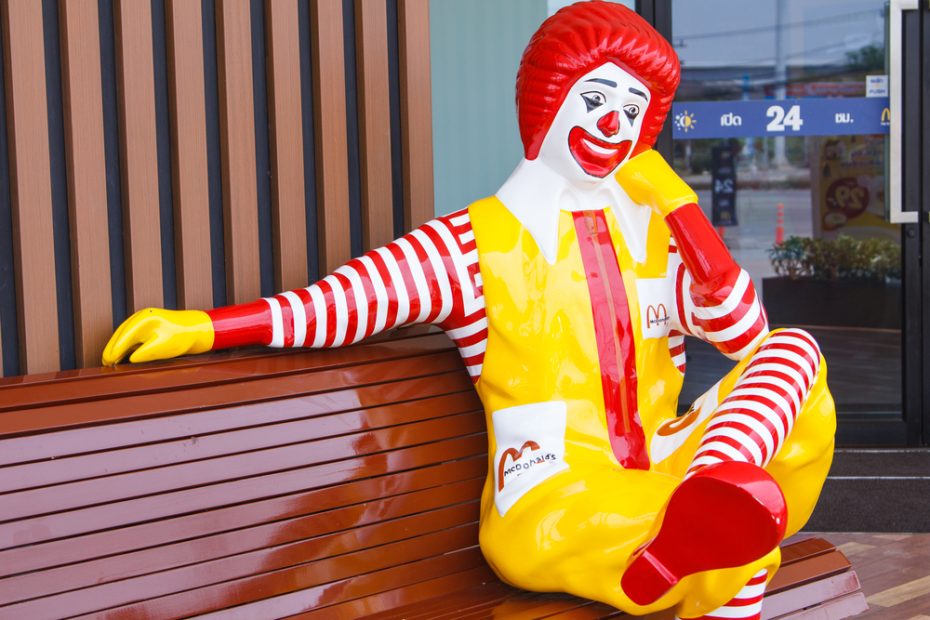 Nothing good happens after 2 am! It doesn’t matter if you are in middle America, or the “city that never sleeps”, you are taking your life into your own hands being out that late. It wasn’t ALWAYS like that, but in 2022 America, you better have your head on a swivel if you are out at 2 in the morning.

Back in “the day”, and by that, I mean the 80’s and early 90’s, it was common practice for young single fellas like myself to see the sun come up. After-hours clubs, where you brought your own alcohol, which we didn’t need, were very common. Nothing bad ever happened! At least not to me anyway.

Recently in New York City, a dust up occurred at a Manhattan McDonalds, and by dust up I mean a man got in a fight with three other men and what happened next was absolutely INSANE! Check this out from The Blaze:

Around 2:25 a.m. on Friday, a man wearing blue shorts and a black tank top appears to get in an altercation with another man at the McDonald’s on Delancey Street in the Lower East Side neighborhood of Manhattan. However, two other men physically prevent the aggressor from getting near the other McDonald’s customer.

The menacing man – later identified as Michael Palacios – shove the two men out of the way.

Another day in nyc pic.twitter.com/OCOPIkIzuO

Can’t we all just get along long enough to get a late-night snack from Mickey D’s? Just some nugs, maybe an order of fries. Sounds like in this instance everyone could’ve used Happy Meals, because Michael Palacios CLEALY wasn’t happy. Actually, probably a lot crazy. Of course, I wouldn’t be happy either with three dudes punching my head, but what came next was next level. Who just carries an axe?

Palacios punches a man dressed in white, which cause two other men to retaliate. Three men punch Palacios in the head, but he remained completely unphased.

Palacios then takes his backpack off, and retrieves an ax. The men who punched Palacios quickly back away with their hands up.

What in the name of Paul Bunyon is going on here? Maybe these men should’ve noticed the big blue ox parked outside before they took turns face pounding a lumberjack.

First, let me say for the record that I am ALWAYS on high alert when someone is carrying a backpack, as everyone should be. I’m more concerned with a gun or explosive, but axe? Ok, I guess. Now that I have seen it, that will be in the back of my head too.

Palacios then swings the ax and smashes a table. He hammers a wall where nearby onlookers were standing and then obliterates a large glass partition.

Palacios – a 31-year-old from the Bronx – then slaps and punches two men, knocking one to the floor.

I’m afraid once the axe comes out, time to plead is probably passed. Once you piss of a lumberjack, things are only going to go further south. I’m not sure how much further south things could have gone here, as the axe wielding crazy man obliterated the restaurant.

Mayor McCheese needs to beef up security in his city, I mean restaurant. What is this, Lori Lightfoot’s McDonalds? All kidding aside, from watching the video, there looked to be zero security presence, and at that time of night in New York City, you are just asking for an incident. Michael Palacios answered. Thankfully no one was hurt, except for the building, and probably the dirty underwear of the three guys that “attempted” to fight Palacios. Remember kids, nothing good happens after 2 AM!