Watch: Something Fishy at Professional Walleye Tournament in Ohio 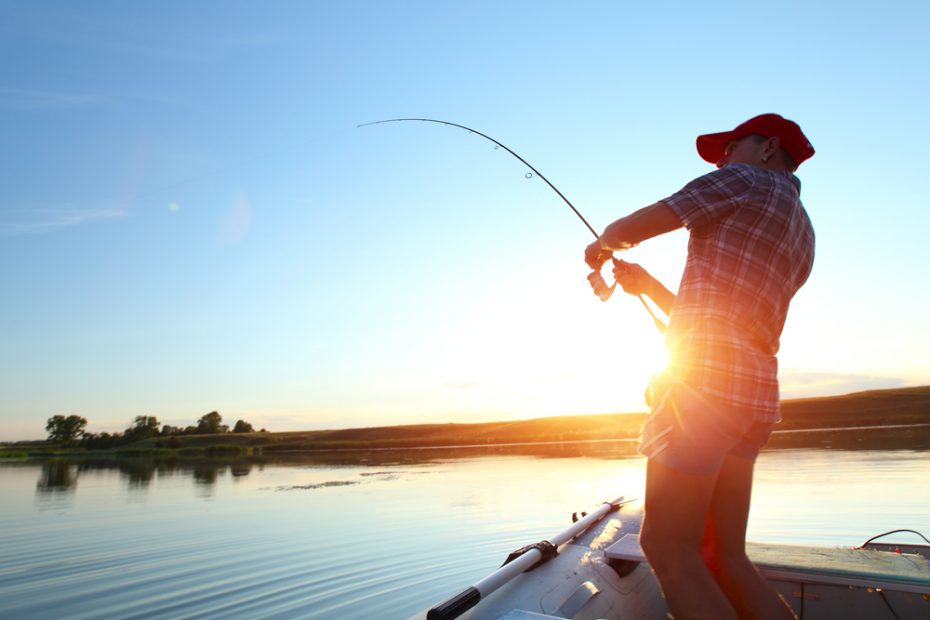 We can make literally anything a sport, can’t we? Cornhole tournaments on cable television, professional poker as a spectator sport, the WNBA, as long as we can choose a side and bet on it, we will make it a thing.  As humans, our competitive nature can force us to do some shady things, and some amazing things. My guess is cavemen (if they were real) had rock throwing competitions, winner gets the rest of the saber tooth tiger. But I bet there were still shady cavemen that maybe had a few extra rocks on their favorite caveman and tried to find a way to cheat. Because cheating is also part of our nature. Cheating and lying are traits that are ingrained in us at birth. It just happens that some people are very good at it. Of course, some people aren’t so good at it, otherwise they would never get caught.

Recently a pair of cavemen, I mean fishermen, were caught doing something shady during a Walleye tournament in Ohio. I agree, I didn’t know Walleye tournaments were a thing either. Check this fishy business out:

Competitors at the Lake Erie Walleye Trail Tournament Series (LEWT) believed something was fishy when the catch of two anglers’ was suspiciously heavy. Competitors claimed that fellow fishermen were guilty of stuffing the freshwater fish with weights.

Serious Controversy in Pro fishing tournament as multiple-time winners caught stuffing lead weights and other fish filets in their fish to have the heaviest catch to win hundreds of thousands in prizes. pic.twitter.com/Sxqeo2XC0K

Is it really necessary to stuff the fish with weights? Wouldn’t it be better to simply bread them and fry them lightly in a cast iron pan? Probably yes, but since prize money is awarded by weight, our two sneaky anglers had an angle of their own.

It appeared that Chase Cominsky and Jake Runyon had reeled in a victory in the 2022 Lake Erie Walleye Trail Championship event on Friday. However, a cheating accusation sank the high-stakes professional fishing event.

A viral video allegedly shows Lake Erie Walleye Trail director Jason Fischer cutting open the fish caught during the tourney by Cominsky and Runyon. Inside the body of the walleye fish were several lead weights and filets from other fish. The artificially enhanced fish netted the alleged cheating duo a tournament win.

Like I said, some fishy business. The cagey duo decided they would fatten up their catch with lead sinkers and other fish parts. Gross! Apparently, our caveman heroes didn’t count of other competitors calling out their cheating ways and “sinking” their hopes at taking home the prize money, or whatever you get for winning a fishing tourney.

When the officials cut the fish open and found the weights, needless to say onlookers wanted to filet the pair.

The red-handed Runyon appears to play coy as the mob shouts at him, “You should be in jail!”

A guy is heard telling Runyon, “You f***ed over a lot of people, man.”

Another accused the fishing duo of “f***ing theft.” Someone else suggests that the police be called and a report filed.

At one point in the video, it appears that a violent row is about to break out, but Fischer instructed Runyon to leave and tells everyone else to scale back their anger.

Cooler fish heads prevailed before the angry mob had a chance to make the cheating duo chum and dump them in the lake.

Apparently, the duo had been disqualified after winning another tournament for failing a polygraph test, but no reason was given for the disqualification. The duo had been feeding the fish with lead weights for some time but never exposed for the frauds they were until this tournament.

For their part, tournament directors took to social media to express regret for the incident. How else can people trust that you are going to run a fair tournament?

“Disgusted guys and gals, I’m sorry for letting you down for so long and I’m glad I caught cheating taking place in YOUR LEWT at the same time.”

Tournament directors will have some work to do to restore the trust that existed before the fake fish team finned the competition with artificially inflated fish.