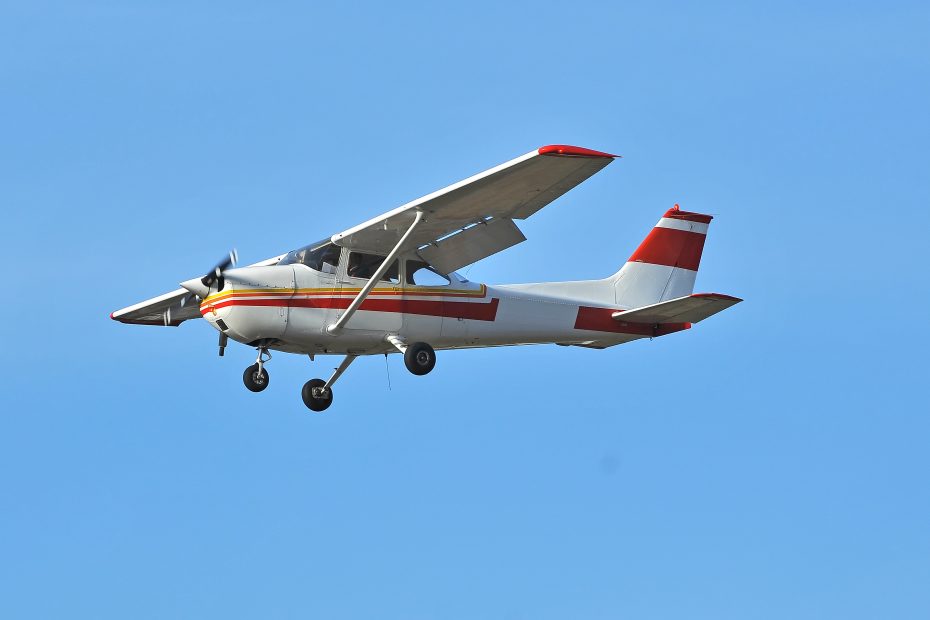 It was like a scene from the classic movie Airplane as a passenger with no flying experience was forced to attempt a landing as his pilot suffered a medical emergency.

The radio conversation with Air traffic Control in Florida captured the events as they unfolded on Tuesday in the light aircraft. The passenger, Darren Harrison can be heard telling the Tower that he was in a “serious situation” as the pilot suddenly become unconscious:

Worryingly, he added, “I have no idea how to fly the airplane”.

Fort Pierce Air Traffic Control then asked Harrison for the location of the single-engine WPBF-TV aircraft, to which he calmly replied, “I have no idea. I have the coast of Florida in front of me”.

Control directed Harrison to, “Maintain wings level and just try to follow the coast, either northbound or southbound. We’re trying to locate you”.

The small plane rocked around unstably in the air for a number of minutes as an anxious Harrison radioed back to ask if Control had managed to locate the plane, but officials said they were unable to get the “nav screen to turn on”.

The plane was eventually located off the coast of Boca Raton.

Robert Morgan, an Air Traffic Control specialist at Palm Beach International Airport was on a lunch break as the situation began to unfold when a colleague accosted him for his help.

Morgan happened to be a flight instructor who teaches new pilots how to fly planes and is a senior Air Traffic Controller with over 20 years’ experience. Although he had not flown the specific model Harrison was attempting to fly, a Cessna 208, Morgan was able to use a printed diagram of the plane’s cockpit to give directions to Harrison.

“I knew the plane was flying like any other plane. I just knew I had to keep him calm, point him to the runway and tell him how to reduce the power so he could descend to land,” Morgan explained to WPBF-TV.

🛫 NEW VIDEO: Watch the intense moments as a passenger lands a plane after the pilot was "incoherent." Hear how the air traffic controller describes what it was like to talk him through it: https://t.co/W5I7NneRZM pic.twitter.com/GuR0Ws0ntL

In the radio audio, Morgan can be heard calmly giving instructions to Harrison as a driving instructor might teach a new student:

“Push forward on the controls and descend at a very slow rate”, he directed as the plane approached Palm Beach International Airport.

Remarkably, the Harrison managed to implement a near-perfect landing, with the plane coming to a safe stop on the runway. Morgan can be heard praising the lucky passenger with, “Kudos to that new pilot”.

“You just witnessed a couple of passengers land that plane,” another Control worker radioed to pilots around the airport.

“Did you say passengers landed the plane?” a commercial pilot responded.

The pilot was taken to hospital and his condition and ailment is yet to be known. Morgan and the passenger were the only two inside the small aircraft.

The fete has amazed aviation experts like John Nance, who told WPBF that he had never known someone with no flight experience land a plane as complicated as the Cessna Caravan model which Harrison was controlling, but, he said, his calm nerves could have been Harrison’s saving grace:

“The person on the airplane who had no aeronautical experience listened very carefully and obviously followed instructions with great calm. That’s what made the difference.”