Watch: Outrageous Claims Made by ESPN About January 6th 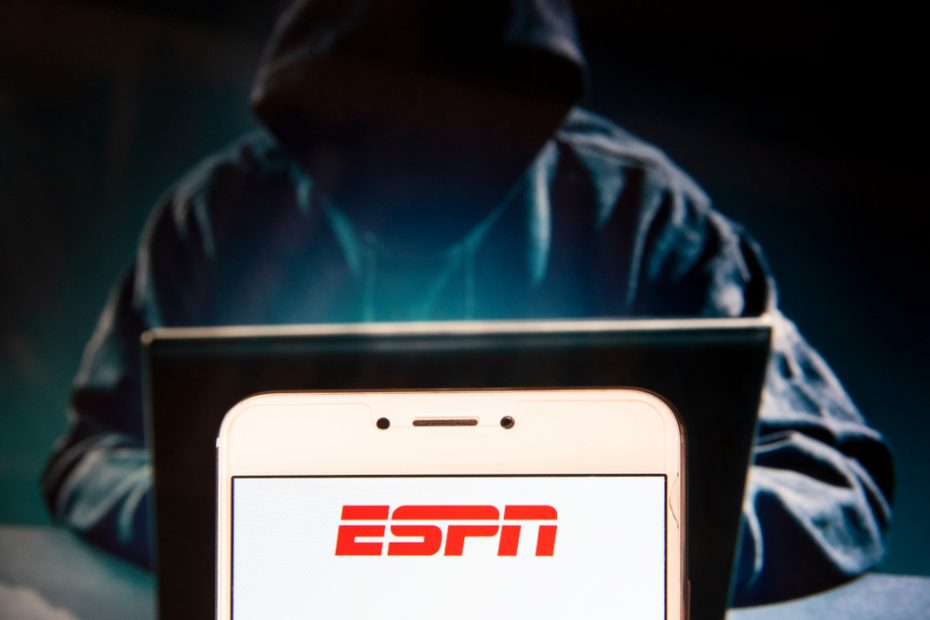 ESPN used to tout itself as the “worldwide leader in sports”. Boy, are those days gone or what?

These days ESPN seems to be intent on using their ever-shrinking platform to focus on almost anything BUT sports.

This isn’t surprising considering ESPN is owned by that pervy little mouse in Florida. Disney can’t help but dabble its little grooming fingers in the sports world. A world, by the way, that is supposed to be a respite from the douchebaggery going on in the real world. Thanks for nothing, mouse.

What’s the latest spewing from the genius mouths at ESPN? Check out this bit of ignorance. Via Outkick:

First Take is the only show that knows less about and spends more time on Jan.6 than The View does.

Stephen A. Smith and his rotation of “talents” are completely confused and now lying to their viewers.

The idea of these segments is to paint Jack Del Rio as a racist for asking why the media continues to excuse the deadly riots in the name of George Floyd. And in doing so, the show is making a mockery of the ESPN brand.

If you have ever watched ESPN, you are no doubt hearing Stephen A. Smith in your head right now. If you are unaware of who he is, just keep reading and don’t torture yourself by looking him up. Trust me on this one.

After Ryan Clark got done nodding along with Smith, Marcus Spears entered the picture. This is where Spears claimed that black people should rise up against Del Rio because “people died” at the Capitol.

Now, I know this is ESPN. I also know that guys like Ryan Clark and Marcus Spears are ex-athletes. I don’t hold them to a high standard journalistically. I understand they likely spent about as much time in a classroom as I have spent on an NFL sideline. That’s fine. But guys, how about doing even the TINIEST bit of research maybe? No?

Spears appears unaware that the BLM rioters caused the death of 25 people.

Oh well. ESPN personalities have a unique level of ignorance when it comes to statistics regarding deaths.

In the same segment, Smith reported that “at least five people” died during the Capitol storm. That is a lie. The only person who died on Jan. 6 was Ashley Babbitt, a white Trump supporter.

The level of stupid here folks is off the chart. Smith is best known for his hot takes and over-the-top personality, not his actual grasp on facts, which is fine in a sports setting. To apply those same loose standards to something as incendiary as today’s political landscape is dangerous and stupid.

On topics like these, ESPN is worse than MSNBC and CNN. The two cable networks at least bring on allegedly dissenting voices to provide a difference of opinion. Not at ESPN. Each personality at ESPN talking about Jan. 6 is far-Left and uninformed.

Stephen A. Smith, Ryan Clark, Marcus Spears, Sarah Spain, and the rest of the crew use the limited knowledge they see on Twitter to opine on Jack Del Rio.

Twitter told them that Jan. 6 was the darkest day in US history and the deadly BLM rioters had good intentions. That’s all they see, thus all they know.

Moreover, ESPN commentators know they can lie on set because no one across from them is informed enough to see they are lying.

The problem here is, that I don’t think ESPN knows it is lying. I think Smith, Spears, and his crew believe the nonsense they are spewing. That’s what makes this even more dangerous. When a liar lies, often when called out, they can be somewhat silenced. When a liar doesn’t know he is lying when called out he will just get louder and double down. That’s truly dangerous.

Either way, ESPN needs to stick to what it still somewhat knows, sports, and leave political discourse to those who have some idea of what they are talking about. Certainly not Stephen A. Smith, Marcus Spears, and Ryan Clark.