Watch! NYC Pastor Robbed During Live Stream. How Much?? 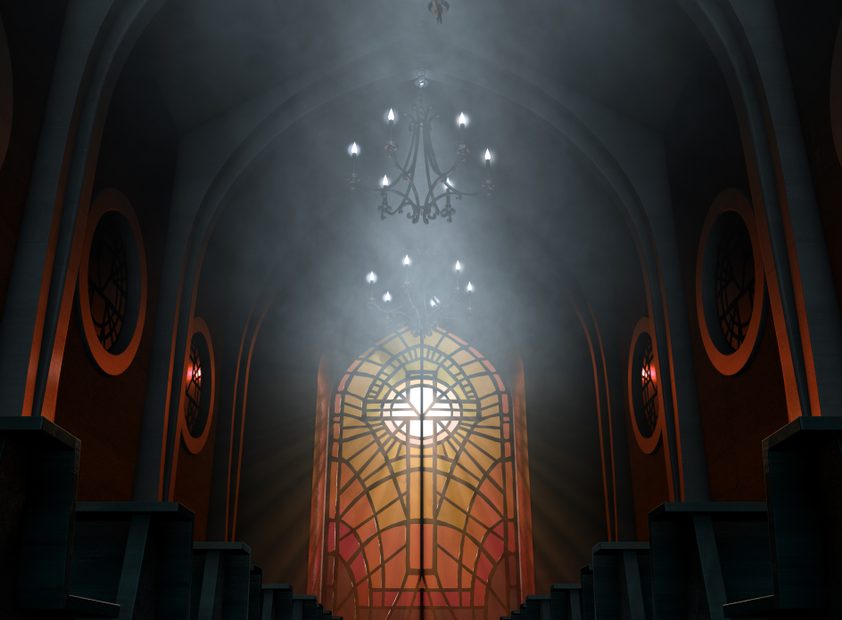 There’s an old saying that goes something like “God works in mysterious ways”. I assume this to be true. God doesn’t really go around flaunting his enormous power, unless of course you want to count space, nature, childbirth, etc. little stuff like that, you know?

No, sometimes God creeps around and drops subtle hints. Maybe it’s finding a 20-dollar bill on the street when you are almost broke. Maybe it’s getting a sweet parking spot close to the door right before it pours rain? Like I said, it can be super subtle!

Sometimes it’s not so subtle though, like when armed robbers interrupt a livestream sermon from an ostentatious NYC Pastor and swipe a million dollars of bling-bling for the world to see.  Yea, that.

NYC Pastor that Got Robbed For $400k Worth of His Jewelry Posted This Video of Him Flexing his Bling & Rolls Royce Whip Before He Actually Got Robbed in Church During A Live Stream🤦🏽‍♂️🔫 pic.twitter.com/lwULo4qGKu

What am I talking about? Check this out from CNN:

A flashy Brooklyn pastor known for wearing designer outfits and extravagant jewelry says he was robbed along with his wife of more than $1 million while he was preaching at church Sunday.

Police say they received a report that three people entered the Leaders of Tomorrow church Sunday with firearms and removed the jewelry pastor Lamor Miller-Whitehead, who goes by Bishop, and his wife were wearing. Police noted the investigation is “ongoing.”

Wow! Let me help with the investigation. God. Is. Pissed. There you go! Investigation complete! A Pastor, an alleged man of God, was wearing over a MILLION DOLLARS worth of jewelry, all bought on his parishioner’s dime.

If you ever needed proof of God, there you go!

“I got women and children there. As I got down, one went to my wife and took all her jewelry, and had the gun in front of my 8-month-old baby’s face,” he continued.

“Took off my bishop’s ring, my wedding band and took off my bishop chain, and then I had chains underneath my robe, and he start tapping my neck to see if (there was) anything else — so that means they knew, they watched and they knew that I have other jewelry,” he said.

Do all “bishops” get rings, chains, watches, and ice? Dang, I got into the wrong profession! I want a bishop’s chain! From the looks of the chains, they are big enough to put on your tires in case a big snow.

How is anyone not slightly suspicious if your Pastor is iced up like an LA rapper? Does he have champagne in the baptismal? Are there dancing girls on the altar? What in Lords name is going on in that church? It’s like something from an Eddie Murphy movie!

“My church is traumatized,” Whitehead said.

The NYPD said they received a report that the suspects took more than $1 million worth of jewelry and then fled the location on foot. They reportedly entered a white Mercedes-Benz vehicle and were seen traveling eastbound on Avenue D, police said.

In 2013, he founded Leaders of Tomorrow Ministry in Brooklyn, his bio states.

His church bio also says he was “adopted as a mentee” by Eric Adams, the former Brooklyn Borough President and current mayor of New York.

Is this a movie? Are we being punked here? Daring jewel thieves rob a crooked, ostentatious Pastor with ties to NYC Mayor Eric Adams, and flee in a white Mercedes.

Is this the script for the new Batman movie? It would make a good one!

Whitehead’s verified Instagram account details his extravagant shows of wealth, including Louis Vuitton-emblazoned suits, large jewelry and flashy cars. In a video on Sunday night, he pushed aback against the media headlines referring to him as “flashy.”

Pastor bling-bling is correct. It’s his prerogative to purchase what he wants to purchase. Now, in God’s eyes, I’m not sure his argument is going to carry much weight, as there’s talk in the Bible concerning rich men, camels, and eyes of needles. However, I’m not here to judge, judges actually are here to judge. And God. I suspect Pastor Bling-Bling won’t like his verdict.