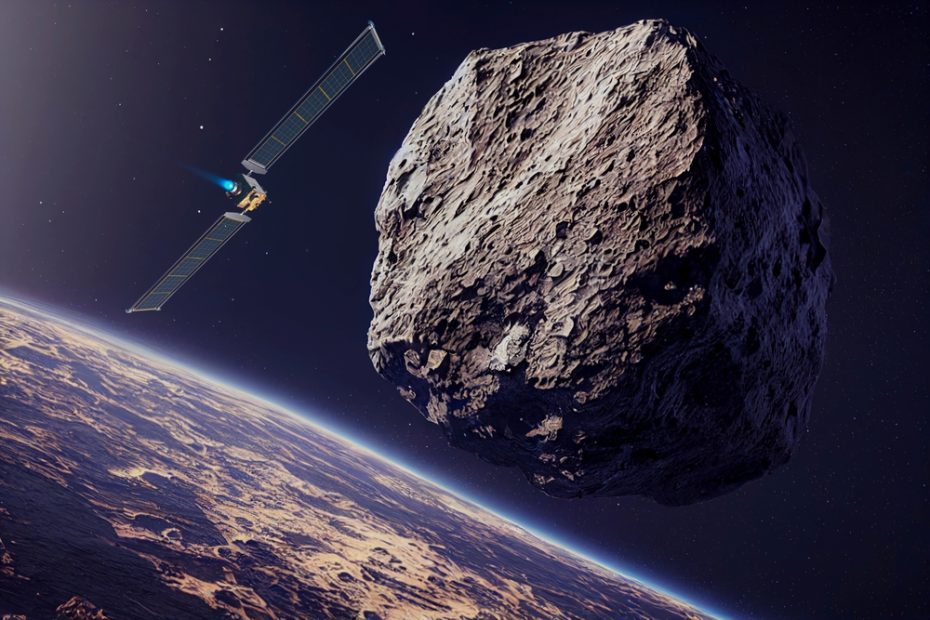 Humankind may now be capable of protecting its survival against the threat of an asteroid impact like the one that wiped out the dinosaurs as NASA successfully completed its first planetary defense mission yesterday.

The space rock was not on any near collision course with Earth, and the mission was an exploratory test in order to see if NASA could successfully alter an asteroid’s course by slamming a craft into it, a useful ability if a huge rock happens to be hurtling towards our planet at some point in the future.

DART was launched from California in November last year and took around 10 months to reach Dimorphoswhich orbits a larger asteroid, Didymos. NASA researchers cheered as they watched the live video feed from DART showing the craft nearing the asteroid before eventually smashing into it. As the video cuts out upon the successful impact, the NASA research team bursts into an applause from the control center.

Travelling at around 14,000 miles per hour, the DART craft, which was about the size of a golf cart, was completely destroyed upon its dead-on impact with Dimorphos, which measures around 560 feet in diameter. The aim was to give the rock a “small nudge” to move its orbit a fraction.

Amazingly, telescopes in Hawaii and South Africa captured the impact and explosion from Earth.

Animation (sped up 500x) from one of @LCO_Global's 1 meter telescope at @SAAO South Africa showing effects of #DARTMission impact into Dimorphos (Still no threat to the Earth… Long straight streak is camera artifact) pic.twitter.com/StYWtLArgG

While the mission seemed to be a success, NASA does not yet know if DART’s impact achieved its main mission of altering the rock’s orbit. Research teams are assessing some of the most powerful telescopes on Earth to see if the world’s first planetary defense system worked.

“As far as we can tell, our first planetary defense test was a success,” said Elena Adams, DART’s mission systems engineer at the Johns Hopkins University.

“I think Earthlings should sleep better. Definitely, I will.”

The Earth is constantly bombarded by small space rocks, but most break up within the planet’s atmosphere and disintegrate before impact. According to the American Meteor Society, around 10 to 50 meteors – or small space rocks – hit the Earth every day.

IMPACT SUCCESS! Watch from #DARTMIssion’s DRACO Camera, as the vending machine-sized spacecraft successfully collides with asteroid Dimorphos, which is the size of a football stadium and poses no threat to Earth. pic.twitter.com/7bXipPkjWD

Of course, the Earth has endured bigger impacts, most notably the 5km wide asteroid, known as Chicxulub which caused the ice age that wiped out the dinosaurs. Since the dawn of humankind’s existence, our tiny planet has been left defenseless against another planet-changing impact, perhaps until now.

NASA experts say that while the DART program and the possibility of a catastrophic asteroid impact sounds like the stuff of science fiction, experts found that 40 percent of larger asteroids measuring at 500 feet or above could pose a threat to Earth.

“We are changing the motion of a natural celestial body in space. Humanity has never done that before,” said Tom Statler, NASA’s DART program scientist.

“This is stuff of science fiction books and really corny episodes of Star Trek from when I was a kid. Now it’s real”.