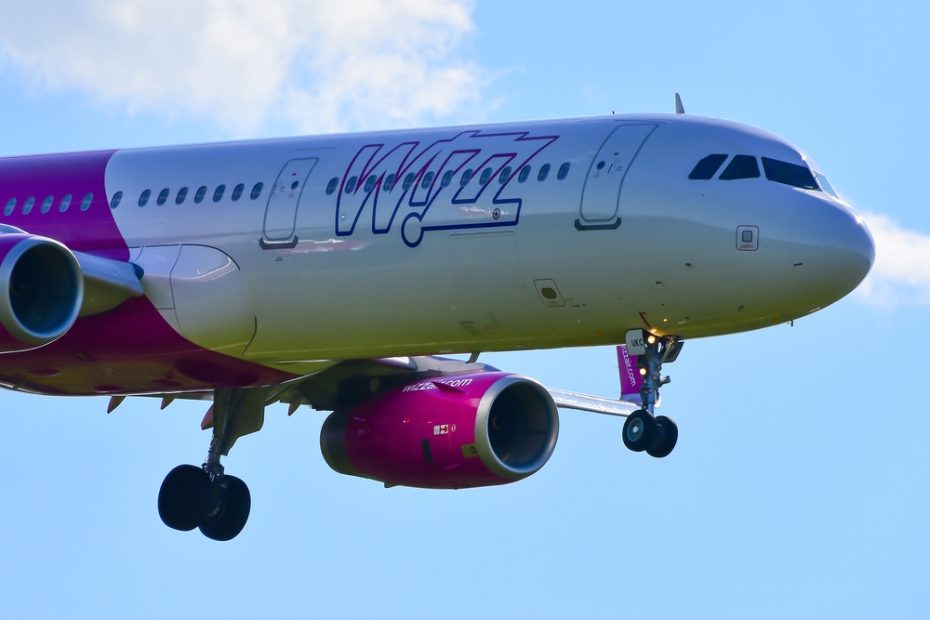 Shocking footage of a huge passenger jet approaching an airport in Greece is said to show the “lowest landing ever” as the Boeing narrowly misses tourists’ heads and a fence.

The Wizz Air jet can be seen approaching the small airport on the Greek island of Skiathos. The plane gets lower and lower over the turquoise blue, Mediterranean ocean as it cruises towards a busy beach where amazed tourists can be seen filming it on their phones.

The roar of the engines gets louder as the plane hurtles towards the island over a rocky peninsular and numerous small boats floating just offshore.

Terrifyingly, the pilot is flying the Airbus A321 neo so low that one man has to duck and dive out of the way as the plane glides seemingly feet off the ground over the beach with its landing wheels deployed.

Some spectators are knocked off their feet as the plane skims their heads. Someone can be heard screaming “holy sh-t” while other on-lookers gasp in horror.

One man carrying a camera frantically ducks as the plane thunders feet over his hand, kicking up dust from the ground as it went.

It narrowly skims over the Skiathos Alexandros Papadiamantis Airport perimeter fence before successfully landing on the runway.

An aviation enthusiast commented on the YouTube clip to explain why the pilot had been forced to undertake such a heart-thumpingly low approach upon landing:

“High temperature and very short runway, you have to do a deep landing to maximise the available runway for stop,” explained the YouTube user.

He went on to say that “low-budget” airlines “operate with short turnaround times, if you overheat the brakes you mess up the schedule of the plane”.

Social media users commented on the shocking video footage. One Twitter user jokingly quipped: “How many of the spectators do you think needed new pants?”

Another jested: “A powerfull hair dryer, isn’t it!?”

Other aviation fans remarked on how well the pilot had managed to keep calm and land the huge jet despite the difficult circumstances and the short runway:

“Amazing capture and thank you for the multiple angles, that’s exactly what I wanted to see as an aviation geek! Perfect,” said another.

Some commenters suggested that the pilot had deliberately taken a needlessly low approach to play up to the waiting crowds on the beach.

A supportive social media user hit back to say:

“Before jumping to conclusion, let’s just say we don’t know why the plane ended up so scarily low on a fairly routine approach but I doubt it was “intentional” “showing off“.

“However, the people standing there were definitely standing there intentionally despite of the warning signs and traffic lights. You cannot get injured if you’re not standing there. Glad to see the plane eventually touched down without any damage.”

The little airport on the island of Skiathos is built between two hills in a narrow valley just meters from the beach.

Its short runway means that passenger planes have to take an unusually low approach in order to stop on the tarmac.

It’s such an ordeal to land on the little strip that some planes even have to take off with less fuel in the tank than they would normally need, and many planes have to land at nearby Thessaloniki to refuel.