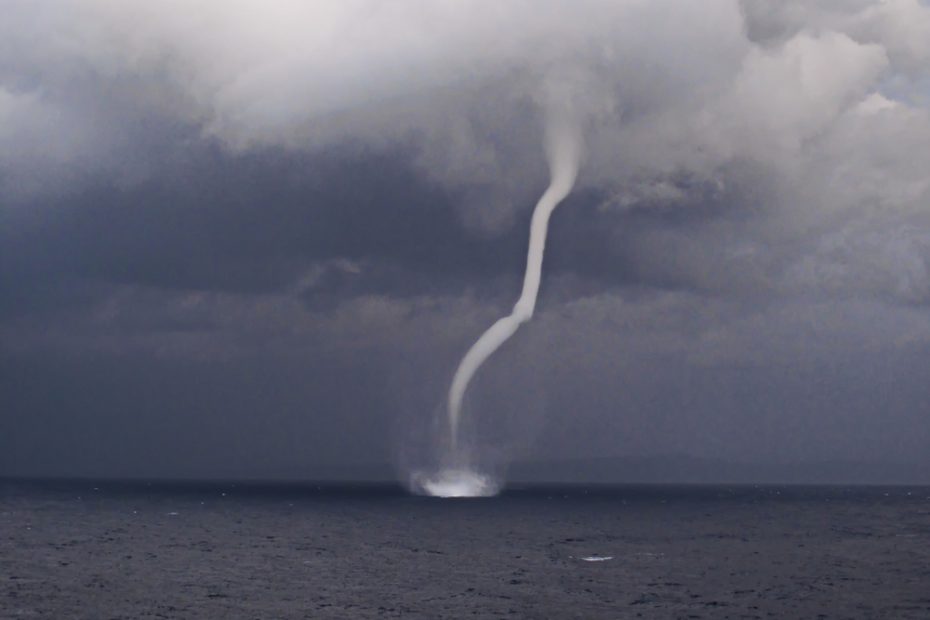 Tornadoes have always terrified me. Like, nightmare stuff. You know, crazy dreams, like I can’t find my kids and I can see five tornadoes out of the window. It’s fine, I don’t need therapy!

I have also had the unfortunate luck to experience tornadoes firsthand on a couple of instances. Suffice to say, it is every bit as destructive and insane as they say it is. The hail, the freight train sound, the funnel cloud. Yep, check all those boxes. Once you see one in person, you know you’ve seen one.

Now, a waterspout is a whole different animal. Sure, experts will tell you that it is simply a tornado that passed across water, but how do you explain them in the ocean, huh “experts”? I don’t need an expert to tell me that a water tornado is terrifying! Hasn’t anyone seen “Sharknado”, or any of the five sequels? Come on “experts”, science!

Recently a tiny, yet habited island off the coast of Maryland had a close encounter with a water tornado, devastating the small community. Let’s check Outkick for the details:

Severe weather led to a waterspout tornado and reports of significant damage on Maryland’s Smith Island on Thursday evening. Several eyewitnesses managed to capture some scary videos and pictures of both the waterspout and the damage it left behind.

A waterspout is simply a tornado that crosses over water and that’s exactly what can be seen in the video from Smith Island, which sits in the Chesapeake Bay along the Maryland-Virginia border. The waterspout appears to move past a marina and several onlookers fortunate enough to not be in the storm’s path. However, it does seem to hit and cause significant damage to a building around 25 seconds into the video.

Let’s not try to downplay a water tornado by saying it’s simply a tornado that crosses over water. That shouldn’t happen! I mean, I know logically that it makes sense, but it is still insane stuff. Could you imagine a nice weekend on the lake, a storm rolls in, and next thing you see is a lake tornado? Yea, you’d probably pack up the boat and head back to the city. At least there you are safe from sharks and water tornadoes. Can’t help you with the criminals.

Maryland Governor Larry Hogan said in a tweet soon after the storm that more than 50,000 power outages had been reported. He urged residents to stay off the roads so that emergency crews could tend to the damage. The governor also stated Somerset County officials reported significant damage on Smith Island and that his office was prepared to offer assistance.

Pretty tragic stuff. Hard to believe a waterspout could cause that kind of damage. What are the odds of that small island being in the path of a tornado? Just insane.

Of course, it’s just a matter of time before the boogeyman, otherwise known as climate change, will be blamed. That’s the go-to for the left when something bad happens and they want political talking points.

I will concede this to the left though; the first report of an actual Sharknado and I am fully on board to fight climate change. Deal?

Best wishes to Smith Island and its residents in the wake of this freak natural disaster.