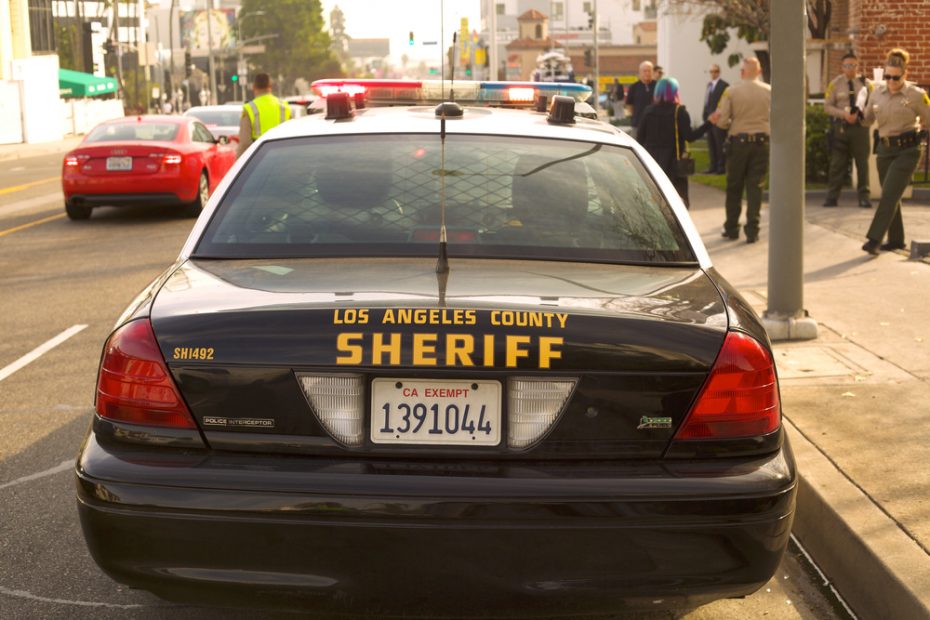 LAPD has released horrific CCTV footage showing the moment a gunman shot a stranger on a subway platform at point-blank range in the back of the head.

The victim appeared to be standing on the platform and talking on a cell phone when the gunman, now named John Anthony Holenbeck, 28, approached the victim, David Koliba, 40, from behind.ad been waiting for a train when Holenbeck followed him along the platform and proceeded to shoot him in the back of the head, execution-style.

Four deputy officers who had been alerted to the incident made their way up the stairway and onto the platform. At this point, the footage shows the gunmen jumping down from the platform onto the railroad tracks, dropping the pistol from his pocket in the process. The cops shouted at the suspect to stop, but he didn’t comply.

Holenbeck can be seen in the video scrambling to pick up the weapon before pointing it at cops on the platform and opening fire. Cops engaged in a shoot-out with Holenbeck. He fell to the ground injured by a bullet and later died in hospital.

It is unclear why Holenbeck decided to target Koliba, who sustained a gunshot wound to the head and died at the scene. It did not appear that the two men exchanged any words before the incident, and police revealed that they were complete strangers.

Like many other major cities run by Democrats, this appalling incident comes as woke-led LA is facing a spike in violent crime. According to LAPD figures, burglaries in the city have increased 9.5 percent since last year, property crime is up by 12.3 percent, violent crime has surged by 7.5 percent, and robberies have seen an 18.8 percent increase.

In December last year, Beverly Hills police chief Mark Stainbrook spoke out about how woke policies are resulting in a rise in crime in Los Angeles.

Speaking to Fox & Friends, Stainbrook said bail reform laws in LA have led to serial criminals being caught “over and over again” re-offending.

LA is one of the left-wing cities which decided to adopt the controversial jail reform bill, which was designed to stop criminals who couldn’t afford to pay their bail from being kept in jail for months or years.

But critics say the bill has meant that many dangerous criminals are released onto the streets who go on to re-offend, sometimes numerous times.

But LA’s Dem. Mayor Eric Garcetti has insisted that the bill, which seems to put violent and dangerous criminals before the safety and security of the public, is a much-needed change in the criminal justice system.

After Covid restrictions were loosened in LA at the start of the year, Garcetti said that now they had “opened up a lot of the city,” LA “should be able to also open up our jails.”