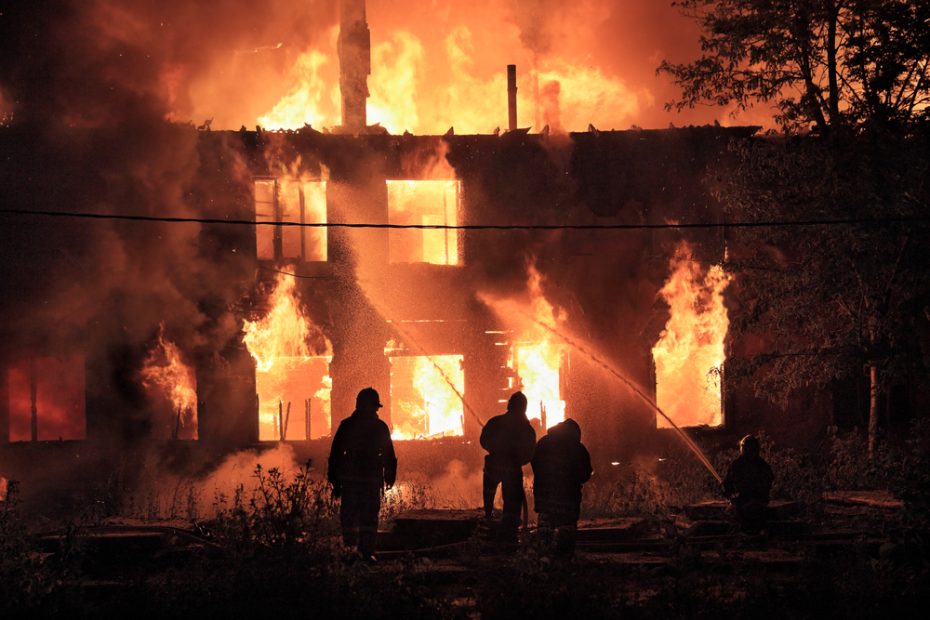 I am really tired of the expression “not all heroes wear capes”. Of course they don’t! Spider-Man doesn’t wear a cape. Neither does Iron Man or the Hulk.

Of course, not all heroes are fictional characters either. Police, fire, first responders; all REAL American heroes, along with our brave armed forces members defending our country.

The best stories however are when everyday people step up and save lives. No special powers. No special training. No radioactive spider bites (if only).

Sometimes, ordinary people rise to the occasion and put their own wellbeing to the side in order to help their fellow man. These are the best stories. What would I do? What would you do? I only hope I would have an ounce of the bravery of one bad ass pizza delivery guy in LaFayette, Indiana. If any hero deserves a cape, it’s this guy. Let’s go to Outkick for the action hero-esque details:

A heroic tale of a pizza delivery guy from Lafayette, Indiana named Nicholas Bostic is one for the ages.

His nerves of steel not only displayed pure selflessness and courage in a moment of crisis, but it also saved the lives of five children, ranging from ages 1 to 18.

On July 12, the Lafayette Police Department and Lafayette Fire Department were alerted of a burning building around 2:00 a.m., discovered at the 2200 block of Union Street, per the police report.

As authorities showed up to the location, a 25-year-old man by the name of Nicholas Bostic was seen severely injured and holding a six-year-old girl who, moments earlier, had been stuck in a burning home filled with flames and pitch-black smoke.

Already I am stunned by the bravery exhibited here. Who does this? What kind of bad ass just throws his own safety to the wind and rushes into a burning house?

Nicholas Bostic is the answer to that question, and I only hope if a situation like this ever arises and I can intervene, that I have an ounce of his courage.

He entered the house through a back door and as he searched through the home, he found four children that he was able to escort safely out of the still-burning home.

Once the four youngsters made it out, they alerted Bostic of a six-year-old girl still in the home.

“I asked them if anybody was left in there — and that’s when they told me that the six-year-old was,” he said. As the flames intensified, people were able to spot the burning home and alert authorities.

Let's talk about this hero. Nick Bostic, 25, of Lafayette, was driving to a gas station around 12.30am on Monday when he noticed house on fire and saved 4 children.
What a man! #hero pic.twitter.com/GqcnLgGtVa

What do you do here? You have already rescued three kids from almost certain death, but there is still one more child in the house.

Bear in mind, Bostic had no idea of the floor plan of the home. He could’ve reasonably waited for first responders to show up at that point and use their life saving PPE to enter the home.

Nope! Bostic WAS the first responder. What happened next is truly the stuff of a Hollywood action movie.

At one point, while scouring through the ticking time bomb, Bostic was seemingly cut off by one remaining area filled with black smoke and without much visibility to walk through.

“The last thing I could do was waste a second panicking,” Bostic said.

He wrapped a shirt around his face and proceeded to search the area, mostly through tactile guidance without any real shot at of seeing through the smoke.

Here’s the video to go along with the story. pic.twitter.com/TvZ5wzCg1f

How many times does a story like this end in tragedy? There’s a reason fire fighters are equipped with oxygen tanks and fireproof suits.

The odds were almost overwhelming that Bostic would fail, and the remaining child and he would die a horrible death.

Not on his watch! Not today, Satan!

“I used my ears to guide me to her voice,” said the Indiana man. “I grabbed her and held her snug and I ran up those stairs like a running back for the Colts.”

Bostic ushered the girl out of the area, punched through a window with his bare fist and jumped out of the second story of the home with the girl in his arms.

He was discovered by the police with a heavily cut arm and severe lung damage from inhaling the smoke.

Bostic was air-lifted to an Indianapolis hospital to be treated for his injuries — he has been released since.

Folks, this is what a real American hero looks like. A man that risked almost certain death with absolutely no regard for his own life, to save the lives of children he didn’t know.

We live in a selfish age of “me first”, with many people his age more concerned with Instagram likes and protesting whatever the issue of the moment is.

We need more people like Nicholas Bostic, and we need more selfless heroes willing to rush into burning buildings, both literally and metaphorically to save their fellow Americans.

Hollywood needs to take note, as does the legacy media in lifting this courageous young hero up and telling his story!