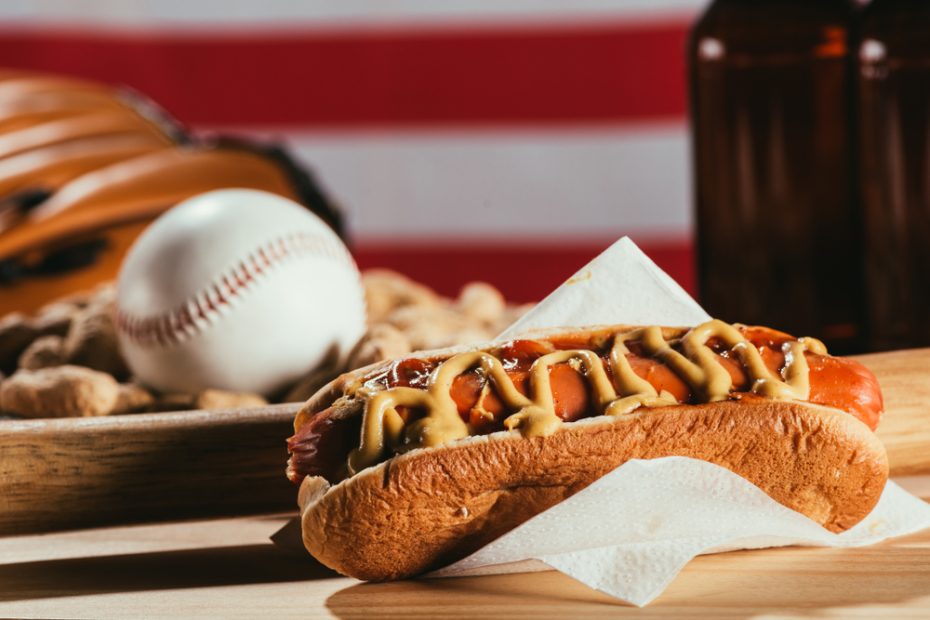 Baseball is a grind. One hundred and sixty-two games spread out over six months. Frankly, it’s hard to stay interested.

Even the players struggle to stay engaged at times. Players famously have fallen asleep in the dugout, or in some cases even left the stadium and came back without getting caught.

The in-stadium experience has improved dramatically in recent years, as MLB realizes their product can be slow at times. Since we are a species with incredibly short attention spans, keeping everyone engaged and busy at the ballpark is crucial to fan retention.

Bored fans tend to do bad things. Sex acts in the outfield stands, fighting, excessive drunkenness; all can be found around MLB stadiums.

However, some fans use the downtime during the games for good instead of evil. Recently one such fan at a Yankee/Met game, otherwise known as the “Subway Series”, created a new and unique way to enjoy his two favorite things at once! Let’s see what the New York Post says:

One Yankees fan sure found a unique was to drink his beer during the Subway Series.

A viral video captured by Instagram user NewYorkNico caught a fan of the Bronx Bombers sitting field level using a regular straw to punch a hole through his hot dog at Yankee Stadium on Monday night.

Cool. So he’s going to stuff the dog with some ketchup, mustard or some relish?

So much intrigue! Is he going to use the hollowed-out hot dog as a spy glass? Maybe he’s going to shoot spit wads at people like it’s 8th grade study hall again.

Perhaps a makeshift bullhorn to rev up the sleepy crowd (its baseball). Maybe he jammed a finger and needed an emergency splint? Hey, those aren’t the best quality dogs.  So many possibilities, so many uses for a hollowed-out wiener.

After licking both ends of the straw, the fan then leaned over to pick up his drink from the ground – which appeared to be a beer – and placed the hot dog in it. With the hot dog almost fully submerged, the fan took a sip of his drink through it.

This sure is a different way to go about enjoying a hot dog as the Yankees clashed with the rival Mets, but to each their own.

I understand the premise here, I really do. Hot dogs are delicious! Beer, fantastic. Beer through a hot dog straw? Disgusting!

This is not a “chocolate on my peanut butter, peanut butter on my chocolate” scenario here. This isn’t “two great tastes that taste great together.” This is bad meat and warm beer!

You will never see a commercial where someone is walking, enjoying a hot dog while someone else is walking enjoying a cold beer, and bump into each other creating the world’s worst snack drink. This is America, we are better than that!

Well, since this IS America, we are free. Even in New York City. If this fellow wants to gross out the world with a hot dog straw in his beer, we have to honor his decision.