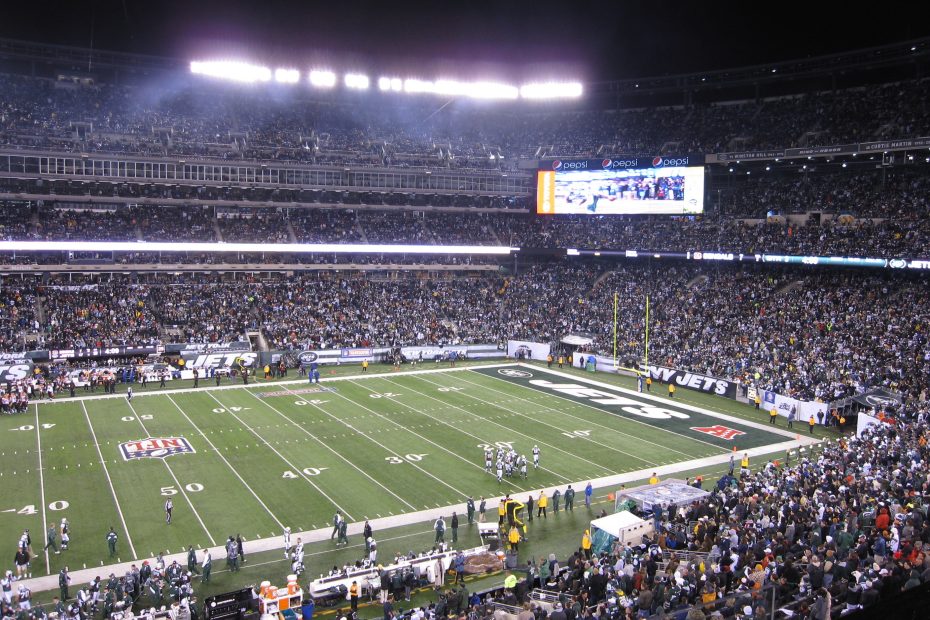 During the recent New York Jets-Baltimore Ravens game, an NYPD officer name Brianna Fernandez led the singing of the national anthem, as the game took place on Sunday, September 11th, the 21st anniversary of the 9/11 attack.

Officer Fernandez, in addition to singing the anthem, encouraged the MetLife Stadium crowd to join her in singing it. In a heartwarming, powerful display of unity and commemoration on the anniversary of that awful attack, the crowd did so, joining Fernandez in signing the anthem and showing respect for the flag while commemorating 9/11. Watch that video, which the Jets shared with the caption “Chills” and a slew of American flag emojis, below:

The display wasn’t good enough for everyone, however. One man commented on the Jets’ post by noting that not many of the fans in the video were putting their hands over their heart, saying:

“Doesn’t anybody put their hand over their heart anymore? So much for patriotism. Show some respect, people!”

Commenting on his complaint, another user said “Putting your hand over your heart is required for when you say The Pledge of Allegiance not the National Anthem. It’s a common misconception, but yes, everyone should be singing it to show respect.”

Still, it is generally seen as a sign of respect, as the original complainant noted, saying: “Just because it’s not required, that doesn’t mean it shouldn’t be done. Hats off, hand on heart, proudly singing along. That’s just the way it’s always been done. And in my opinion, still should be.”

Regardless, many of the fans at the stadium seem to have at least tried to show respect for the flag, their country, and even the recently deceased Queen of England, as the Daily Wire reported, saying:

The song concluded with loud applause as Americans sought to “never forget” the terrorist attacks that killed nearly 3,000 people in New York, Pennsylvania, and Washington, D.C.

The opening also included a moment of silence to remember the death of the United Kingdom’s Her Majesty Queen Elizabeth II that occurred on Thursday. The Queen led for more than 70 years, starting in 1952 until her passing at the age of 96.

HowevAll Postser, while this was a good moment for the anthem, NFL, and New York City, the NFL has found itself on the wrong side of the national anthem debate in the eyes of many conservatives.

Though the pro-football league initially pushed back on the attempts of athletes to protest by kneeling during the anthem, the NFL backed down following the death of George Floyd and the summer of “fiery, but mostly peaceful protests” that ensued, with Roger Goodell releasing a video on Twitter saying:

“We, the NFL, condemn racism and the systematic oppression of Black People. We, the NFL, admit we were wrong for not listening to NFL players earlier and encourage all to speak out and peacefully protest. We, the NFL, believe Black Lives Matter.”

Goodell added that players would not be disciplined for kneeling, as Sporting News reported, saying:

“Yes,” Goodell stated frankly when asked by former NFL player Emmanuel Acho whether he will support players who protest during the national anthem in 2020. Goodell recently appeared on Acho’s show called “Uncomfortable Conversations with a Black Man” in a two-part episode.

“We have never disciplined a single player for anything with the national anthem and in violation (of the policy),” Goodell continued. “And I don’t intend to. And I will support them.”