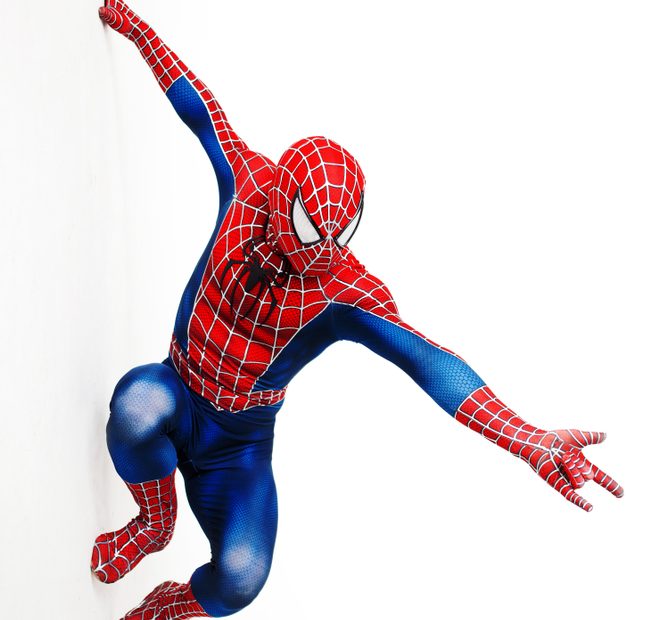 We have all seen Tom Cruise jump from rooftop to rooftop, right? How hard can it be? Spider-Man does it, with the aid of CGI of course. Unlike Tom Cruise, Spider-Man doesn’t do his own stunts. Sissy.

The circumstances would have to be pretty extreme to make a leap like that. Roof to roof, off a train platform onto another roof. Heck, I’m not sure I could jump off the roof of my car without getting mortally wounded.

However, sometimes the circumstances are so dire, so extreme that extreme action is required. Or maybe it’s just a dumb criminal that doesn’t want to go to jail. Either way, let’s go to the New York Post and see what’s up:

Pulse-pounding video shows the moment a man fleeing cops jumped from elevated Brooklyn subway tracks onto the roof of a building across the street — while bystanders below begged him not to make the dangerous leap.

Kendall Floyd, 25, was cruising around Williamsburg Wednesday afternoon when cops spotted him driving without a seatbelt and pulled him over, authorities said.

But as officers conducted the car stop at Humboldt and Debevoise streets around 4:10 p.m., Floyd suddenly flung his car door open, striking a cop in the arm, and bolted.

The slightly uneasy feeling I get about New York City cops pulling over a black man for not wearing a seatbelt aside (what could go wrong there?), apparently Floyd was up to more than just cruising around unencumbered by supplemental safety devices. Who needs safety devices when this dude thinks he can fly?

Also, I’m sure many, many good people were begging him not to make the leap, but it’s also New York City. I’m sure there were a few people going full David Lee Roth; “might as well jump”.

Police managed to catch up to him again about three blocks away but he still refused to surrender.

The slippery motorist then scrambled up a stanchion pole onto elevated subway tracks near the Flushing Avenue station, police said.

Floyd then suddenly takes the plunge, jumping “a great distance” onto the roof of a commercial building across the street, according to cops and the shocking footage.

Floyd, who suffered a leg injury after the dramatic plunge, was arrested by the officers, cops said.

He was charged with assault on a police officer, reckless endangerment, official misconduct, false personation, two counts of criminal trespass, disorderly conduct and a seatbelt violation, according to police.

I like how after all the other charges are piled on, they charge him with a seat belt violation as well. Hilarious!

What’s NOT hilarious is putting yourself, bystanders and officers in danger by trying to Daredevil your way out of an arrest. The charges filed don’t seem terrible, so it remains to be seen why this man decided to take flight.

Or maybe he had always wanted to do a daring rooftop jump, and this was his chance. Either way, he got an injured leg and a new set of bracelets for his trouble, even if he does now, and forever have a bad ass viral video starring himself.

You can see the video here.