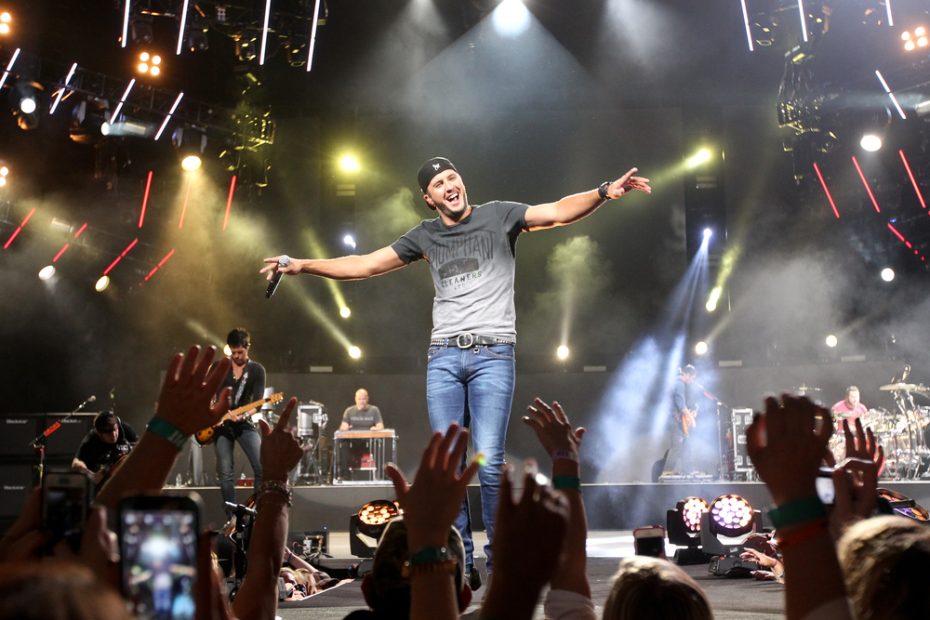 I’m a hardcore music fan. Always have been. As a kid, since we only had three channels (I’m old), most of my evenings would be spent listening to the local FM DJ’s as opposed to watching whatever my parents were watching. Thus began my love of music.

Country was never really my thing, but country in the 70’s and 80’s was vastly different from what it is now. The so-called ‘bro” country dominates the airwaves and the concert stages.

Truth be told I like it way more than any of the more traditional stuff my parents listened to. Having attended close to one thousand concerts in my life, some of the better stage shows I have seen have been contemporary country acts. Garth Brooks, conservative star Jason Aldean, Luke Bryan, all put on fantastic stage shows.

Speaking of Luke Bryan, he recently took a tumble at a show in North Carolina, and the results were hilarious! Check this out from CMT:

Leave it to Luke Bryan to wiggle his hips with such fervor that he propels himself to the ground – where he keeps the hip action pumping and never misses a note.
That’s the scene that unfolded over the weekend while Bryan was on stage in Raleigh, North Carolina.

During “That’s My Kind Of Night,” the singer lost his balance and tumbled the stage without missing a single lyric. When he got his bearings, Bryan started thrusting into the air.

Dancing long, Luke? It must be hazardous to shimmy your hips in dusty cowboy boots. I can’t even wear them for more than a couple of hours, no less prance around a stage and bust a move.

What’s more impressive is Bryan never stopped singing! I’m no professional, but if I fall while I’m singing in the shower, I have to yell for help just in case! Just kidding, I’m not THAT old and I don’t sing in the shower.

Bryan’s tour manager rushed out to help him, but Bryan waved him away and later hopped up and resumed dancing. But, not before having a laugh at his own expense.

It’s not the first time Bryan has fallen on stage.

In 2014, Bryan stepped off the edge of the stage in Charlotte, North Carolina and fell to the floor between the stage and the barricade. He was helped back on stage and said that the last time he was in North Carolina, he fell on stage. So that brings Bryan to a total of at least three falls in the Tar-heel State.

So apparently “Tar Heel” is literally just a nickname for North Carolina, as Luke can’t seem to manage to keep his heels on the stage.

Kudos to Bryan for the professionalism it takes to stay focused and continue, despite “knocking boots” off the stage.

Bryan is currently on his RAISED UP RIGHT TOUR and is out promoting his new single “Country On.”

He hopes his new song “County On” will unite Americans with a message he thinks most country fans can embrace.

All I can say is, good luck with that Luke. It’s going to take some doing to unite Americans on anything right now, except for the consensus that thinks Joe Biden stinks.

However, at least some in the entertainment industry are attempting to unite rather than divide, and for that at least, Luke Bryan has my respect and support. And his dancing. It’s pretty fantastic too.