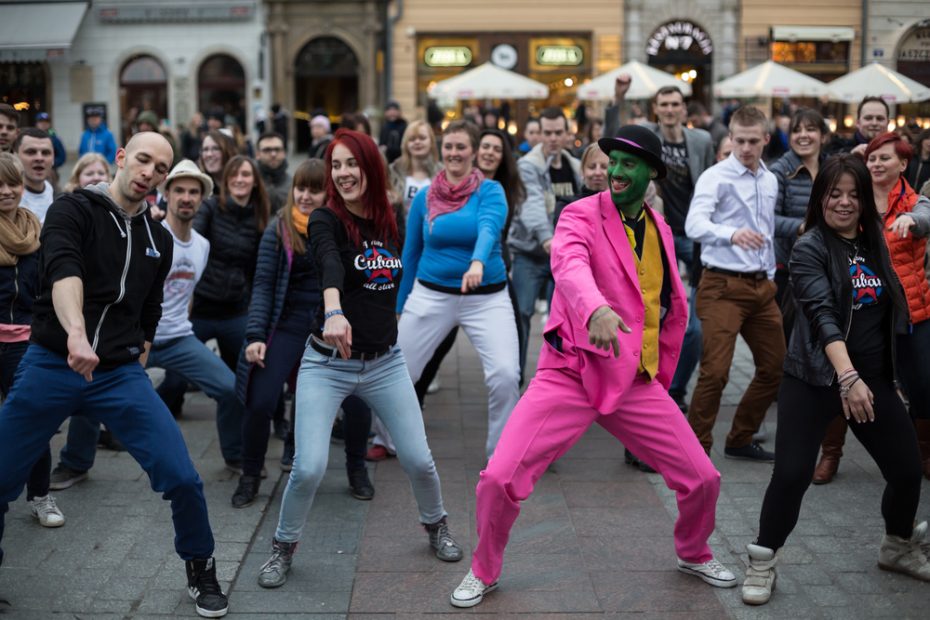 Remember when flash mobs were a thing? You’d be sitting in the mall food court, enjoying an Auntie Em pretzel and 15 or 20 people would all stop what they were pretending to be doing and a giant dance party would break out! Fun!

Well, just like everything else good and fun, criminals ruin it!

Ok, so it’s not exactly technically a flash mob, but criminals are now overwhelming small businesses with sheer numbers and just grabbing and running. What’s the typical convenience store going to do when they have three employees and 15 people overwhelm them with the intent to steal?

Recently a Los Angeles (go figure) 7/11 store was overwhelmed and most of it was caught on video. Check this out from the New York Post:

A “flash mob” of looters were caught on camera ransacking a 7-Eleven in Los Angeles earlier this week — making off with handfuls of cigarettes, snacks and other goods, authorities said.

Video clips released by Los Angeles police show dozens of people, many of them not bothering to hide their faces, grabbing various items as they swarmed the chain store Monday shortly after midnight in the Harbor Gateway section of the city.

Part of the footage even shows the rowdy bunch going behind the counter that was apparently vacated by 7-Eleven employees and flinging items toward a pack of people on the other side.

This is it folks. This is what we are being reduced to in certain parts of the country. In California, Los Angeles in particular, thieves know that there are no repercussions for their crimes. The George Soros backed prosecutor, George Gascon has a soft on crime policy that has turned Los Angeles into a third world country.

Criminals absolutely do not fear an already understaffed police department that knows criminals are just going to be turned loose.

The robberies occurred during a street takeover where drivers flooded and blocked a city intersection with their vehicles from all directions to create a “pit” in the middle of it, police said.

Spectators got out of their cars and watched as drivers started “doing doughnuts,” authorities said.

The incident comes as LA County District Attorney George Gascon and his office have come under fire for prosecutorial laxity that some blame for a spike in the city’s crime rate. He has been criticized for announcing plans to soften the state’s three strikes law, which mandates harsher penalties for repeat offenders.

Folks, this is all planned. The Democrats are trying to run good, law-abiding people out of the cities, and California in general to further their grip on the state.

Things like “street takeovers” and flash mobs overwhelming and robbing businesses should be handled harshly and swiftly. This type of behavior can’t be allowed to take place.

All of this taking place in a state where the Governor, Gavin Newsome has aspirations for the White House in 2024.

Not acceptable. It’s not even safe to visit Los Angeles as a tourist. It’s a shame what the Democrats have allowed California to become.

Unlike 7/11, which is “always open”, California is now closed for business.