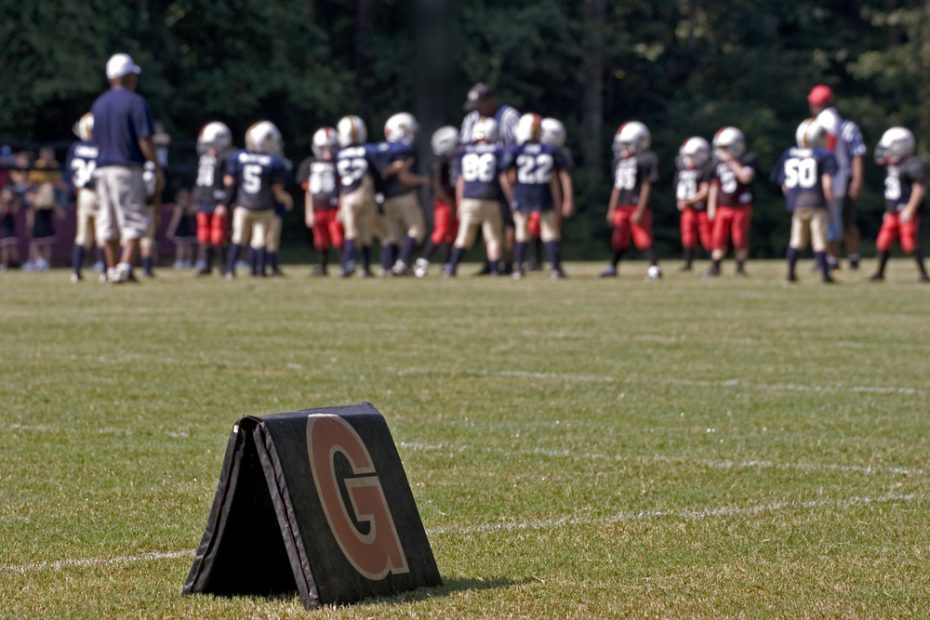 I love pee wee football! Little kids, barely able to hold their heads up in those oversized helmets, lots of falling down and usually one over developed kid dominating all the rest, good times!

Pee wee ball this time of year is a cherished tradition. How else are we going to get these kids ready for the big time?

Unfortunately, most youth sports put more emphasis on having fun and participation rather that developing winners and killer instinct. Maybe that’s part of what is wrong with America? I digress.

Thank goodness for football. There really is no way to sugar coat football. It’s violent, competitive, and the kids that shouldn’t be playing get quickly weeded out, which is fine.

It doesn’t take a kid long to realize he doesn’t like the violence, and or pain, and seek out another sport, or a musical instrument.

Of course, this is usually from the violence doled out by other kids during a game, not by grown adults in mascot costumes taking advantage of the situation and absolutely WRECKING kids.

It’s brutal, but hysterical. Check this out from Outkick:

In the era of handouts and participation trophies, kids have started to learn that nothing comes hard in life. Well, Blooper did a little educating for the children during halftime Saturday when a youth team was scrimmaging.

I have seen mascot games before, and generally it is the mascots killing each other. I’m not sure I have seen tackles and stiff arms this savage outside of the SEC.

I can’t stop watching the Braves mascot, Blooper, wrecking kids with stiff arms at halftime of the Falcons game. pic.twitter.com/Av1j4rHNO4

The Braves mascot, for some reason named “Blooper” just absolutely went on a rampage. there was no way he was going to be denied the end zone.

Blooper looked like Walter Payton in the open field, tossing these kids aside like they were just gnats flying around whatever his face is.

Football is a tough sport. It’s not easy. It’s an absolute war in the trenches and in the open field. Blooper – a baseball mascot – understood that better than the kids on the field.

They probably thought this was a great chance to get on the field at Mercedes Benz Stadium and have some fun.

Blooper is also a grown (presumably) man in that costume, yet the speed and ferocity are impressive.

I have worn mascot uniforms before. The big floppy feet, the tail if applicable, the lack of peripheral, or any vision for that matter, just make the wrecking ball that is Blooper even more impressive.

I think we should find out who the savage is in the Braves mascot outfit (pun intended) and get him or her a look at a D 1 school. Not Georgia or Alabama, or even LSU, but surely Vanderbilt or one of the other SEC bottom feeders could use a running back with the mean streak and nose for the end zone like Blooper possesses.