Watch: Bird Flies Onto “Today Show” Set, Not the Kind With Wings 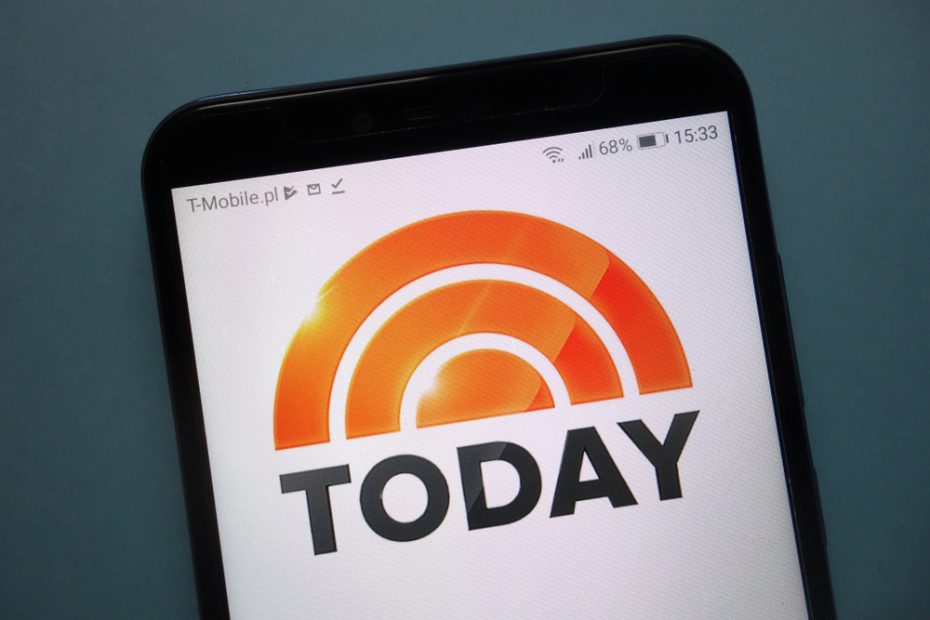 I have to admit, I don’t watch any talk shows. None. Zero. Zip. The days of compelling tv talk are over. There is no David Letterman. No more Johnny Carson, hell not even a Jay Leno.

The daytime shows aren’t any better. The View? I’d rather scratch my own eyeballs out. Good Morning America? Why would I want to watch the gapped toothed one, Michael Strahan or George Stephanopoulos?  The Today show? Not since Regis and Kathy Lee. Nope, just no interest anymore.

Fluff news aside, the politics of most of these shows has turned me off. Cheap political jokes, usually at the expense of one side of the aisle just plain gets old.

However, that doesn’t mean there aren’t bits and pieces of actual entertainment, intentioned or not. Thank goodness social media preserves those moments so I don’t have to sit through the rest.

Recently an unusual “bird” flew on the set of the Today Show. Not the kind you think though. Let’s check with Outsider.com for the flightless details:

Talk shows are known for their family-friendly nature. Though the kids probably aren’t begging to watch Jimmy Kimmel or Good Morning America, they’re usually safe options to put on the TV while they’re in the room.

That said, accidents happen. From embarrassingly vulgar tongue twisters to unexpected explosive arguments, television hosts and newscasters are only human and bound to make a mistake now and then.

One such mistake was made in a recent segment on the TODAY Show when host Sam Brock accidentally gave Savannah Guthrie, Hoda Kotb, Craig Melvin, and all the viewers at home the middle finger.

Now let’s be real, haven’t we all sat in front of the television at times and maybe flipped a bird or had a few choice words for some of these boobs?

Considering the ongoing feud between Savannah Guthrie and Hoda Kotb, it’s surprising we haven’t seen it live in studio before now.

“Flip it. Six-five. Yes, I am tall. That is part of this story as well,” Sam responded with a chuckle.

Unfortunately, before Sam Brock began his reply, he unconsciously held up his middle finger, making it appear as though he giving Hoda Kotb a rude hand gesture for teasing him. He quickly added another finger, however, remedying the situation.

The airline seat debate continues, but it’s not about comfort — it’s about safety. @SamBrockNBC is here with the story 💺 pic.twitter.com/yCQBCgCbL4

Hard hitting journalism there, a piece on the size of airplane seats, but I’m writing about it now, so who am I to judge?

Watching the clip, it doesn’t exactly look accidental. It looks like a subtle, but intentional message. Most of us have rubbed our nose or something similar with our middle finger, haven’t we? I have. It’s just a subtle, polite message, that’s all.

Except when it happens on live television, then it’s just funny. Whatever the circumstances, whether intentional or not, it’s been a minute since I have watched any of a daytime talk show, so guess you got me, Today Show. Glad they can’t see me flipping them a similar bird right now.