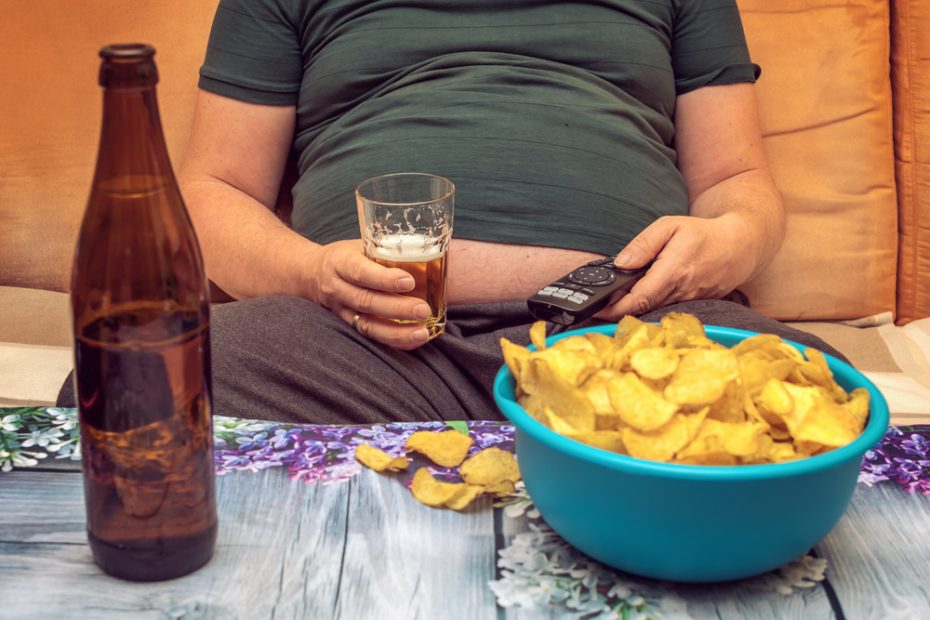 It’s scientifically accepted that a poor diet and lack of exercise is bad, right? I mean, it’s just common sense, isn’t it?

The more sedentary your lifestyle, the shorter your lifespan. Those are just indisputable facts of science, and we also have the longitudinal studies to back it up.

Again, just common sense! Well, as is the case with the left, common sense is in short supply these days. Boys can be girls, fat is healthy, there are unlimited genders; the left is certainly no longer the “party of science”.

Problem is, they are the louder, more obnoxious party. If you are really loud, and shout and scream and protest enough, everyone else will give you your way, like you are a petulant child. The left is the party of immature, petulant children. It shows more and more every day.

Even ten years ago who would’ve thought in 2022 being obese would go from a non-desired condition to something the left wants to force everyone to celebrate?  Yet here we are!

Comedian and political commentator Bill Maher had some nuggets of wisdom (not chicken) for the movement recently. Let’s check Outkick for the tasty details:

In the most recent episode of Real Time with Bill Maher, the veteran comic took aim at the Fat Acceptance movement, going so far as to call it “Orwellian.”

Maher started by pointing to the movement as one of many modern examples of “rewriting science to fit ideology to just fit what you want reality to be.”

“We’ve gone from fat acceptance to fat celebration. That’s new. That is new,” Maher said. “To view letting yourself go as a point of pride? We used to at least try and be fit and healthy and society praised those who succeeded. Now the term body positivity is used to mean, ‘I’m perfect the way I am because I’m me.’ It’s Orwellian how often positivity is used to describe what’s not healthy!”

There’s a disturbing trend going on in America these days with rewriting science to fit ideology. We’ve gone from fat acceptance to fat celebration. pic.twitter.com/r0zmqtamUl

In true Maher fashion, he holds nothing back. Maher correctly points out that as Americans we are now forced to celebrate an unhealthy lifestyle once again. We are a nation of soft people. Literally and figuratively.

This is what the left does. They demand tolerance, and once they get that they move on to acceptance. After gaining acceptance, they demand celebration. If you don’t comply and celebrate a narrative, then you are labeled a bigot, or transphobic, or fatphobic.

All of those lifestyles are ultimately destructive in the long term. It’s fine to say, “you do you”, but to be made to stand and cheer on people who are willingly going down a destructive path is insane.

Most responses critical of what Maher had to say pointed out the price consumers have to pay if they want to eat healthier foods. That’s true, but completely misses the point Maher was making here: that there’s been an increase in people willing to overlook the genuine health risks of obesity.

Yes, healthier food is more expensive, but moderation and exercise are FREE. It costs nothing to take a walk. It doesn’t cost a penny to skip between meal snacks and desserts. Drinking water instead of soda if completely free. Drink tap water, I do. Unless you are in Michigan it isn’t going to kill you.

I understand the argument of being tired after a long day of work. I work long days as well. Always have. However, lifestyle choices, good ones make a world of difference. Get off the couch and move around! Put down the donuts!

I’m not endorsing making fun of fat people. That’s not the point here. Also, it’s ok to let people be who they are.  If someone feels comfortable with their weight, great! Just don’t expect us, or Bill Maher to throw you a party and celebrate being overweight. No one needs that much cake anyway!