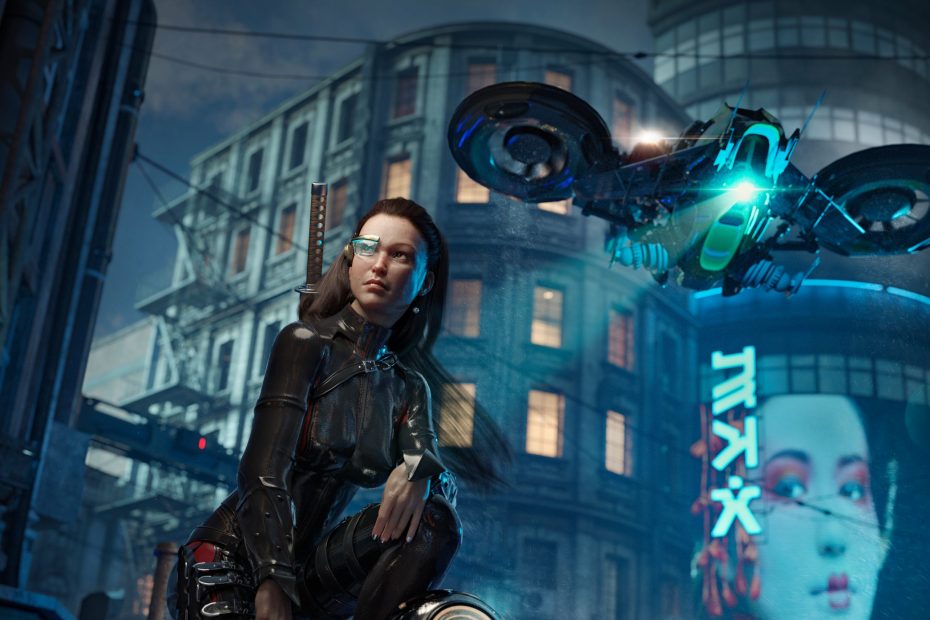 This amazing drone swarm which is capable of navigating its way through a thick bamboo forest completely independently is like something out of a sci-fi movie. In fact, the creators of these new drones say they were inspired by movies like Blade Runner and Star Wars Episode III to produce the cutting-edge technology.

The tiny drones are able to fly in a swarm, quickly navigating their way around even very tiny objects without needing any human assistance.

A team of robotic engineers at Zhejang University in China took the amazing footage of the electric-blue swarm flying in unison through a thick Chinese bamboo forest.

“Here, we take a step forward (to) such a future,” said the team’s leader Xin Zhou of their creations.

The drones were designed to have good mobility and to fly in a group, and so are only about the size of a human hand. They are able to use depth cameras, altitude sensors and an on-board computer to fly without human-control.

A cutting-edge algorithm allows each individual drone to have advanced collision-avoidance technology and to move effortlessly as part of a swarm.

Zhou said that the creation of the drone’s movement as a swarm was “inspired by birds that fly very smoothly in a free swarm through even very dense woods”.  He said the aim was to produce a small, lightweight device but with uncompromised flight-time and trajectory accuracy.

The technology was tested in a variety of challenging environments, including in heavy drone traffic in which the swarm had to avoid other drones, and a test which involved the swarm following a human’s movements through a wood.

While drone swarms have been tested in the past, the tests have usually been performed in far more open environments with very few obstacles or with the swarm’s flight-path already logged into the device’s on-board system.

Scientists say the swarm could be used to help map out areas in natural disasters such as forest fires, floods or buildings made unsafe by earthquakes, as the technology does not rely on any outside structures such as internet or GPS.

The swarm could also be trained to lift, move or carry heavy objects.

Of course, there is always the possibility that swarms like these could be used by enemy forces or terrorists.

“Military research is not shared with the rest of the world just openly, and so it’s difficult to imagine at what stage they are with their development,” said robotics expert Enrica Soria from the Swiss Federal Institute of Technology.

A swarm of 10 bright blue drones lifts off in a #bamboo forest in #China, then swerves its way between cluttered branches, bushes and over uneven ground as it autonomously navigates the best flight path through the woods. pic.twitter.com/KylAlWWG8a

“This is the first time there’s a swarm of drones successfully flying outside in an unstructured environment, in the wild,” she said.

It could only be a matter of a few weeks before drone swarms like these are used in real-world scenarios, but the technology will have to under-go further tests first – including in inner-cities where the drones would inevitably encounter numerous collision possibilities.

Sonia also pointed out that regulation laws also need time to adjust, to ensure the safety of the public.