WATCH: Alex Jones Calls Out Epstein and The Clinton’s During Trial 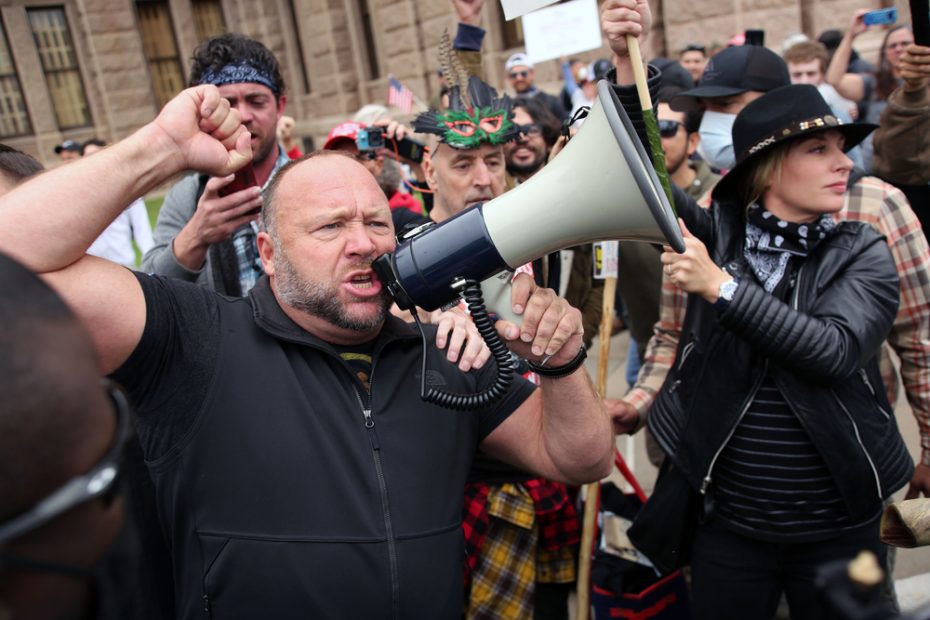 Jones took the stand to address questions from Sandy Hook’s parents’ attorney Mark Bankston about information from InfoWars referring to the trial’s Judge Maya Guerra Gamble. The exchange can be seen in a film that was uploaded to YouTube by the Law & Crime Channel. Bankston questioned Jones about the content of InfoWars about the judge.

The Daily Caller provided this dialogue of the legendary exchange:

“One of the things you’ve been talking about a lot recently on your show, even within the past couple of months, is your allegation that government officials are aiding in pedophilia, child trafficking and the grooming of children, right?” Bankston asked Jones.

“You mean like, what Jeffrey Epstein did with the Clintons?” Jones immediately responded, apparently referring to notorious convicted child sex trafficker Jeffrey Epstein who reportedly had a close, personal relationship with former President Bill Clinton and his wife Hillary.

It’s even better watching the moment he said it:

As some of you may already know, Alex Jones previously predicted that Jeffery Epstein was a pedophile way before Epstein was ever convicted in 2008 for child prostitution charges. Even Joe Rogan himself admitted Alex Jones was right about Epstein, decades before Epstein’s sinister crimes came to light:

It’s not too outrageous that Jones was placing the Clintons and Epstein in the same category either.

According to a report by the Daily Mail, Jeffrey Epstein went to the White House 17 times during the early years of Bill Clinton’s time in office. The Daily Mail which was also able to obtain visitor records reveals that the wealthy convicted pedophile, who passed away in 2019, had visited the Clinton White House twice on the same day on three separate occasions.

During one of his trips, on September 29, 1993, Epstein went to an event at which he and his claimed mistress who has now been convicted of child sex trafficking Ghislaine Maxwell, were photographed beside Bill Clinton. The event was held in recognition of the financier’s donation of $10,000 to assist in the renovation of the building.

Epstein made his first trip to the White House on February 25, 1993, according to the visitor records, which were acquired by the Mail via a request made to the Clinton Presidential library. This was only a little over a month after the Democrat was sworn into office for the first time. According to the report, during that particular visit, his destination was indicated as “WW,” which seems to stand for the West Wing, and his invitation was extended by “Rubin.”

Before President Trump was banned from practically every platform, Alex Jones was originally the most banned political figure on the planet. Jones has gone on record exposing government secrets such as Operation Northwoods, the gulf of Tonkin incident, Bohemian Grove, and much more.