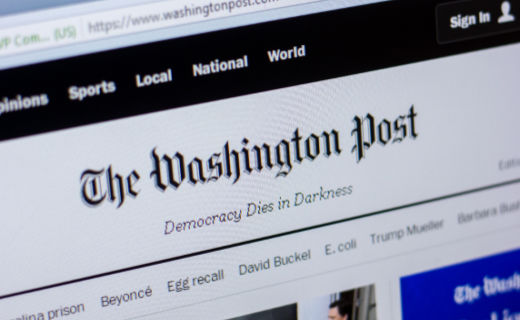 In a tweet about two years after the Minneapolis Black man’s murder, the Washington Post falsely stated George Floyd was shot & murdered while in police custody. “On May 25, 2020, George Floyd was shot and killed in police custody. His death sparked outrage, wide scale protests and calls to change policing. Two years later, what has—or hasn’t changed,” The tweet from the Washington Post on Monday included a link for readers to share their comments.

WATCH video about the error:

The post was quickly deleted and replaced with a fresh tweet asking, “Tell the Post: How have things changed in your community since George Floyd’s death?”

At the same time, The Washington Post sent out another Twitter, noting that a “previous tweet” for the user input form “included language that was changed” after it was published, per report.

The Post does not say what the preceding tweet was about or whether it contained any inaccurate information.

The initial tweet’s language was also briefly noticed on The Post’s website, which also advertised the reader submission page.

Floyd was murdered by Minneapolis policeman Derek Chauvin, who was seen resting his knee on Floyd’s neck for nearly eight minutes in recordings captured by onlookers and police cameras after Floyd was apprehended suspected of possessing counterfeit money. Images of Floyd’s death sparked worldwide outrage, resulting in protests, riots, and calls for police reforms.