(VIDEO) Inside ‘Neom’: Saudi Mogul’s Mind-Boggling Plan for a 105-Mile Futuristic Desert City Which Will House 9-Million and Cost $1 TRILLION 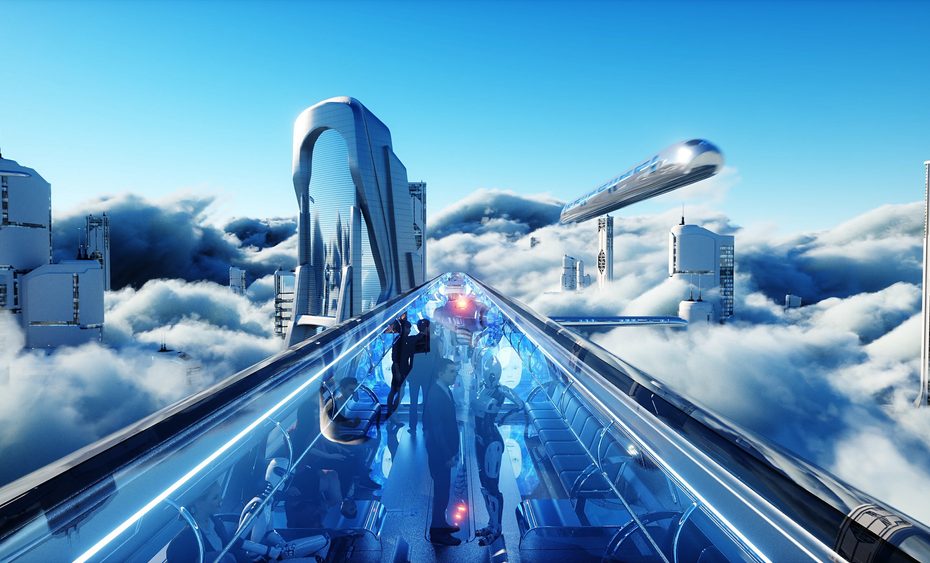 You’d be forgiven for thinking you’re looking at stills from the latest Hollywood sci-fi flick when you see photos of the plans for Neom.

The scale and design of the massive 105-mile mothership-like city is so breathtakingly innovative, it’s been dubbed the ‘pyramid of the 21stcentury’.

Neom means “new” in Greek and “future” in Arabic, and it really doesn’t get much more futuristic than this!

The finished city which would be located in the barren desert in Saudi Arabia would be home to 9 million people. According to the plans which were drawn up by Saudi’s Crown Prince, Mohammad bin Salman, the city will feature flying cars, a fake moon and an army of robots to harvest food.

The cost so far for creating this dream-like world is around $1 trillion. But what do you expect when you’re trying to create a city which features animatronic dinosaurs – yes, those too.

While Saudi is rich in oil, questions have been raised about whether it will be able to fund such a fantastic venture, even with its $620 billion wealth fund to play with. Not to mention the small fact that flying cars don’t exist yet either…

But Bin Salman, 36, has insisted the pencil-thin, high-sided space-age dream must be completed by 2030.

Upon landing at the proposed site for Noam in a remote region of the Saudi desert in Tabuk, the Crown Prince reportedly stepped out of his helicopter and said: “I want to build my pyramids”.

The plans are so out-there that, according to Bloomberg, they include flying lifts, a ‘spaceport’ and a ski resort which will be created by blowing a chunk out of a nearby mountain. The city will include a harbor jutting out onto the Red Sea for tourists to visit Noam.

According to reports, Bin Salman is an avid fan of sci-fi and he commissioned special effects designers and graphic artists who worked on movies including Guardians of the Galaxy, Dark Knight, World War Z and I Am Legend to create the ultimate city of the future.

The main element to Noam will be known as The Line – two long, extremely tall, mirrored blocks adjacent to each other with what appears to be a man-made river running between the two.

The blocks will be 200 metres wide and 500 metres tall and will be connected by a series of bridges and walkways. The Line is so long that the design features gaps to allow for the Earth’s curvature, but a high-speed underground train will allow residence to travel from one end of the Line to the other in just 20 minutes.

There will also be garden parks, media centers, food production facilities and a 1000ft stadium where Bin Salman envisions robots in gladiator battles.

These pics aren't from FinalFantasy or some other futuristic #Videogame.

It's a #Saudi Vision for its new city called #TheLINE in #NEOM, Saudi Arabia. 🧬

The imaginative Crown Prince, whose nation boasts an extremely poor human rights record said Noam will be “a civilisational revolution that puts humans first” and said its citizens will live in harmony with nature.

He plans to pump water to the desert city from the Red Sea and use the blistering desert sun to provide it with a clean energy source.

So far, none of these elaborate ideas have come into fruition, although with other Arab nations like Dubai successfully creating ultra-modern living in the desert heat, some elements of Noam may one day become reality.