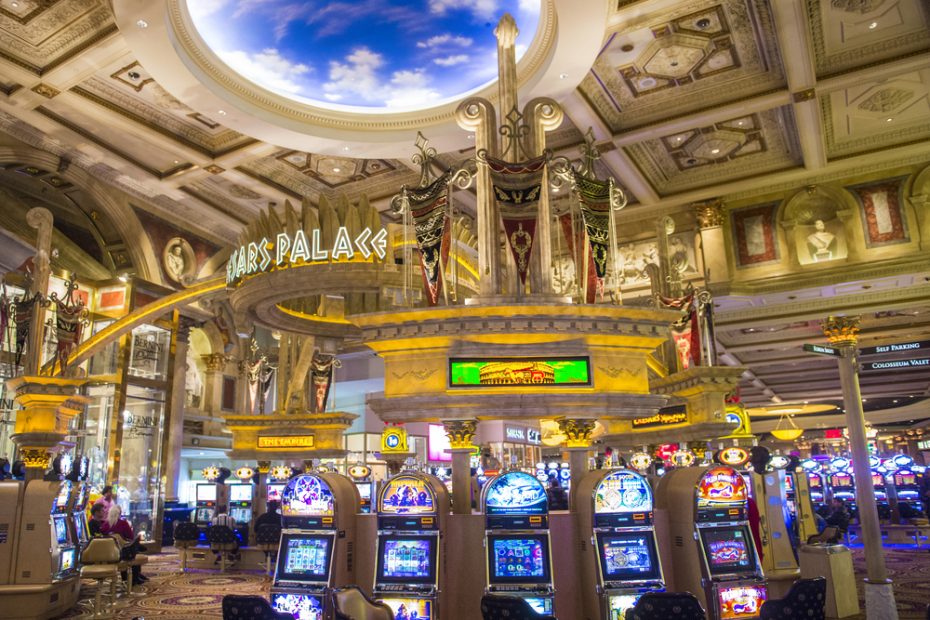 Casinos and luxury hotels resemble giant swimming pools as flood water can be seen pouring through ceilings and doorways in shocking footage.

Thunderstorms across Nevada, Missouri and Kentucky have led to dangerous flash floods in many areas as record-breaking rainfall levels have left families stranded and buildings submerged.

World famous casinos and hotels were submerged in flood water from the torrential rain. Road across the city became impassable and some footage shows half-flooded cars abandoned on highways which resembled rivers.

Authorities have warned the worst may not be over as even more rain is on the way.

In a video shared online, the famous Caesar’s Palace casino and resort looked like a sinking ship.

Water can be seen pouring over balconies, drenching slot machines and forming a pool on the lower floors.

Another clip shows floodwater bursting through the ceiling of Planet Hollywood on the Las Vegas Strip. Shocked casino-goers can be seen standing back as a small jet of water from the roof douses a card table before the ceiling buckles and a gush of water cascades down in front of them.

“Electric surges set the fire alarms of several buildings off, causing fire responders to have to head out into the storm to respond to them.”

Monsoon season naturally happens in Nevada between July and September, although according to economic geologist at the University of Las Vegas, Simon Jowitt, flash floods remain a rarity in the city:

“We’ve got good drainage systems but sometimes the water just overloads them,” he explained.

“It can also be dangerous for homeless people who sometimes live in the drainage systems for shelter.

Video I received from an employee working near the sports book at Circa. Clean up after flooding that just occurred. You definitely don’t see this everyday. @8NewsNow #8NN

“The other thing is that we don’t often get rain so it’s hard to check whether roofs and the like are actually waterproof; probably what has happened in the casinos tonight,” he continued.

“These rains don’t happen that often, but we’ve had a few days in a row now.”

While there have been no injuries reported, the flooding has caused severe disruption, damage and delays across the region.

Flashfloods also swept across St Louis, Missouri this week as rainfall reached an all-time record high for the past 100 years.

Two people have died as a result of the flooding so far. The body of a man was found on Wednesday after he had abandoned his vehicle about a mile away. Another man believed to be in his 60s was also found dead on Tuesday. His car had been submerged with water.

Six children and 14 adults were rescued from a day-care center in the city after it became flooded and electric sockets began to emit sparks as the water touched them.

Meanwhile, in Kentucky at least 16 have been killed by the flooding which has taken out entire towns in the state in what experts are calling the most disastrous example in its history.

Additional downpours are expected this weekend and the death toll is also predicted to rise across the state.