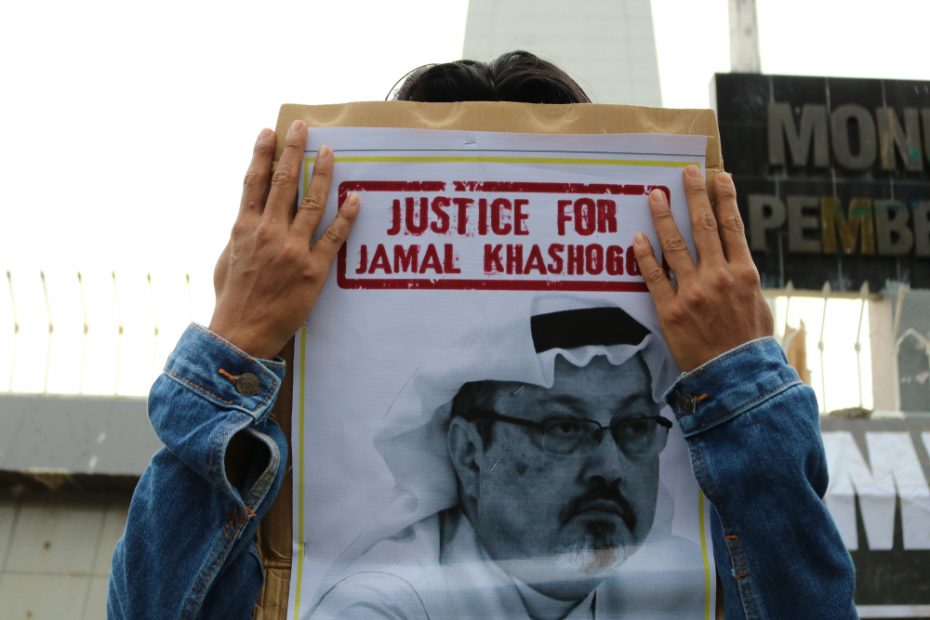 The local council voted to change the name last year to ensure the Washington Post contributor’s memory and death “cannot be covered up”.

Sarah Leah Wilson, the executive director of DAWN, a pro-Arab democracy organization which was founded by Khashoggi said:

“We intend to remind the people who are hiding behind these doors… that we hold them responsible and we will hold them accountable for the murder of our friend.”

The well-timed piece of trolling comes just before Joe Biden’s controversial visit to Saudi Arabia, which will include a meet-up with the Crown Prince, Mohammad bin Salman.

The US-based journalist and author who covered Middle Eastern news was killed and dismembered on orders from Mohammed bin Salman as he visited the consulate in Istanbul in October 2018.

Salman at first denied any involvement in the killing of Khasoggi, who was injected with a lethal amount of a drug, but has since admitted that he was killed in the consulate after his officials attempted to re-patronize him.

Biden has come under fire for the planned trip to Saudi, particularly as he was vocally critical of (then) president Trump for diplomatically working with the nation because it has a dire human rights record.

“Can you at least ask (the crown prince), ‘Where is Jamal’s body?,” she added.

Arabian human rights groups have also condemned the visit, with some accusing Biden of going back on his promise to “protect” Saudi Arabian dissidents:

“Right before inauguration, he [Biden] said he will be sure to protect Saudi dissidents – those were his words,” said Abdullah Alaoudh from the Democracy for the Arab World Now thinktank.

“We’re not protected by someone shaking hands with the same person who is threatening us every day and taking our families hostage due to our activism here in the US.”

Alaoudh, whose author and cleric father Salman al-Odah has been in prison in Saudi since 2017 for criticizing the government, said Biden had “betrayed” the Saudi people:

“It’s a betrayal of me, who has been threatened every day, it’s sanctioning the authorities trying to execute my father, banning my family from travel, arresting my family members and threatening everyone I know simply because they know me.”

Dr. Salman Al-Odah, who has been detained for more than 4 years,
and under torture and solitary confinement, he lost half of his hearing and half his seeing. pic.twitter.com/88bNatvWcu

“There’s no doubt we think the Saudis’ violation of human rights, the Khashoggi murder — dismemberment, horrific actions — and to the extent that the crown prince seems to be responsible for that, is a problem. But circumstances have changed very badly,” said House Majority Leader Steny Hoyer, Maryland Democrat.

Presumably they mean Biden is now desperate to bump up his approval ratings as gas prices continue to sky-rocket. Some will question whether rubbing shoulders with blatant human rights violators is the way to do it.