Tyler Perry Weighs In on “The Slap” 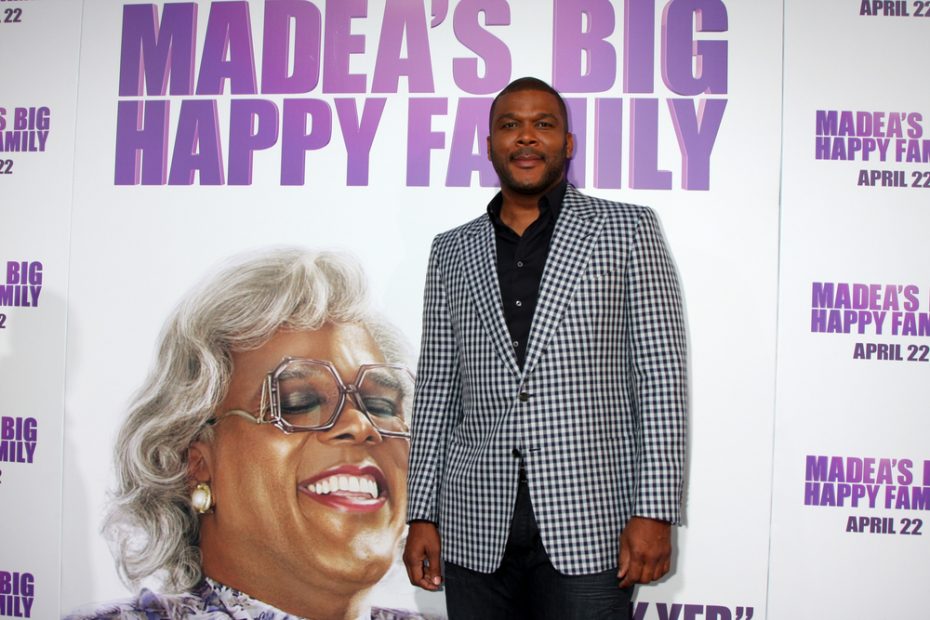 Anyone alive and conscious in March remembers a certain iconic moment, at least pop culture wise.

When The Fresh Prince, Will Smith slapped comedian Chris Rock for poking fun at his awful wife Jada Pinkett, the internet went up in flames.

It was a welcome respite from the awfulness going on in the country politically and economically thanks to Joe Biden.

Three months later, an unexpected hero is getting his unslapped  face out there and reminding everyone about “the slap” and his role in it, ostensibly to take everyone’s mind off of the 5 dollar a gallon gas? Probably not.

Tyler Perry admitted being friends with Will Smith and Chris Rock following the infamous Oscars slap has been “difficult.”

Perry opened up during a panel at the Tribeca Film Festival about what was actually happening when the photograph of him talking to Smith was taken immediately following the slap during the Oscars ceremony on March 27.

Smith slapped Rock while the comedian was presenting the Oscar for best documentary feature.

“There’s a difference between comforting and deescalating, that’s No. 1. And I left early to get to Chris to make sure he was okay,” Perry told host Gayle King. “Being friends with both of them has been very difficult.”

Tyler Perry is speaking about his role in the aftermath of the Will Smith/Chris Rock slap at the Oscars https://t.co/xXlpkvIazH

Trust me, as painful as it was for all of us in the room, it was as painful for Chris, who was a pure champion for the way he handled it,” he added. “But I want you to understand that something happened that was extremely painful for [Will] as well. That is no excuse. He was completely wrong for what he did. But something triggered him — that is so out of everything he is.”

“And I’ll tell you, when we walked over to him, he was devastated. He couldn’t believe what happened. He couldn’t believe he did it,” the filmmaker/actor recalled of Smith’s demeanor. “I’m looking at this man in his eyes going, ‘What are you doing? This is your night.’ And to get all the way to this moment, winning an Oscar, that was one of the crowning moments of his career that he wanted so desperately, and to have something like that happen….”

Well Madea, of course it was painful for Chris. He got the snot slapped out of his pretty face! Plus he got embarrassed on national tv,  and he got yelled at by the Fresh Prince. I always thought Will left his anger and aggression in East Philly. I guess you can take the kid out of East Philly….you know the rest.

He apologized to Rock via Instagram following the physical altercation.

Pinkett Smith has called for the two to “reconcile.”

“Now about Oscar night, my deepest hope is that these two intelligent, capable men have an opportunity to heal, talk this out and reconcile,” she said during a recent episode of “Red Table Talk.”

Apologizing over Instagram is a coward move, because you don’t want to risk a retaliatory smack in the kisser. Chris and Will need to sit down across a table after all these months and discuss what’s important. You know, Tyler Perry’s feeling and how to lose that nasty wife of Will Smith’s. Then we can all have closure and maybe sleep at night.