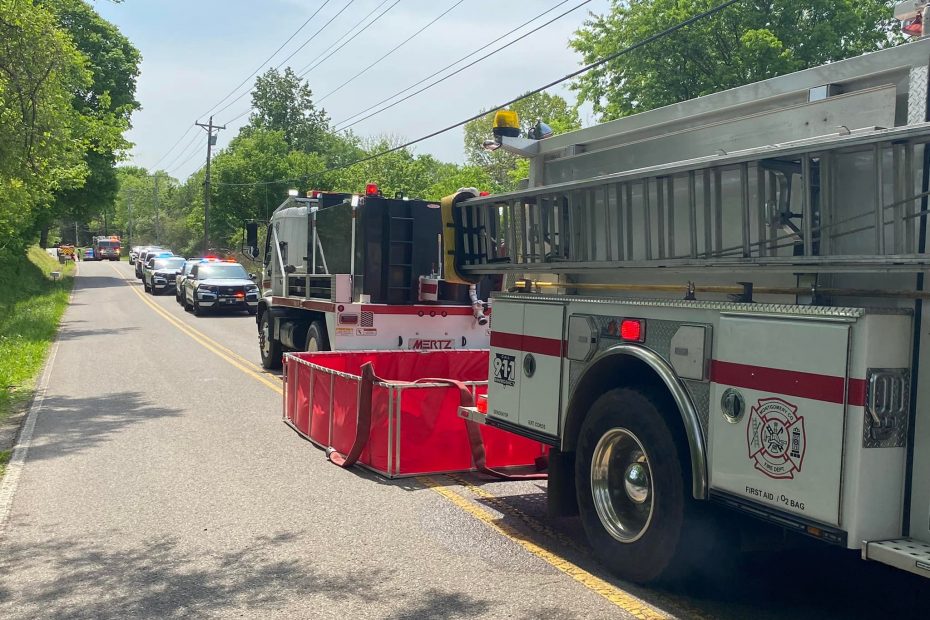 On May 2nd, 2022, at approximately 1:31 PM, dispatchers at 911 received a call about a house fire at 646 Briarwood Rd in Montgomery County, Tennessee. By 1:38 PM, within 7 minutes, deputy Zach Fortner and Cody Evans had arrived on the scene. The pair quickly discovered that two children had been trapped inside the burning house. The deputies used a nearby ladder to enter the bedroom window where they located the two children in the smoke-filled home. They were able to save the children from the burning building despite smoke hindering their sight and ability to breathe easily.

Emergency medical services arrived on the scene and immediately provided care to the two deputies. The deputies were later transported to Tennova emergency room Sango for treatment of smoke inhalation. Both deputies, Fortner and Evans, are listed as in stable condition and will go undergo continued observation overnight.

Ed Baggott, director of the Montgomery County Emergency Management Agency, said that while the residence was not a complete loss there was significant damage to about 50% of the home. Investigators were on the scene currently working to determine the origin of the fire. Drivers were asked to avoid the area and officers were providing traffic control. 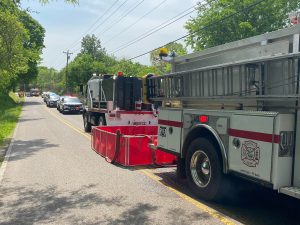 “I am proud of Zach and Cody for their selfless and heroic actions this afternoon,” Sheriff John Fuson said. “If not for these two deputies being on the scene as fast as they were, we would be reporting a very different and tragic story this evening. Because of their actions, these two children were saved, and a mother is rejoicing instead of grieving. God is Good!” 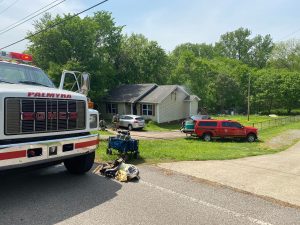 “The mother got out, and county officers pulled the two kids out, so everybody’s fine” Baggett said, adding that all three were taken to the hospital to get checked out. The children were returned to their mother where they remain in her care according to authorities. No further details were given about the children or the mother at this time.

The Mongomery County Sheriff’s Office Facebook page was full of praise for the two deputies and their heroic actions.  Cori Blankenship said, “Our officers are some of the best I have encountered anywhere! Deputies Fortner and Evans are awesome and further proved the heroism inherent in our country. Thank you, gentlemen, for continuing to show the courage and fortitude you have on duty every day!” Cissy Copeland expressed gratitude to the deputies, “These two deputies are definitely heroes! Thank you gentlemen for putting yourselves in harm’s way to rescue these children. God was watching overall in this situation!”

Other commenters on the sheriff’s Facebook page expressed prayers for a speedy recovery and hopes that they were quickly back on their feet.  Douglas Tackett prayed for a full recovery saying, “Prayers for a full recovery for both deputies great job!”  Leslie Carlson echoed Tackett’s sentiments, “Thank you deputies great job! Praying you recover completely and quickly.” every comment on the Facebook page were praising the deputies, wishing them a speedy recovery, or praising God for being there for these children and deputies.