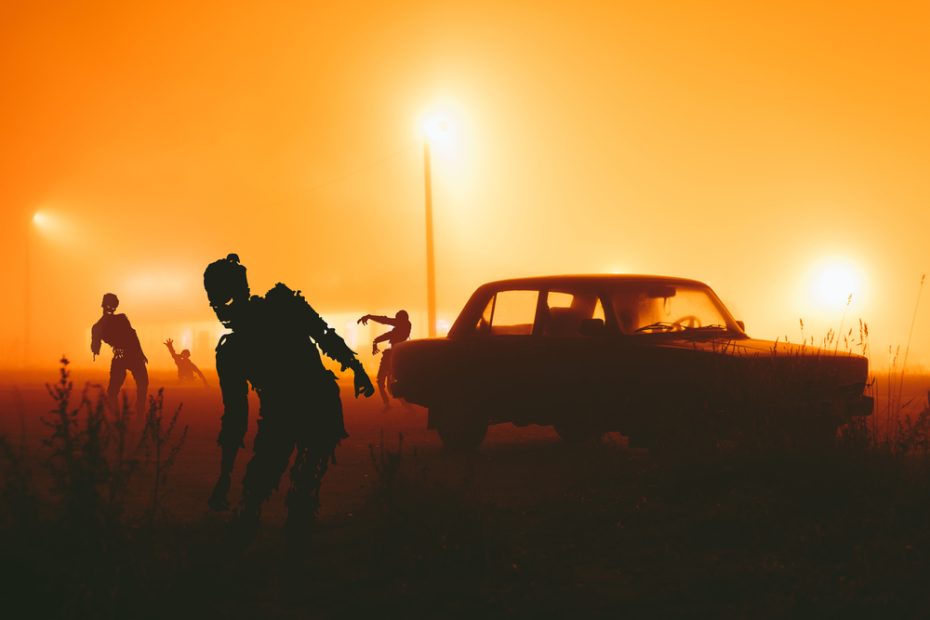 I loved Saturday Night Live as a kid. It’s not as if I understood the humor since I was pretty young when it premiered, it was just cool to be up so late watching something I probably wasn’t supposed to be watching.

Yep, I was a real rebel!

Once the 70’s turned onto the 80’s, SNL really hit its stride. Iconic comedians like Eddie Murphy, Dana Carvey, Mike Myers, Will Ferrell; just too many to list.

Sadly, the show has devolved into nothing more than virtue signaling, cheap political humor, and largely lacks the star power of its previous iterations.

Many former stars go on to movie success. Heavyweights like Adam Sandler, Bill Murray, Chevy Chase and Dan Akroyd have starred in movies and television since leaving the show.

Speaking of Chase and Akroyd, the iconic duo is reuniting for the first time since 1991 for a new R.L. Stine movie about zombies. Check this out from EW:

Aykroyd, 70, and Chase, 78 — will star in Zombie Town, a film based on the novel by Goosebumps author R.L. Stine that’s now in production in Ontario, Canada.

This is the first movie to feature both actors since 1991’s horror-comedy Nothing But Trouble, which Aykroyd also wrote and directed. It was infamously lampooned by critics.  Former SNL colleagues, Aykroyd and Chase also worked together on 1985’s Spies Like Us and 1988’s Caddyshack 2.

Admittedly, I saw all of those movies when they came out, and can safely say Nothing but Trouble was awful, Spies Like Us was just ok, and everyone involved with Caddyshack 2 should have been arrested and locked up. It was that bad.

I’m not familiar with the Goosebumps series, except that it is geared for young teens, so Chase and Akroyd will need to water down some of their humor for the kiddos.

The duo tried to get a separate movie off the ground around 2012. Aykroyd wrote on Facebook at the time that they were “about to start work on a script concept for a comedy movie.” Aykroyd wrote of Chase, “The joy of working with him again is one that I am extremely excited about. Chevy is one of my favorite people, and one of the great anarchistic and physically committed comedians in the business.”

Chevy Chase is also famously difficult to work with and was essentially fired from his NBC sitcom “Community” for alleged racial slurs aimed at costar Donald Glover.

Either way it will be interesting to see if any chemistry still exists between this iconic duo.

Zombie Town follows Mike, a projectionist at his local movie theater in Carverville. He’s terrified of zombie movies, but his best friend and crush, Amy, just loves them. So when the new zombie flick from Amy’s favorite director is set to premiere on Halloween at his cinema, Mike decides to show her the film early. The two find out the reel is cursed, transforming everyone in town, except for them, into the undead.

Yea, like I said, definitely aimed at 13-year-old kids. Evidently Chase and Akroyd are being brought along to cross over appeal to the parents of the aforementioned 13 year olds.

Zombies are hot property still, R.L. Stine is insanely popular, and you have some star power with Chase and Akroyd. Probably a streaming option for me, but if you have tweens in the house, good chance you will be doing the zombie thing when this flick hit theaters.