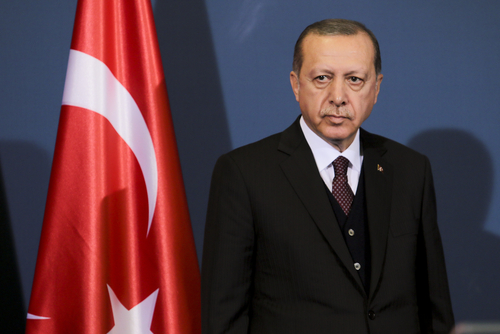 Gulsen Colakoglu, a Turkish popstar, was released from jail but placed on house arrest after allegedly making jokes about Islamic religious schools in Turkey. She now awaits trial on charges of “inciting hatred and enmity.”

At a concert, the pop star joked that the “perversion” of one of her musicians was because he attended a religious school in the country. This school, when built, was intended for the training of imams.

Her words were, “He studied at an Imam Hatip previously. That’s where his perversion comes from.”

The 46-year-old singer was then invited for questioning concerning this joke. Following the investigation, she was ordered to be arrested and booked in jail, pending a court trial.

Turkish singer and songwriter Gulsen was arrested on Thursday on charges of “inciting hatred and enmity” for a joke she made at an Istanbul concert in April, sparking outrage on social media. https://t.co/oS7dJq7b80

The Turkish press, Anadolu Agency, recently reported that the singer’s lawyer tendered a request to release her from jail. The request was granted, but the singer was placed on house arrest and ordered not to leave her home or risk going back to jail. The court accepted this bail request after considering that Gulsen had a child to look after. In addition, she is not a flight risk and is unlikely to destroy evidence that can be used in this case.

Her attorney, Emek Emre, said he was happy that his client would “spend the night at her own home with her child.” However, he was also going to request for her to be removed from house arrest.

This arrest drew controversy on social media, especially from the opposition parties, who have always questioned the independence of the country’s judiciary.

The president and most of the members of his Islam-based party are graduates of these same Islamic schools. Under Erdogan, the current President of Turkey who promised to raise a “pious generation,” the number of these Islamic schools has significantly increased.

Critics also slammed this arrest, saying the president was only making efforts to influence the opinion of Turkish religious and conservative citizens in his support ahead of the upcoming elections.

They added that Gulsen was also a perfect target as his scapegoat as she is widely known and disliked among conservative and religious citizens. She has been a target among Islamic groups for a long time due to her revealing outfits and rebellious ways. At a concert, Gulsen once raised an LGBTQ flag which was not well received by the conservative Muslims in Turkey.

Since the video of her recent scandal surfaced online, many have pushed for her arrest with hashtags all over social media.

Protests also broke out in Istanbul over the weekend following the arrest. The organizers of the Istanbul protest said, “Hundreds of women would be alive today if men who assaulted other women were captured as fast as Gulsen was.”

Protesters also added that this arrest was just a display of how “women who don’t fit the mold” are treated in Turkey. They said it depicts “the type of woman the government” wants in Istanbul and the ones the Islamic ruling party does not wish to see in the country.