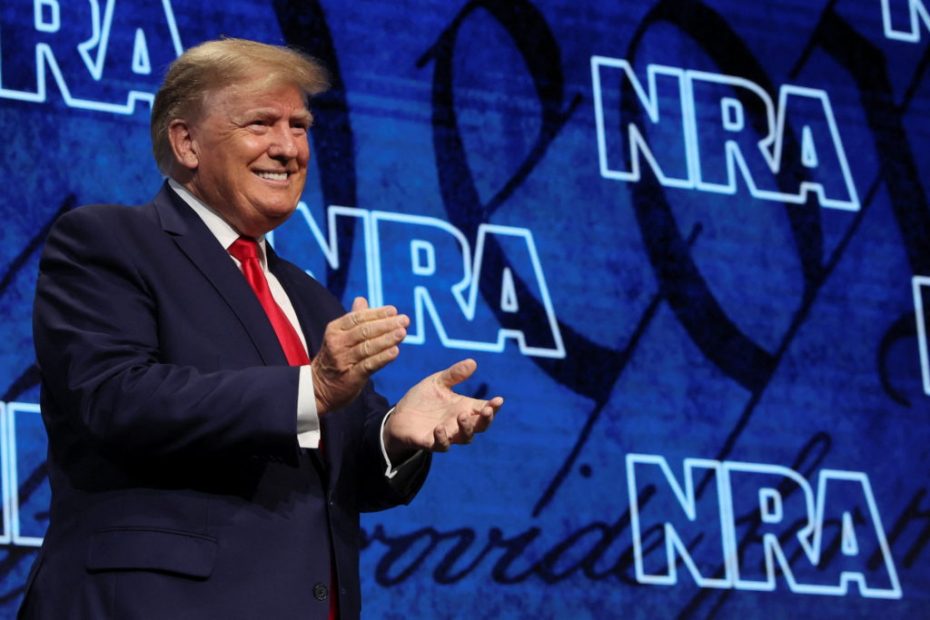 At the National Gun Rifle Association’s convention last week in Houston, TX, Trump gave a compelling speech that railed against gun control and addressed the need to focus on mental health and school safety measures.

TRUMP at @NRA Convention: "The existence of evil is one of the very best reasons to arm law-abiding citizens." pic.twitter.com/hrc1cJWRmP

After a moment of silence in honor of those who were killed in last week’s shooting in Uvalde, he said the nation needed to unite around a common solution but called out Democrats for their radically progressive agenda on gun control.

“Now is the time to find common ground,” Trump said. “Sadly, before the sun had even set on the horrible day of tragedy, we witnessed a now-familiar parade of cynical politicians seeking to exploit the tears of sobbing families to increase their own power and take away our constitutional rights.”

Texas Republicans are pushing back on proposed legislation by Democrats to further infringe upon the 2nd Amendment, which many Republicans believe will eventually lead to the confiscation of guns from private citizens.

“Let’s not pretend that those on the left are just talking about limiting one class of gun or one category of ammunition,” Trump said. “They’re not doing that. We all know they want total gun confiscation, we know that this would be the first step,” he added. “Once they get the first step, they’ll take the second step, the third, the fourth, and then you’ll have a whole different look at the Second Amendment, which is, by the way, totally under siege. But we stopped it for four years. We stopped it.”

Trump went on the explain that mental health is what we should be focusing on, not taking guns away from responsible American citizens.

“We need to drastically change our approach to mental health,” Trump said. “Always so many warning signs…almost all of these disfigured minds share the same profile…when people see something whether on social media or in school, they need to say something,” he told the crowd.“All of us must unite, Republican and Democrat, in every state and at every level of government to finally harden our schools and protect our children. What we need now is a top-to-bottom security overhaul at schools all across our country.”

As part of that overhaul, Trump suggested that school buildings should have one entrance, reinforced fencing around the schools, and metal detectors, which are already in place in many public high schools in inner-city schools across the nation.  He also said that  Every school should have armed officers, and trained teachers should carry concealed weapons.

Trump’s suggestion that school buildings should have just one entrance is a sentiment shared by Senator Ted Cruz. But School and safety experts say that these measures are not possible because many schools — especially those in cities like New York — have thousands of individuals entering and exiting the building, and having access to only one entrance would take hours. Having a single entrance could also pose a fire hazard.

Trump: If the U.S. can send $40 billion to Ukraine, 'we should be able to do whatever it takes to keep our children safe'https://t.co/pKUCmmbH0Y

Trump agrees with many Republicans who insist that responsible, legal gun ownership is the best defense against a dangerous person who is armed. “In the absence of a member of law enforcement, there is no one you would rather have nearby when a crisis strikes than an armed expertly trained member of the NRA,” Trump said.