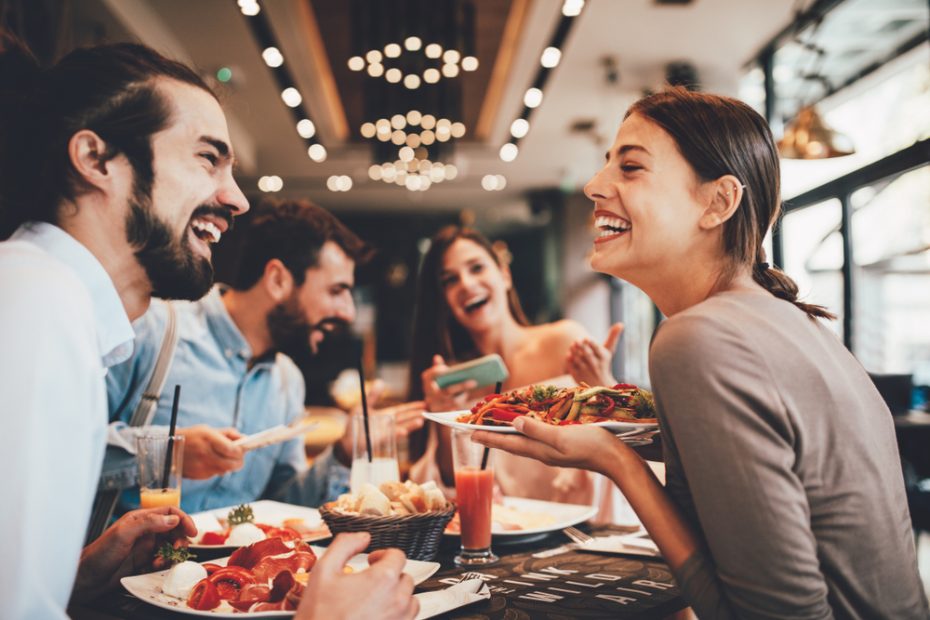 Man, nothing better than a nice meal out, right?

Personally, I’m a patio person. Nothing like a nice night on a patio with a little music and a couple frosty beverages.

Unfortunately, Covid crippled the industry in many states, and the business is coming back very slowly.

Not in Florida though! Governor Ron DeSantis actually followed the science and left his state open when most were rolling up the sidewalks and hiding in the basement. Turns out, Heavy D was right, and Florida has benefitted as a result.

Other states, like Minnesota and Illinois? Ouch. They are suffering as a result of extended draconian lockdowns and poor public policy regarding Covid. The Dem leadership doesn’t help either.

Recently some numbers were released that sheds some light on what’s going on in the service industry across red and blue states, and the results speak volumes. Let’s check Fox News for the tasty details:

Establishments in deep-blue cities that faced both excessive COVID-19 restrictions plus violent protests in 2020 are starved for diners, according to global data.

The same source shows that Sun Belt boomtowns in Florida, Texas and Arizona are busier than ever and enjoying a massive surge in restaurant business this year.

The divide between the two is startling.

This is called LEADERSHIP during crisis.

Thanks to @GovRonDeSantis Florida has four of the top six surging cities in America, with the avg number of people dining out in Miami, Fort Lauderdale, Naples and Tampa up nearly 30% from July ‘19 to July ‘22.https://t.co/VkfIUb8FXS

It makes sense to me that the blue cities would be struggling. Dem run cities tend to be soft on crime. Who wants to be harassed by homeless people or BLM protesters while trying to have a nice meal out?

Remember all the videos from the last couple of years of protesters with bullhorns insisting diners bow a knee to their militant BLM cause? Who wants that nonsense? Who wants to be threatened by homeless people and protesters?

The short answer is no one! The data reflects that.

The number of daily diners in the city of Minneapolis was down an average of 54.3% in July — so the city had less than half the number of people eating out, compared with July 2019, according to OpenTable.

It’s the worst recovery of any city in the world tracked by the restaurant reservation service.

The state of Florida, meanwhile, has four of the top six surging cities in America, with the average number of people dining out in Miami, Fort Lauderdale, Naples and Tampa up nearly 30% from July 2019 to July 2022.

Well, to be honest I’d rather do anything in Florida versus Minnesota, Illinois, or New York, not just dine.

Florida boasts lovely weather pretty much year-round, fresh seafood, and most importantly a political climate that acted with some common sense and took care of its people and economy.

The city also enacted a vaccine mandate for restaurants in January 2022 that it lifted in February after facing a lawsuit from local businesses; it nearly voted to defund its police last year; and it’s in the midst of a massive crime surge.

I know this gets thrown out way too often, but it’s simply another example of “go woke, go broke”. People are tired of being shouted at, harassed, and vilified for wanting a drink at a bar or a cheeseburger on a patio.

Now these blue states are feeling the results of their bad policy. Good. If businesses suffer, perhaps people will reevaluate their elected officials in terms of public policy and stance on crime.

You lock down, defund police, and allow people to act like wild animals, your economy is going to suffer as a result. Remember kids, go woke, go broke!