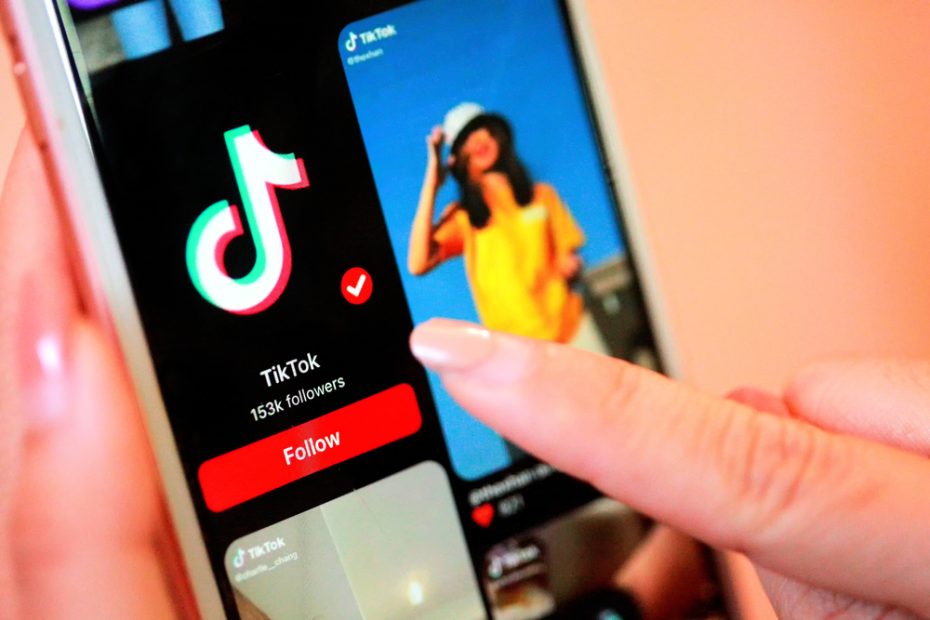 TikTok is well known among younger kids who are allowed to have social media at such a young age. Everyone seems to be into it, even the parents are watching videos with their children, and we even see older people on the platform. In the majority of the videos, people are doing provocative or inappropriate dances, even some of the grandmas.

It seems to be a whole lot of people looking for attention. Sure you’ve got other videos such as cooking videos, funny videos, and trendy ones that are not dancing, but in comparison, the number of other videos doesn’t hold a candle to the amount of ‘dancing’ videos. However, there now seems to be a new trend going around on the social media giant.

It started with little things like doing inappropriate dances in front of moms or grandmas to get their reaction, then to yelling nonsense or inappropriate things in grocery stores and the public, next came the huge trend where people were going to theaters during the new Minion Rise of Gru movie. People were going to grocery stores in troves, and making a long checkout line all buying one single banana, in theaters they would make such a ruckus by yelling and making noises while making TikToks and more causing normal people trying to enjoy the film couldn’t. Some theaters had issues so bad resulting from this disruptive behavior that they had to refund many customers, causing them to lose money. Some theaters – rightfully so – banned the TikTokers from returning.

You’d think things would slow down when the light was shed on such acts, but this younger generation seems to think that light might be the limelight, as now we see TikTokers being banned from sacred sites as well.

TikTok Creators Have Been Banned From Sacred Sites In Nepal For Being ‘Nuisances’ https://t.co/u0xb6J5Y5w

Buddhist priests in Nepal are restricting TikTok video makers from involving their country’s strict legacy as a phase for the social media giant calling it all just a big “nuisance”.

There’s nothing that cheapens and disrespects any type of sacred place more than trying to get views and internet clout and using the places as a backdrop as the TikToker is recorded making statements or doing some sort of dance. What’s more, is that there has been an increase in the number of people visiting these sites simply to use them for their video shoots.

Nepal has concluded that with the recent influx of people visiting just to shoot internet videos that they are going to draw the line. They have set up “no TikTok” zones around multiple sacred sites that will be enforced by security companies, and Buddhist groups from the capital of Kathmandu along with others.

It looks like they aren’t cutting corners and are serious about this as they have also included signs around structures and sites saying “No TikTok”, even going so far as to install some CCTV cameras to help keep an eye on people and make sure no one is trying to shoot any TikToks.

“Making TikTok by playing loud music creates a nuisance for pilgrims from all over the world who come to the birthplace of Gautama Buddha. We have banned TikTok-making in and around the sacred garden, where the main temples are located,” Sanuraj Shakya, a spokesperson for the Lumbini Development Trust, told the World.

All it takes is one person to go viral and soon there will be troves of copycats trying to chase the same internet sensation, causing multitudes to flood these sites all making TikToks. Even if it doesn’t spark copycat TikTokers one influencer can bring troves of people who follow their every move flooding the sites just to create one 30-second or so video.

As for the bans, so far they have been carried out in destinations such as Lumbini, Kathmandu’s well-known Boudhanath Stupa, Gadhimai sanctuary in Bara, and Ram Janki Temple in Janakpur.