Tiffany Haddish Defends Herself After Being Sued For Child Sex Abuse 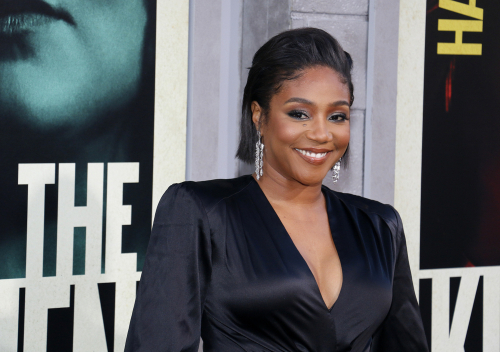 Veteran entertainer Tifanny Haddish, recently sued for alleged sexual assault on a child, has broken her silence about the suit. She released a lengthy statement via her Instagram account on Monday morning.

The lawsuit alleges that Haddish, together with popular comedian Aries Spears had committed this sexual assault on two different children. According to the lawsuit, the duo allegedly convinced two siblings to film sexually suggestive videos. One of the siblings involved was a 14-year-old girl, and the other was a 7-year-old boy.

The lawsuit also states that this manipulation started in 2013. According to the siblings, one of the video sketches was dubbed “Through a Pedophile’s Eyes.” They also claimed that the video was uploaded by Haddish and Spears to “Funny or Die.” It was reportedly removed from this site after several years.

A Jane Doe and her younger brother allege in a new lawsuit that Tiffany Haddish and Aries Spears recruited them into performing inappropriate, sexually suggestive acts in sketches when they were minors.

The details in this article are disturbing https://t.co/KV7z8zErqQ

Haddish wrote on Monday morning, “I know people have a bunch of questions. I get it. I’m right there with you. Unfortunately, because there is an ongoing legal case, there’s very little that I can say right now.”

She added that she would not be able to reveal many details about the allegations as it was still a case on trial in the court of law. Haddish mentioned that the sketches were indeed made, but with a comedic intention which explains why it was posted on “Funny or Die.” Haddish added that it was too late before she realized that there was nothing amusing in the sketch, and she regretted it.

She wrote, “But, clearly, while this sketch was intended to be comedic, it wasn’t funny at all – and I deeply regret having agreed to act in it. I really look forward to being able to share a lot more about this situation as soon as I can.”

Y'all… I found the Tiffany Haddish and Aries Spears video in the Wayback Machine. It's exactly as the kids described in the lawsuit. They did that shit, smfh https://t.co/vX7g8ZXKmA

This poor baby was only 7, smfh

This video sketch also allegedly shows the comedian Spears lusting over the younger sibling and molesting him. The suit also adds that Haddish was an accomplice in this action too. She was allegedly present during the filming of the entire video, aiding, abetting, and watching Spears molest the child.

The plaintiffs’ lawyer added that the mother of the children had been trying to pursue this case ever since she found out, but it was almost impossible as it involved big names like that Haddish.

“Every attorney who has initially taken on her case – and there were several – ultimately dropped the matter once it became clear that the claims were meritless and Ms. Haddish would not be shaken down. Now, Ms. Morris has her adult daughter representing herself in this lawsuit. The two of them will together face the consequences of pursuing this frivolous action.”

Both entertainers have been accused of sexual battery, gross negligence, sexual harassment, and sexual abuse involving minors. In addition, Haddish has also been accused of negligent supervision and breach of fiduciary duty.