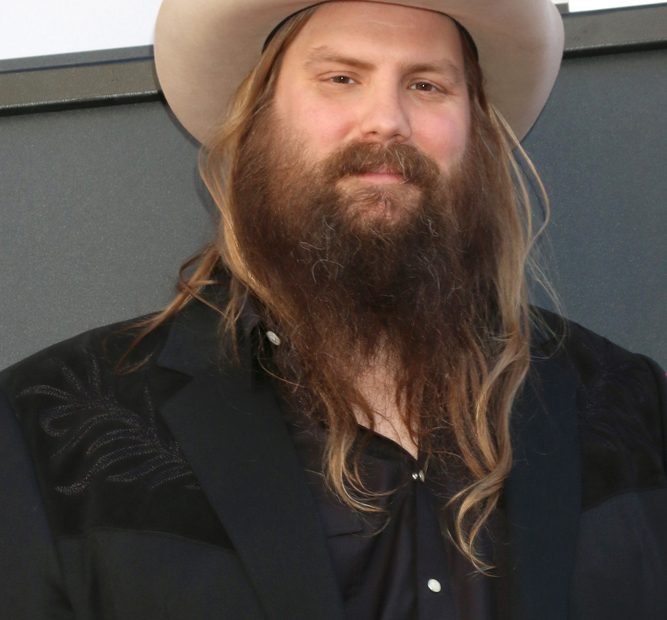 The once-in-a-generation flooding in Eastern Kentucky was insane. Entire neighborhoods washed away, heavy equipment flipped over, cars and trucks washed away. That’s not even to mention the loss of life.

Much infrastructure was destroyed as well. Eastern Kentucky will bear the scars of this natural disaster for decades.

Thankfully the Democrats in Washington have “thoughts and prayers” for the victims, while using the tragedy to push a climate change narrative. Typical. No mention yet of when Joe Biden or Kamala Harris will be touring the area. That’s a joke, they won’t go near.

Thankfully, corporations and Kentuckians have rallied to donate supplies, money and time to help support the victims and begin to rebuild.

One such Kentuckian, who just happens to be a country music superstar, was spotted shopping in a Walmart for supplies and helping a resident salvage items from his home.

Country music star and Kentucky native Chris Stapleton was recently seen helping out with the flood relief efforts that have devastated the eastern portion of the state.

Images circulating on social media showed Stapleton assisting with the recovery effort by purchasing supplies for flood victims at a Walmart in Prestonburg.

He was also seen helping a family move furniture from their home in Knot County, WKYT reported.

Chris Stapleton is loved in eastern Kentucky b/c he’s from Johnson County and he’s immensely talented. But also b/c of this. That’s Chris in the Prestonsburg Walmart buying stuff for folks and cleaning houses in Knott County. David Smith said Chris went unnoticed for awhile. 😀 pic.twitter.com/WbS1dMT2cP

For a country superstar, Stapleton has the unique ability to blend into a crowd. I once saw him at a very small concert venue in Lexington as he watched a band. No one realized who he was until the lead singer of the act playing (they are friends) pointed him out. He looks and acts just like a regular guy.

Stapleton is from Eastern Kentucky, and the flooding ravaged many parts of his home area of Johnson County. Being one of the good guys, Stapleton offered more than just thoughts and prayers. He got his hands dirty.

Through his charity “Outlaw State of Kind,” which he founded with his wife, Stapleton announced over the weekend that he is donating to the Kentucky Red Cross and the Appalachia Crisis Fund.

“Our hearts are with Eastern Kentucky & everyone who has been affected by the devastating floods throughout the region.” the Tennessee Whiskey singer tweeted on Saturday.

Our hearts are with Eastern Kentucky & everyone who has been affected by the devastating floods throughout the region. The Outlaw State of Kind Hometown Fund is donating funds to the Kentucky Red Cross and Appalachia Crisis Fund to aid those in need. pic.twitter.com/pYjo5BccC8

The devastation there is unthinkable. I’ve seen first-hand the damage massive flooding like this can inflict, and I’ve seen firsthand the years of scars it can leave on a community, especially a poor one.

We are a society that tends to quickly move on to the next thing. The news cycle loves to find the next tragedy and forget what just happened last week.

Often that will leave the victims, like the Eastern Kentucky flood victims, alone and struggling as yesterday’s news. With limited resources and infrastructure to begin with, many folks won’t be able to rebuild or clean up once the federal dollars dry up and the government forgets about them.

It takes good guys like Chris Stapleton and his charity to make sure these folks aren’t forgotten about and discarded like yesterday’s newspaper.